Among Toni's weekend pick: "The Mountain Top," a controversial stage play that re-imagines the events that unfolded inside the Lorraine Motel the night before Martin Luther King Jr. was killed. 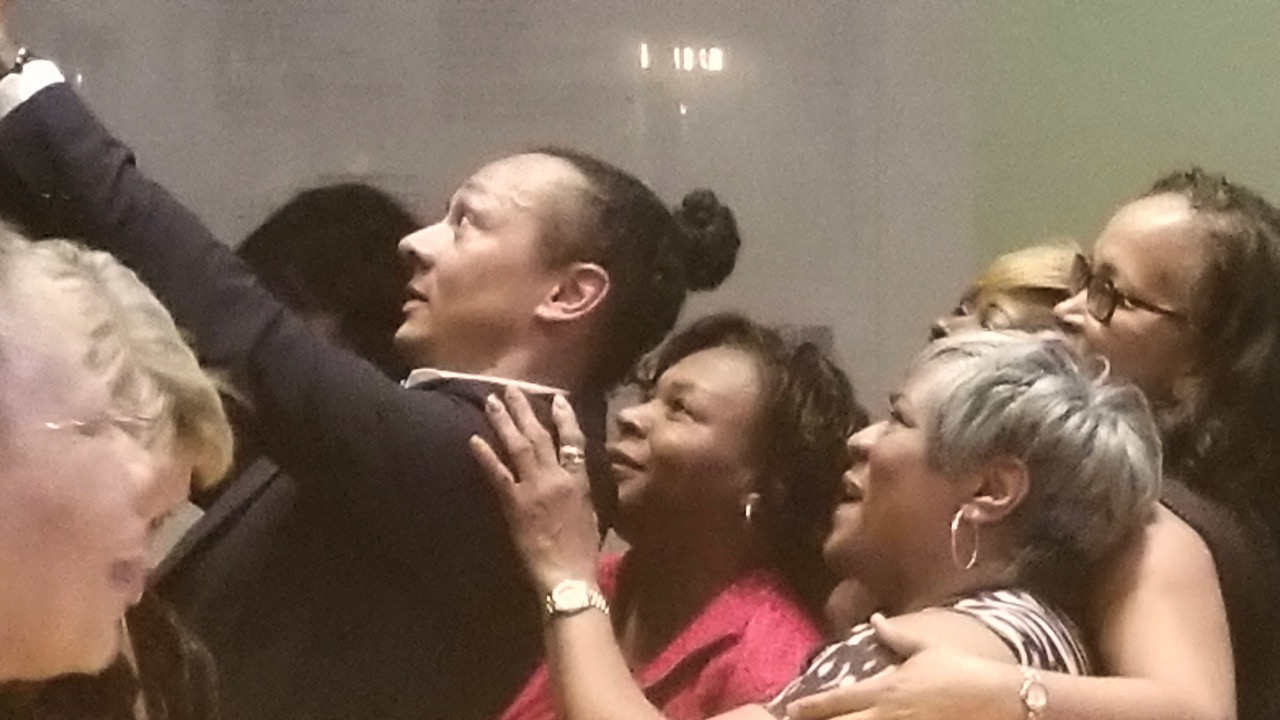 CIAA was in full force last week, but it was jazz in the Qcity that stole the show.

Two-time Grammy Award-winning vocalist Greory Porter was in town for a sold-out performance at Spirit Square. Also in town was the amazing Frédérick Yonnet, French musician, producer and recording artist best known for his harmonica. He did two sold-out performances at the Bechtler Museum of Modern Art.

Yonnet had the audience mesmerized with his rendition of “God Bless the Child,” written by Billie Holiday and Arthur Herzog Jr. in 1939. I first experienced Yonnet in November 2015 during a Stevie Wonder concert at what was then Time Warner Cable Arena. The next year I saw him perform at the Bechtler. I guess its safe to say I’m a huge fan?

If you love great jazz, check out Jazz at the Bechtler on the first Friday of each month.

I also got in some networking at an event called “Black Girl Magic Day Party.” This event was hosted by celebrity media coach, professional speaker and author Barbara Pinson Lash.

Guest enjoyed lunch in a social setting of younger women and ageless divas who shared stories and spoke at mentoring sessions. It was one of the most effective social events I’ve attended in quite some time. I left with new friendships and a world of knowledge.

I hope you enjoy my weekend picks.

The Mountain Top ~ Presented by Actors Theatre of Charlotte, this stage play is a gripping re-imagination of the events that happened the night before Martin Luther King Jr. was assassinated. On April 3, 1968, after delivering one of his most memorable speeches, an exhausted King retires to his room at the Lorraine Motel, where he encounters a mysterious stranger woman. This performance runs through March 31. Cost: $25- $44. Location: Hadley Theater at Queens University (2132 Radcliffe Ave.) Time: 8pm. Tickets: 704 372-1000. More info.

The JAVA Band ~ There’s no sitting at a JAVA party. Best known for their Motown, R&B, hip hop, and jazz, this group will have the young and old dancing the night away. Admission: Free. Location: The Press Box Bar & Grill (9609 North Tryon Street # A). Time: 9 p.m. More info.