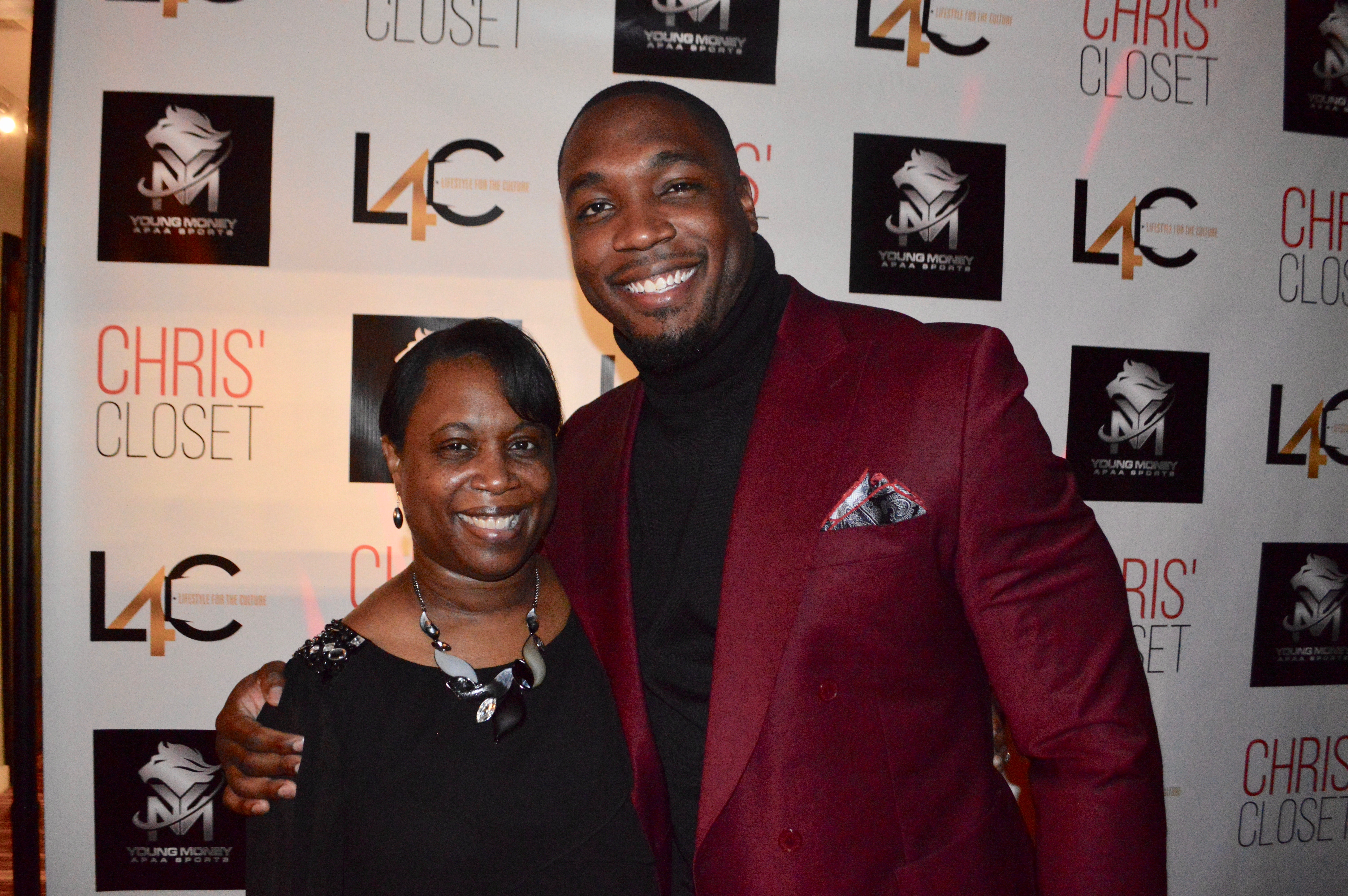 Appearances aren’t everything, but let’s be honest; they are important. People make judgements about us based on how we look. That’s why Chris Smith, defensive end for the Cincinnati Bengals, says fashion has always played a major role in his life.

“My mom always told me that the way you dress is the way you want to be addressed,” said the 26-year old North Carolina native. Growing up in Mount Ulla, where his mom, Sherry Smith, is a minister, Smith said his family was always in church. “You had to dress and look good,” he said.

So this year, when Smith founded Chris’ Closet, a nonprofit for urban youth, he wanted fashion to play a key role.

“I want youth to know that how they dress matters,” he said.

Smith held a private party Thursday night (March 1) at Kanvas Gallery to celebrate the launch of his new charity. Many of his well-dressed celebrity friends attended, including Aaron Colvin and Jalen Ramsey of the Jacksonville Jaguars, Javon Hargrave of the Pittsburgh Steelers, Duchess Lattimore of VH1’s Black Ink Crew and retired NBA player Jeff McInnis, among others.

“We are role models,” Smith told Qcitymetro. “Kids look at everything we do. People always talk about making the world a better place. I feel that a big part of making the world a better place is helping our youth and showing them the right way to go. So that’s what I want to do with my charity, Chris’ Closet. I want to help inner-city youth in Charlotte and in Rowan County, where I’m from.”

The mission of Chris’ Closet is “to deliver transformative change to under-served youth in the Greater Charlotte area through key connections, programs, mentorship, scholarships and creative expression.” Smith said his vision is to help youth overcome adversity and forge a pathway for success in high school and beyond. He said he is dedicated to creating opportunities to expose children to various career options, particularly in the areas of fashion, arts and design.

Smith said he wants youth to know that if they want to be taken seriously, specifically in the job market, they must be mindful of how they present themselves. It’s a lesson he learned from his father when he was first drafted into the NFL. He was on his way to a meeting with the Chicago Bears, he said, and had planned on wearing jeans and a t-shirt. But his dad, William Smith, told him to change.

“He said, ‘if you want these people to give you millions, you have to look like you are worth millions,’” Smith recalled. He put on a suit and now believes he left a lasting impression on the team’s owner.

“He told me I was the best-dressed player he had [met with],” said Smith. “That’s just one example of how the way you dress and present yourself can be powerful.”

When it comes to fashion, Smith said it’s not about designer labels. It’s more about developing your personal style and wearing clothes that represent you well. He believes it’s not what you wear but how you wear it that makes the difference. Smith said he’s learned a lot from the way Andre Branch of the Miami Dolphins dresses.

“Whether he is going to practice or he’s going out somewhere, he’s always best dressed,” he said. Smith said he also takes pointers from other professional athletes, like Ramsey, Dwayne Wade, Erik Coleman and Odell Beckham.

“They have swagger,” he said.

As for Carolina Panther quarterback Cam Newton, who has made headlines with his postgame outfits, Smith says he likes Newton’s style but likens him to being “the Russell Westbrooks of the NFL.”

When it comes to the ladies, Smith’s advice is to keep is simple.

Smith hopes to make his mark in the fashion industry and plans to launch a clothing line in the future.

The event was produced by Lifestyle For the Culture. Head over to our media gallery to check out more photos from the Chris’ Closet launch party.