CIAA Tournament is a cash infusion for Charlotte’s economy

Even with a decline in attendance and direct spending last year, the popular weeklong event generated nearly $48 million in economic impact. 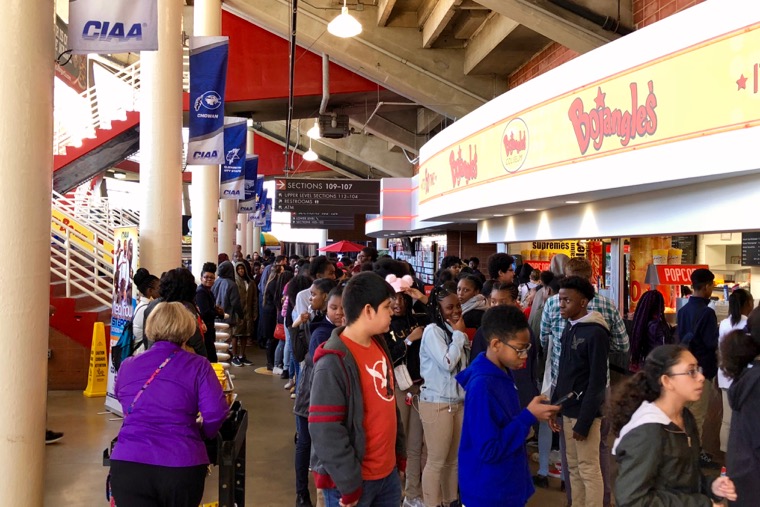 Over the past 13 years, the CIAA Tournament has generated $325 million in economic impact to the Queen City, according to the Central Intercollegiate Athletics Association.

Last year, the tournament brought in $47.4 million, short of the $50 million mark of past years, despite attendance being down 17 percent, and direct spending down 14 percent from 2016.

But in 2017, many feared Charlotte would lose the popular event and suffer substantial financial consequences due to House Bill 2, enacted in 2016.  The controversial bill prevented transgenders from utilizing the public restrooms of their choice and resulted in major businesses and other sports conferences, such as the ACC and NCAA, pulling their tournament games from the state.

Jacqie McWilliams, CIAA Commissioner, told The Undefeated in a 2017 Q&A  how tough it was to decide whether to move the tournament to Virginia or stay in Charlotte.

“We have to be careful as a conference and as a nonprofit … There was a lot of discussion and conversation on how do we come up with a decision that protects the integrity of who we say we are as our mission and vision states but also that we don’t hinder opportunity for our 3,000 student athletes that we support annually,” McWilliams said. “Also, we had to factor that there could be some sponsors that might’ve pulled out if we would have pulled out of North Carolina.”

The CIAA is under contract to play in Charlotte to 2020. Talks begin this summer about whether to renew the tournament’s contract, according to The Charlotte Observer.

The Charlotte Regional Visitors Authority (CRVA) maintains that no other annual tourism event in Charlotte has a larger impact than the CIAA. Even with a decline in attendance last year, the 2017 tournament was the fourth highest economic impact since it arrived in Charlotte in 2006, according to the CIAA.

“During CIAA week, this event creates upwards of 600 jobs, impacts about 10,000 youth and (donates) over 500 shoes and socks to kids – not mention an economic impact that has surpassed over $50 million the last three years,” McWilliams told The Undefeated last year.

With the support of CIAA corporate partners such as Food Lion, Russell Athletic, Nationwide, and Toyota,  the CIAA has generated more than $20 million in scholarship money for its 12 member schools (8 of which are in North Carolina), about $1.5 million annually.

Brittany Price, of Greensboro, N.C.,  is a senior journalism student at N.C. A&T.