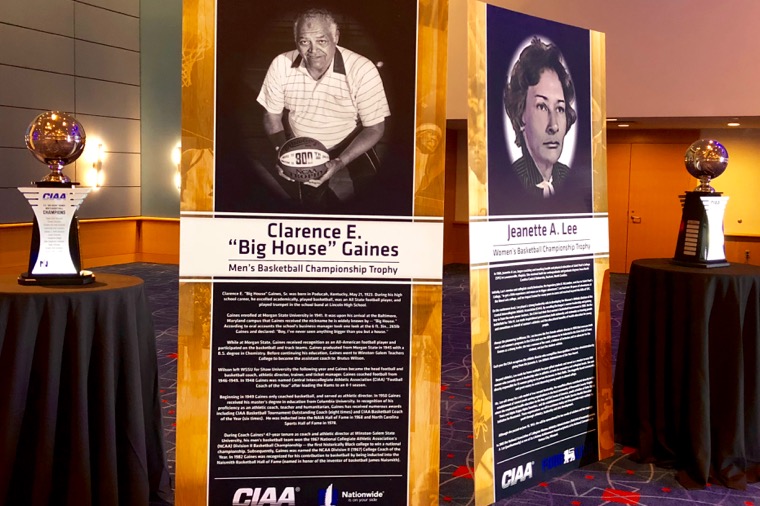 Those are the main three values of the CIAA, and the characteristics of the 2018 inductees into the its Hall of Fame.

The CIAA is a weeklong celebration — with something for everyone – but the annual Hall of Fame Induction Ceremony is one of the most important events of the week.

The Hall of Fame highlights athletes who have excelled on the field, in the classroom and within their communities. It also honors educators and administrators who have sparked change at their colleges.

• Coates is a South Carolina native who was a three-time MVP on the football team at Livingstone College. In 1991, he was drafted by the New England Patriots and ended his career with the Baltimore Ravens in 2000. In 2008, the standout tight end was inducted into the Patriots’ Hall of Fame.

• McDougal was a football and golf coach at Fayetteville State University. He led the golf team to 16 CIAA titles. FSU’s second place finish at the 2009 NCAA Division II Super Regionals tournament earned the team its first NCAA Tournament berth, becoming the first HBCU to make the championship in 35 years.

• After being a successful quarterback at Winston-Salem State University, Kermit Blount returned to his alma mater to lead them to multiple CIAA championships on the way to  becoming the winningest coach in WSSU history. He has also coached at Delaware State and currently is head coach at Johnson C. Smith.

• Winston-Salem State’s 1967 basketball team was the first black college team to win an NCAA national title. The team – which featured future NBA Hall of Famer Earl “the Pearl” Monroe –finished its regular season with a record of 30-1. The team is being honored for breaking barriers.

KeAsiah McLaughlin, from Washington, DC, is a junior multimedia major at N.C. A&T.