On Feb. 27 and 28, Jacquelin Harris and the esteemed Alvin Ailey American Dance Theater perform in the city where Harris got her start. 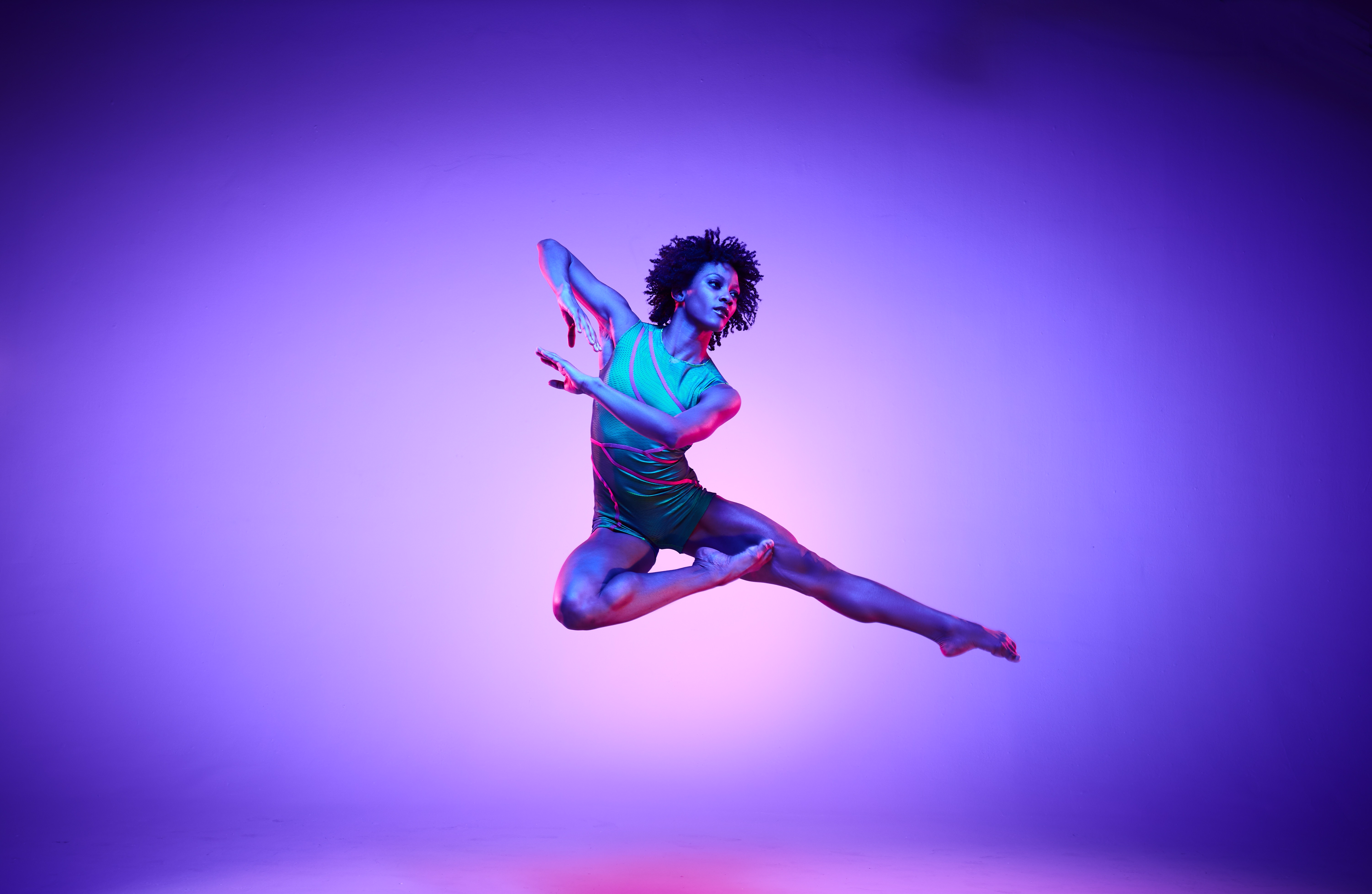 All four of Dr. Harvey and Peggy Harris’s daughters grew up taking dance lessons. In that way, they were like so many little girls who go through a tutu-and-tiara phase.

But the Harris girls, children of an OB/GYN dad and a mom who’s also in the healthcare field, really excelled in dance.

Actually, the Harris girls seem to excel in everything.

Rachel, the youngest, is studying engineering and dance at the University of Southern California. Kathryn is now in her residency as she prepares to become a cardiologist. Victoria is an accountant. And Jacquelin, 25, is a professional dancer with the Alvin Ailey American Dance Theater, scheduled to perform Feb. 27 and 28 at Blumenthal’s Belk Theater in Charlotte. (Win tickets to the Feb. 27 performance.)

Choreographer and activist Alvin Ailey founded his eponymous dance company in New York in 1958. Since then, the company has performed in Africa (in 1968 on a 10-country tour for the State Department) at the White House (1968, 2003) and on the season opener of the “Ellen DeGeneres Show” (2007). Ailey was among Kennedy Center honorees in 1988, and in 2014, President Barack Obama selected him as a posthumous recipient of the Presidential Medal of Freedom.

The revolutionary company became synonymous with African-American modern dance and became known as “cultural ambassadors to the world.”

Dance was an important part of childhood for the Harris girls, but the family didn’t focus exclusively on it. “As a parent,” says Peggy, “I thought they needed a backup plan.”

Jacquelin’s parents told her that majoring in dance was fine – as long as she double-majored in, as Peggy put it, “something that can get you a job.”

I asked Peggy: At what point did you realize Plan B wasn’t going to be necessary for Jacquelin?

“I still say you need a backup plan,” she said. “A dance career doesn’t last forever.”

The girls loved dance – and not because they had pushy stage parents who wanted them to love it.

“I started dancing when I was 2,” says Jacquelin. “Dance class was my favorite time of day. I’d cry when I couldn’t make class, but I was there a lot. I lost my first tooth in a dance studio.”

But academics were top priority.

“My daughters’ dance teachers – both at Cannon School in Concord and Dance Productions studios – would tell me that during breaks they were always on their laptops doing homework. They knew they could not let their grades slip.”

In fact, the family edict that academics come first led Jacquelin to Fordham University in New York. Fordham and the Ailey School partner to offer a bachelor of fine arts degree in dance. So, Jacqueline earned a liberal arts degree – with honors, of course – in dance and mathematics.

It was her freshman year, and she was on the front row, orchestra center, when she saw the Ailey company perform for the first time. She suddenly knew exactly what she wanted to do with her life.

“I saw the sweat pouring off the dancers and the joy radiating from their bodies,” she said. “I knew that if I could become part of that, it would be a highlight of my life.”

Being part of the Ailey company has proven to be all Jacquelin hoped. “I am in the same building where Mr. Ailey built his legacy,” she says. “The more immersed I became in Alvin Ailey and his message, the more I wanted to be part of it. Mr. Ailey believed dance comes from the people and should be given back to the people.”

And the thrill hasn’t worn off. “Every time I go on stage, I’m so grateful for the opportunity,” she says.

But stepping onto a hometown stage will be a whole new level of wonderful, Jacquelin says: “I’ve been waiting for this moment for four years. Anytime family is in the audience, it’s a different experience. All our audiences are always so generous with their love, but there is nothing like performing for family.”

And family, for Jacquelin, includes her church family. About 30 members of the Harris’s church – First Baptist Church-West – have chartered a bus to take them to the Belk Theater to see the little girl, now grown, they used to watch perform liturgical dance, along with her sisters, on special Sundays. More church members are going to the performance on their own.

“Our girls were church babies,” Peggy said. “They grew up with people loving on them.”

Jacquelin and her fellow company members will get the opportunity to teach while they’re in town. The former star pupil is a natural teacher: “Being able to share my love for dance is my favorite part. In Charlotte and in the many of the cities we visit, we lead workshops and master classes.”

The two Charlotte performances will vary slightly, but both will end with the powerful and justifiably famous “Revelations,” first performed in 1960. At 36 minutes, it’s by far the longest piece in the set. But even at its conclusion, I’m betting you won’t be ready to leave. I wasn’t when I saw the Ailey company perform at the Knight Theater in 2012.

“Revelations” is Jacquelin’s favorite dance to perform. That’s not surprising, considering it includes African-American spirituals, gospel songs, holy blues and concludes with the chill-inducing “Rocka My Soul in the Bosom of Abraham.”

Next week, Dr. and Mrs. Harvey Harris will settle in to their seats in a darkened auditorium to watch their daughter leap and soar as they’ve seen her do so many times previously. But their pride won’t just be in seeing her as part of one of the world’s most pre-eminent dance companies. There’s something even dearer to them.

“All four of our girls are very grounded,” says Peggy. “They have maintained the values they grew up with. As a parent, that’s really all you want.”

Want to go? Alvin Ailey American Dance Theater returns to Charlotte on Feb. 27 and 28. Performances are held at the Belk Theater at the Blumenthal Performing Arts Center at 7:30 p.m. Tickets begin at $25. Purchase online at carolinatix.org or by phone at 704-372-1000.