Churches must do more to promote health and healing, says World Council of Churches official

Dr. Mwai Makoka, in Charlotte to study Mecklenburg County's Village HeartBEAT program, said the church must “embrace a new paradigm” as it ministers to the needs of members. 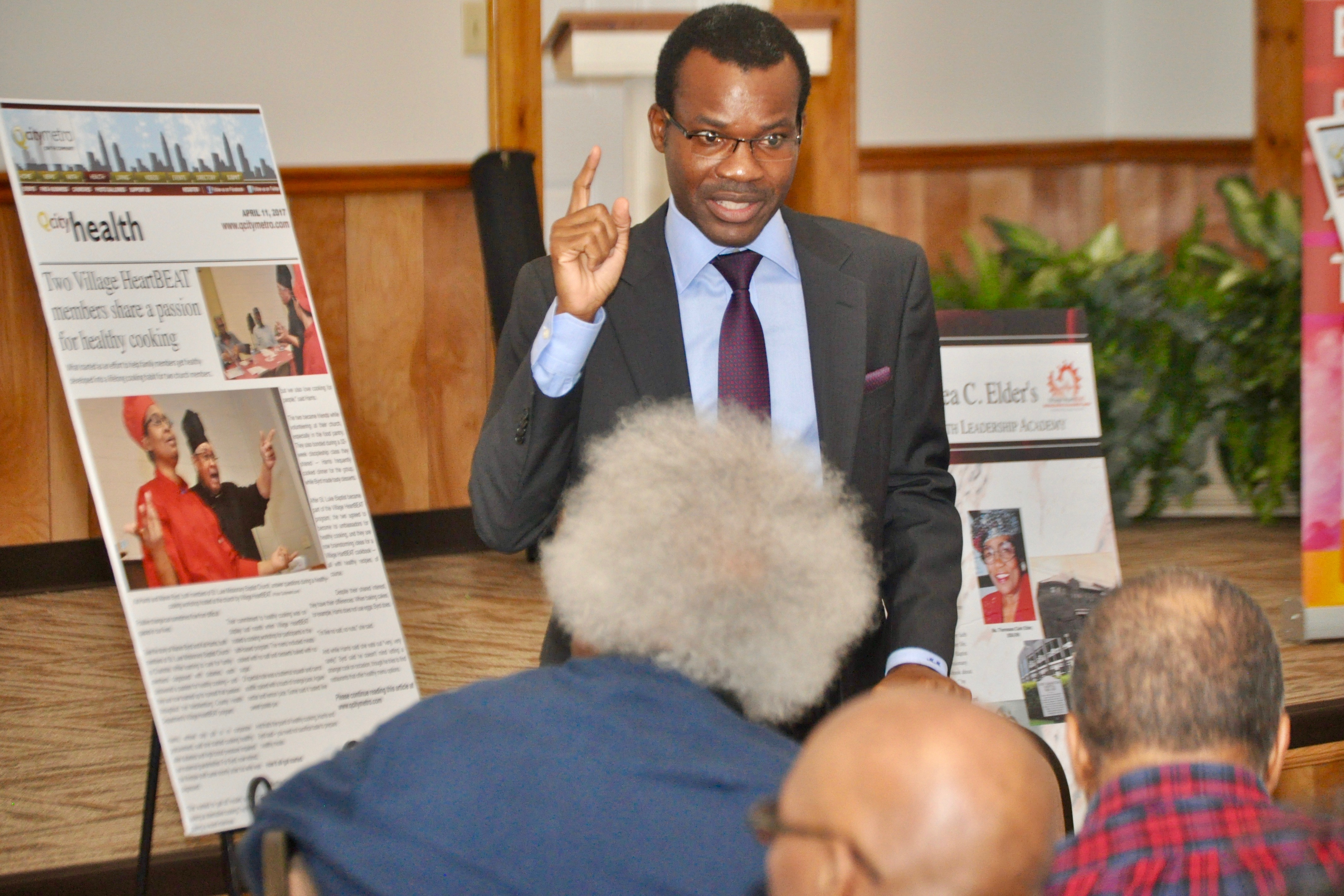 A World Council of Churches official, in Charlotte on a fact-finding trip, said promoting good health must become a central role for the Christian church.

Dr. Mwai Makoka, an executive with the council’s Health & Healing program, said the church must “embrace a new paradigm” as it ministers to the needs of members.

Makoka, who worked as a doctor in his home country of Malawi, was in Charlotte to observe the Mecklenburg County Health Department’s Village HeartBEAT program, which last week received national recognition for its work promoting health in black and Hispanic churches.

“We heard about the health-promotion program going on here, so I came to visit to learn and see what kind of things are going on and what lessons we can bring to the wider body of Christ,” he told Qcitymetro.

In remarks to local pastors, Makoka said churches must embrace health promotion as part of their central missions.

‘Health does not belong to the health sector’

Makoka noted that nearly every miracle performed by Jesus, as noted in the New Testament, involved health, healing and nutrition.

The Geneva-based World Council of Churches is a global fellowship with more than 300 member churches, most of them Protestant.

“We have been doing that, and we have done a good job over the centuries,” he said. “But now we’re saying, what do we do to promote health at a congregational level, in addition to the facility health services?”

Makoka said churches have a clear advantage over government-run programs because of the close ties to the people they serve.

The growth of Village HeartBEAT

Now in its sixth season, the program has grown from seven teams to 49, with more than 60 churches in its network. The program last month organized health screenings for more than 600 church members countywide.

In late January, the Aetna Foundation, along with the American Public Health Association and the National Association of Counties, recognized Village HeartBEAT and nine other community-based health programs nationwide with the Spotlight Award. The award came with a $25,000 grant and a chance to compete for $500,000.

Makoka said he would spend three days in Charlotte studying how the program works and how it might be replicated in other parts of the world.