The annual event is returning to Charlotte for the first time since 2008. 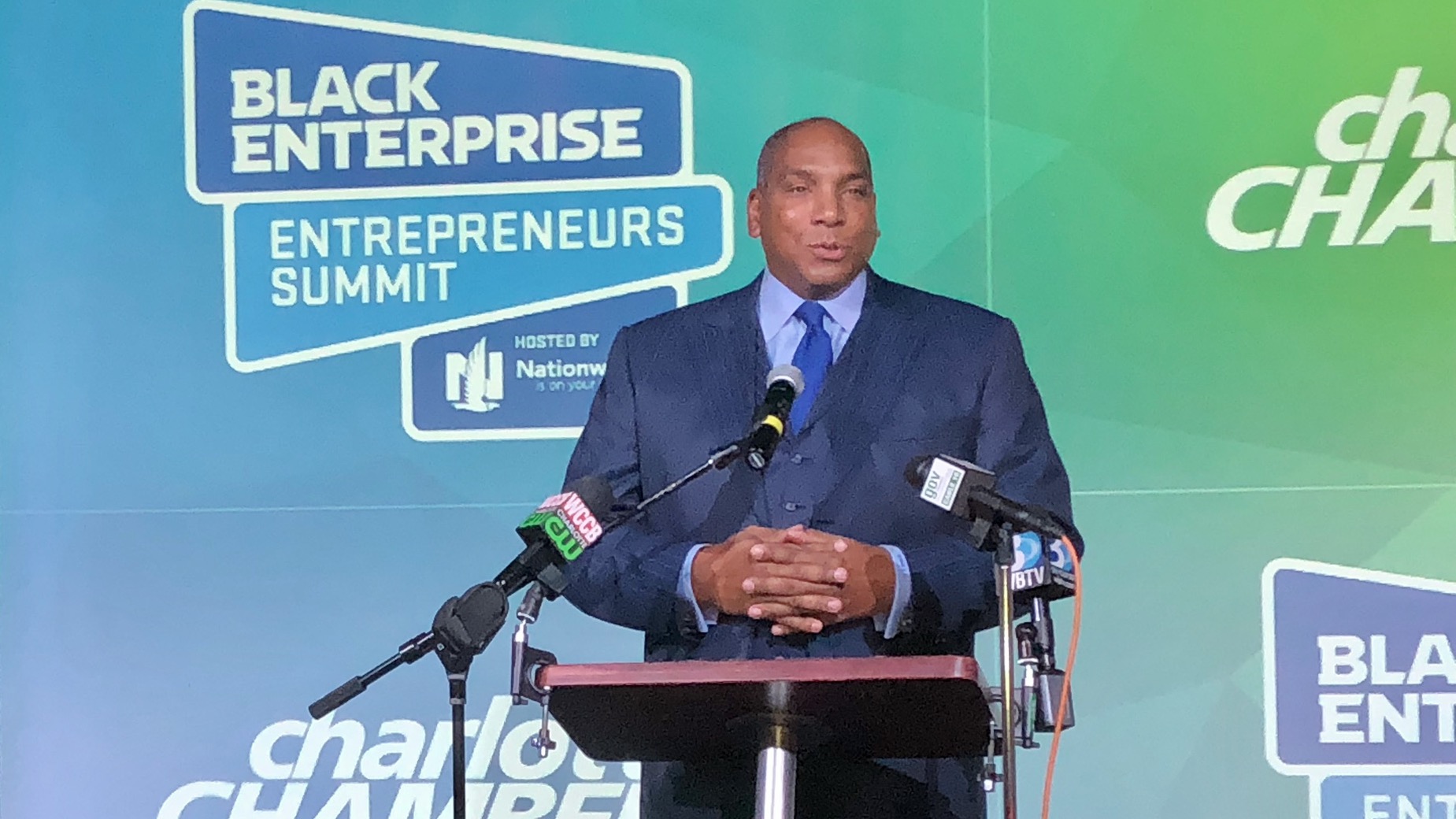 Details are starting to emerge about the Black Enterprise Entrepreneurs Summit that’s coming to Charlotte.

The four-day event, first reported by Qcitymetro.com, will be held June 6-9 at the Charlotte Convention Center. Organizers are predicting about 1,200 attendees.

Earl “Butch” Graves Jr., president and CEO of Black Enterprise, was in town Tuesday to outline plans for the event, which last came to Charlotte in 2008.

“We have changed a lot, grown a lot, and I know certainly the city has grown a lot,” Graves said. “You have to witness nothing more than the cranes coming out of the sky to realize what has taken place here in Charlotte.”

Graves said he is bringing the summit back to the Qcity because, “We truly believe this can be the next mecca for African American business development.”

He said the conference would include an array of national and international speakers, as well as some from Charlotte.

The summit will have three primary components:

Connect: This will include a business hub where attendees can connect with more than 150 local and national businesses, according to event literature. Attendees also will able to get business coaching and attend workshops and business-development sessions.

Build: These sessions will include a “fireside chat” on how to develop a business partnership, along with a session on startup funding. Other topics will include “making money on social media” and funding business expansion.

Elevate: Along with awards celebrations and workshops, winners of an “elevator pitch” competition will be announced.  Graves said attendees will be able to visit the event website to make their pitches online. Winners will get some funding, coaching and an “incubation opportunity” in Charlotte, he said.

Mayor Vi Lyles, who also spoke at the event, which was held at the Park Expo Center, said she hoped the BE Summit would plant seeds of entrepreneurship that would eventually grow into something much bigger.

“We all know that these are good things. But what truly makes the difference is when all of those things happen and we contribute to making it possible for the others who are not experiencing this,” she said. “We know what economic disparity is, and what we have to do is reduce that disparity by having events like this.”

“He or she who controls the dialogue controls what in fact takes place,” he said. “If you let the general-market media talk about African Americans, everything is a about challenge. We use the word ‘opportunity’, because, quite honestly, out of every challenge is an opportunity.”

Over the years, he said, the company has been forced to adjust its business model to meet the demands of technology and shifting trends – none more so than the shift of readers toward the Internet.

“People keep referring to the magazine, magazine, magazine, the magazine,” he said. “The truth of the matter is that, that’s now the smallest part of our business. It doesn’t take a genius to figure out that we are in a digital age. In this digital age, we ourself had to overcome pain and grow and change, because young people today do not communicate in the same way that we do.”

Graves said revenue from the company’s event business now outstrips its publishing revenue, because people want direct interaction, he said. The company also has two television shows and a digital division, all of which, he said, are now larger than its publishing division.

Editor’s Note: If you own a Charlotte-area business, be sure to list it for free in our Qcitymetro Business Directory.