Celebrity performances are scheduled for quarterfinal, semifinal and championship games at Spectrum Center. 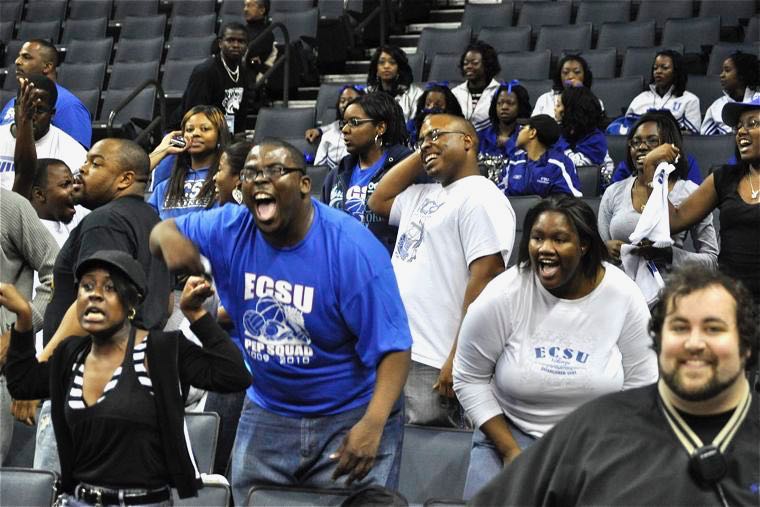 Dru Hill, Sevyn Streeter, and The Hamiltones are just a few of the halftime acts performing at this year’s CIAA Basketball Tournament, Feb. 27-March 3 in Charlotte. The theme for the 2018 tournament will be “Homecoming.”

Last week, CIAA officials announced the list of celebrities schedule to perform during quarterfinal, semifinal and championship games played at Spectrum Center. (Early-round games on Feb. 27 and 28 will be played at Bojangles’ Coliseum.)

Others celebrity performers will include Sunshine Anderson, Olivia, and local musician Gena Chambers. More acts will be announced in the coming weeks, officials said.

In addition to halftime performances, the CIAA will be hosting a Celebrity Charity Basketball Game. Confirmed players will include lifestyle specialist Kenny Burns, fitness trainer Santia Marie, and All-CIAA MVP Nandi Taylor. Proceeds from the game will be donated to DrumsForCures, an enterprise created to raise money for cancer organizations around the world.

“We are continuously evaluating ways to improve the tournament experience for our alumni and fans,“ CIAA Commissioner Jacqie McWilliams said in a statement. “New components like the Celebrity Charity Basketball Game, mixed with traditional favorites like our action-packed games, step shows, Fan Fest and Super Saturday will create an exciting experience for alumni and fans planning to attend the homecoming.”

Tip-off for the celebrity game will be at Spectrum Center on March 3 at 4 p.m., between the women’s and men’s championship game.

For more information about the tournament, visit CIAATournament.org, or download the CIAA Basketball Tournament mobile app via iTunes and Google Play.