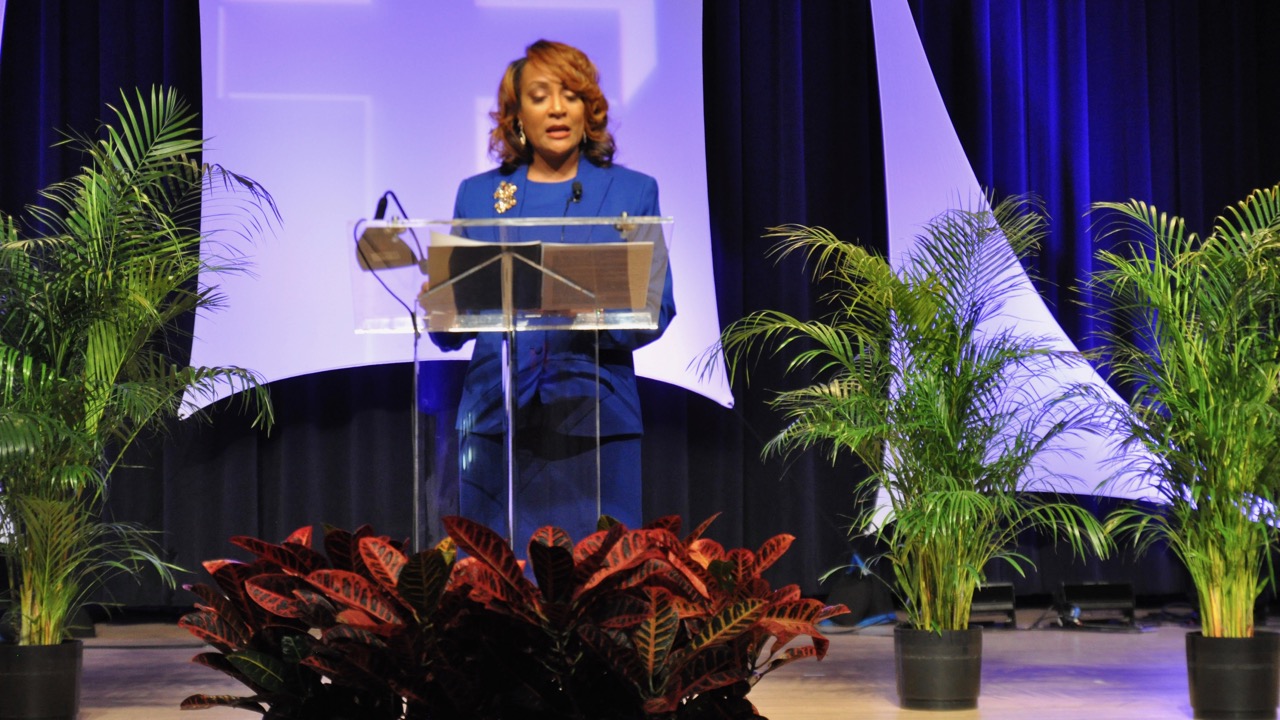 Nearly 50 years after the death of the Rev. Martin Luther King Jr., the lessons King taught are as relevant today as ever, said Charlotte-based entrepreneur and author Pamela R. Lue-Hing.

Speaking Monday at the 24th annual McCrory YMCA MLK Holiday Breakfast at the Charlotte Convention Center, Lue-Hing said that if King were alive, he would likely call this a dark time in American history.

“Today, we have a man leading our country whose moral compass is unlike anything we’ve ever seen,” she said, referring to President Donald Trump.

She recalled the day in 1983 when President Ronald Reagan declared MLK Day a national holiday. Lue-Hing said she was attending a predominantly white Catholic high school, where some of her classmates had never heard of King or his work in the Civil Rights Movement.

Now, she said, she worries that King’s legacy is being lost on today’s youth.

“I often wonder how much our young people are learning about Dr. King,” she said. “I wonder if they even realize how special this man really was, but, more importantly, the impact of his work and all those who battled for the cause.”

Lue-Hing said there is a “fire burning in the White House.”

“The fire is spreading into our states, cities, houses and communities,” she said. “Each day a little more gasoline is added.”

Lue-Hing said the answer, however, is not to fight fire with fire.

“We must absolutely, positively, and fervently pray for [Trump],” she said. “The struggle is real today, but we must be reminded that we are not alone in the struggle. God is with us… There is hope.”

Lue-Hing is a professional speaker and author of Pink Slip to Powerhouse: 12 Steps to Next. She is a board-certified life coach and human behavior consultant. Her work is about helping people tap into their inner resilience and turn transitions into triumph.

During her keynote, which was titled “What’s Next,” Lue-Hing challenged the Charlotte community to unite and advocate for those left behind. There is much work to do, she said, listing racial inequality, hunger and homelessness as some of the challenges that remain.

“You, too, are called to stand up against the injustices, the inequalities and the violence in our communities,” she said. “It will be uncomfortable, but it must be done.”

Lue-Hing called on those in attendance to pause on MLK Day to listen to or read one of King’s speeches or sermons, such as his ” The Birth of a New Nation” sermon, King’s letter from the Birmingham jail, his acceptance speech for the Nobel Peace Prize, or his famous “I Have a Dream” speech.

On April 4, the nation will mark the 50th anniversary of King’s assassination.

Following the breakfast, some in attendance marched to Marshall Park for the annual wreath-laying at a statue commemorating King.