Police arrested the men Tuesday and charged them in Dec. 9 the killing of 55-year-old Khaled Mohamad Elmerkabaoui. 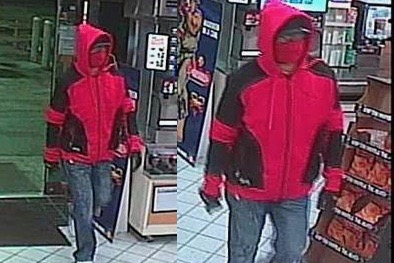 Police arrested two men suspected of killing a 7-Eleven clerk who was shot Dec. 9 as he worked inside a store in southwest Charlotte.

Khaled Mohamad Elmerkabaoui, 55, died at the scene. Customers who entered the store found his body lying on the floor.The shooting happened in the 700 block of Westinghouse Boulevard near I-77.

On Tuesday, police arrested Treyvonte Luwanne Lockhart, 29, and Geoffrey Ford, 44. Each was charged with murder.

A surveillance camera inside the store captured photos of at least one of the suspects. The photos showed a man wearing a red, hooded jacket and dark glasses. The suspect’s face was covered, shielding his identity.

A second camera captured a grainy image of what investigators said was the getaway car — a silver Hyundai Santa Fe sport-utility vehicle.

At around 8 a.m. Tuesday, police located an SUV matching the suspect vehicle in a neighborhood near Park Road and Highway 51. The driver, who was alone, refused to stop when officers tried to pull him over.

Police pursued the SUV into Concord, where the suspect jumped out and ran. Police arrested Lockhart later Tuesday near I-85 and Sugar Creek Road.

Police said Lockhart also faced warrants in South Carolina, where he was wanted on charges of attempted armed robbery, criminal conspiracy and speeding to elude. Police said those charges stem from an attempted robbery from a business in Fort Mill.

Police arrested Ford around 8:45 p.m. Tuesday after he was spotted driving in a residential neighborhood near Carmel Road at Quail Hollow Road. After officers pulled him over, he ran from the scene but was caught after CMPD brought in tracking dogs.

7-Eleven had offered a $10,000 reward for information leading to an arrest. Crime Stoppers offered an additional $5,000.