Lyles made history by becoming the first African American woman elected to lead the city. Democrats won big in other races as well. 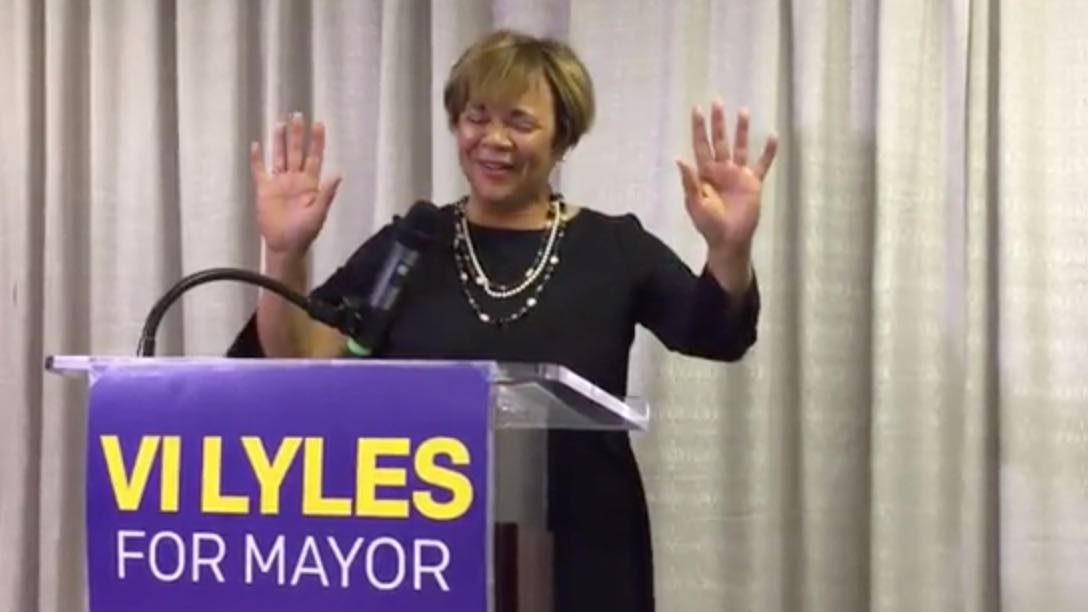 In the end, the vote was not close.

Lyles, the city’s current mayor pro tem and a former assistant city manager, won slightly more than 59 percent of the votes cast. Smith, who serves alongside Lyles on City Council, got just under 41 percent.

In her victory speech before a cheering crowd at the Park Expo, Lyles said her victory was symbolic of Charlotte’s commitment to be inclusive.

A good night for Democrats Lyles secured her victory despite being heavily outspent by Smith, who raised more than $510,000 — more than any candidate since Democrat Anthony Foxx in 2011, according to the Charlotte Observer.

Since the end of August, Smith spent $287,000 on TV and digital ads, the Observer reported. Lyles spent about $11,000, mostly on radio. The Smith campaign also got substantial backing from the state Republican party and two outsides organizations that ran digital ads attacking Lyles.

The Black Political Caucus, which backed Lyles and other Democrats, issued a statement late Tuesday congratulating the mayor-elect.

“Vi ran a first class, positive campaign that focused on the issues that will bring Charlotte together and move our community forward,” Caucus Chair Colette Forrest said in the statement. “We are also pleased to have helped elect many new faces on City Council…”

Perhaps the two most contentious issues in the mayor’s race centered on the 2016 violence that broke out in Charlotte following the police shooting of Keith Lamont Scott and the statewide controversy that emerged after Charlotte passed an ordinance allowing transgender people to use bathrooms that match their gender preference. The ordinance led Republican lawmakers in Raleigh to pass House Bill2, which nullified the city’s move.

Smith and the outside organizations that supported him sought to tie those issues to Lyles, who they likened to outgoing Mayor Jennifer Roberts, who Lyles defeated in the Democratic primary.

In North Carolina’s four largest cities — Charlotte, Raleigh, Greensboro and Durham — Lyles was among four African American candidates running for mayor. She was the only one who saw victory.