One on one with Shirley Hughes

The JCSU trustees chair talks about the school's incoming president and the process it took to find him. 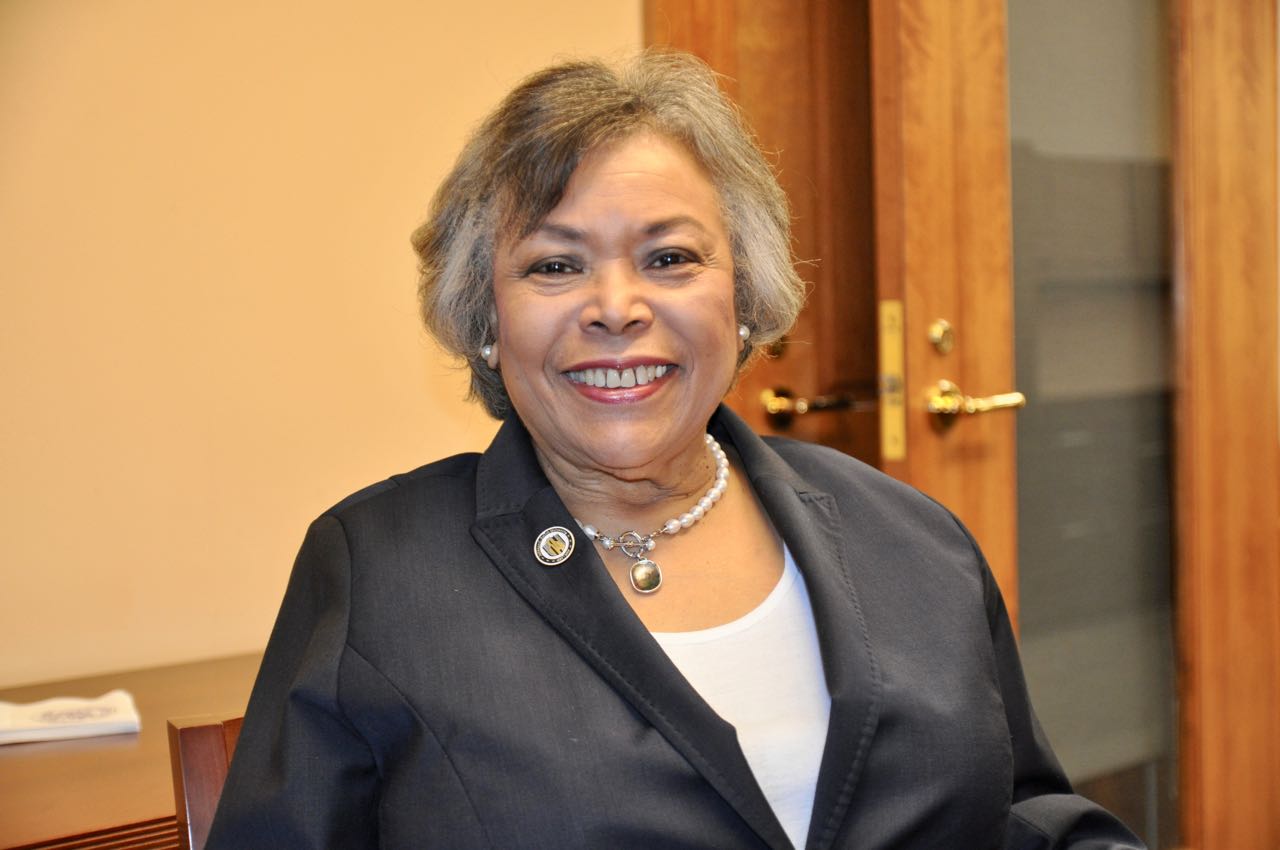 Shortly after Johnson C. Smith University announced the appointment of Clarence “Clay” Armbrister as its next president, I met with Shirley J. Hughes, who chairs the school’s board of trustees and led the search committee.

We talked about the incoming president and the nine-month search it took to find him. We also talked about some of the school’s priorities and the challenges it faces as Armbrister assumes leadership on Jan. 1, 2018.

Here are some excerpts, edited for brevity and clarity.

As you know, we had a search committee that included about 10 people — trustees, two faculty people. And one of the great things about having a committee like this is the diversity of opinions and perspectives. But the shared goal was we all wanted what was best for Johnson C. Smith University. So I think it becomes a very rich process. The first thing we did was ask the various constituencies what they thought we should be looking for in a president. So back in January, the search firm consultants talked to the administrative staff; they talked to the SGA council at that time — the student government association; they talked to trustees who were not in the search. They had a call with alumni, chapter presidents. They talked with some key donors. Because we wanted to make sure we got the input of the broadest group of people.

Q. Did you get your first choice?

Yes, we’re very pleased that we got who the committee felt would be the very best person for this time in JCSU’s history. It actually was a very competitive search. We saw a lot of highly talented, committed people who are committed to education and education of young people in the HBCU tradition.

Q. What impressed the committee about Clarence Armbrister?

His background was impressive, and the fact that he had been successful doing a lot of different things and in a lot of different venues. He has a very approachable style, the kind of person who is just as comfortable talking to academicians as maybe a perspective student. Also, his own personal experience understanding how transformational education was to him, his family. His brothers went to FAMU (Florida A&M University), and that was really a powerful example to him. In fact, he thought he was going to FAMU until the University of Pennsylvania apparently gave him an offer that he couldn’t refuse.

Q. In some ways Armbrister was a nontraditional choice, in that he doesn’t have a Ph.D. Was that a concern?

No. I think you will find, if you look across the higher education landscape, you’re beginning to find more people with mixed backgrounds. Some are J.D.s, like he is. You’re beginning to find people who have been military officers. In fact, there is an article that talks about the fact that the road to the presidency isn’t the same as it used to be — being a provost or academic dean and then you go to the presidency.

Q. What will be his mandate as he takes office January 1?

His mandate will be to continue the trajectory forward. We’re at the end of our strategic plan, so he, along with the board, we will develop a new strategic plan. But we won’t change our being centered on student success, being a student-focused institution and particularly helping our students with research and their fulfilling their dreams. I know we want to continue to increase our endowment so that we can provide more scholarships to students, because for so many students, finances are still the thing that prevents them from getting or completing their four-year degree. His mandate is not going to be to turn everything on its heel; it will be to continue the very positive things we have going.

Q. I know you’re still working on the overall strategic plan, but is there one imperative you can share?

I know one of the things we do want to continue doing is certainly assisting with the Northwest Corridor becoming and returning to much of the brilliance it had before and working with the neighborhood groups to see that this community gets what it wants and needs.

It’s one. JCSU, like most HBCUs, has a number of challenges. Finances is one, making sure that we have adequate finances to meet the needs of our current and perspective students. There is still this question that people keep asking — are HBCUs relevant today and why do we need them? I think it behooves all of us to make sure that we have very strong answers to that. Even some families and parents question whether a college education today period…if the amount of money is worth the tradeoff and value of what happens when people come out. So I think the whole value proposition is one of our challenge points, and I don’t think it’s just uniquely us.

Q. In an earlier interview I had with Dr. Carter, he stated that the bench for college presidents is not very deep, especially as it pertains to HBCUs. Is that what you found?

I don’t think you can extrapolate from just the one job, because we did find people who were qualified. But I think the bench is shallow in relationship to the number of openings and the need. There seems to be right now a clustering of presidents, and not just at HBCUs but at a lot of small, independent colleges, who are either at retirement age or at the end of their careers in higher ed. And there don’t seem to be just thousands and thousands of people both qualified and who want to do the job. …Many people who are qualified look at the jobs — the fact that they are kind of 24-7 — and think, ‘You know what; I want to go do something else that’s a lot easier.” I think it really has to be their passion to be a successful president.

Q. How do you want outgoing President Ronald Carter to be remembered?

I think he has created a wonderful legacy in terms of his transforming Johnson C. Smith University in many, many ways, and having us recognized both regionally and nationally. We really are beginning to have a robust reputation, so I want him to be remembered for his many, many contributions — being a change agent, transforming us and getting us on this trajectory of becoming, hopefully, a premier, independent, 21st-century, urban university.

Q. JCSU has had a number of administrators leave since Dr. Carter announced his resignation. Does that concern you?

No, not really surprising. I think a couple of things happen when there is going to be a change in leadership. One of the things that happen is, if there are some talented people, that’s usually a perfect time to go recruit them, because then people are more apt to maybe say yes to you. Also, there are people who don’t like the unknown, and they aren’t sure what’s going to change, and they just decide that they’re going to take that as an opportunity to look. I didn’t see it as a wholesale negative. Even though you don’t want to lose talented people, it’s also unrealistic and selfish to expect that they will always be with you.

Q. You’ve replaced at least one person – the vice president of institutional advancement. Was the incoming president involved in that selection?

He was not a part of the decision, but he was fine with the decision. The reason we went ahead and replaced that person…I think you know we are coming to the close of our $150 million campaign. When we talk about finances being the number-one thing, it’s the kind of position and the kind of area that you don’t want to leave vacant for a real long time. You want to keep that momentum going and keep your donors going.