The historian and bestselling author spoke to a diverse crowd Tuesday evening at Spirit Square, where she was a guest of the Levine Museum of the New South. 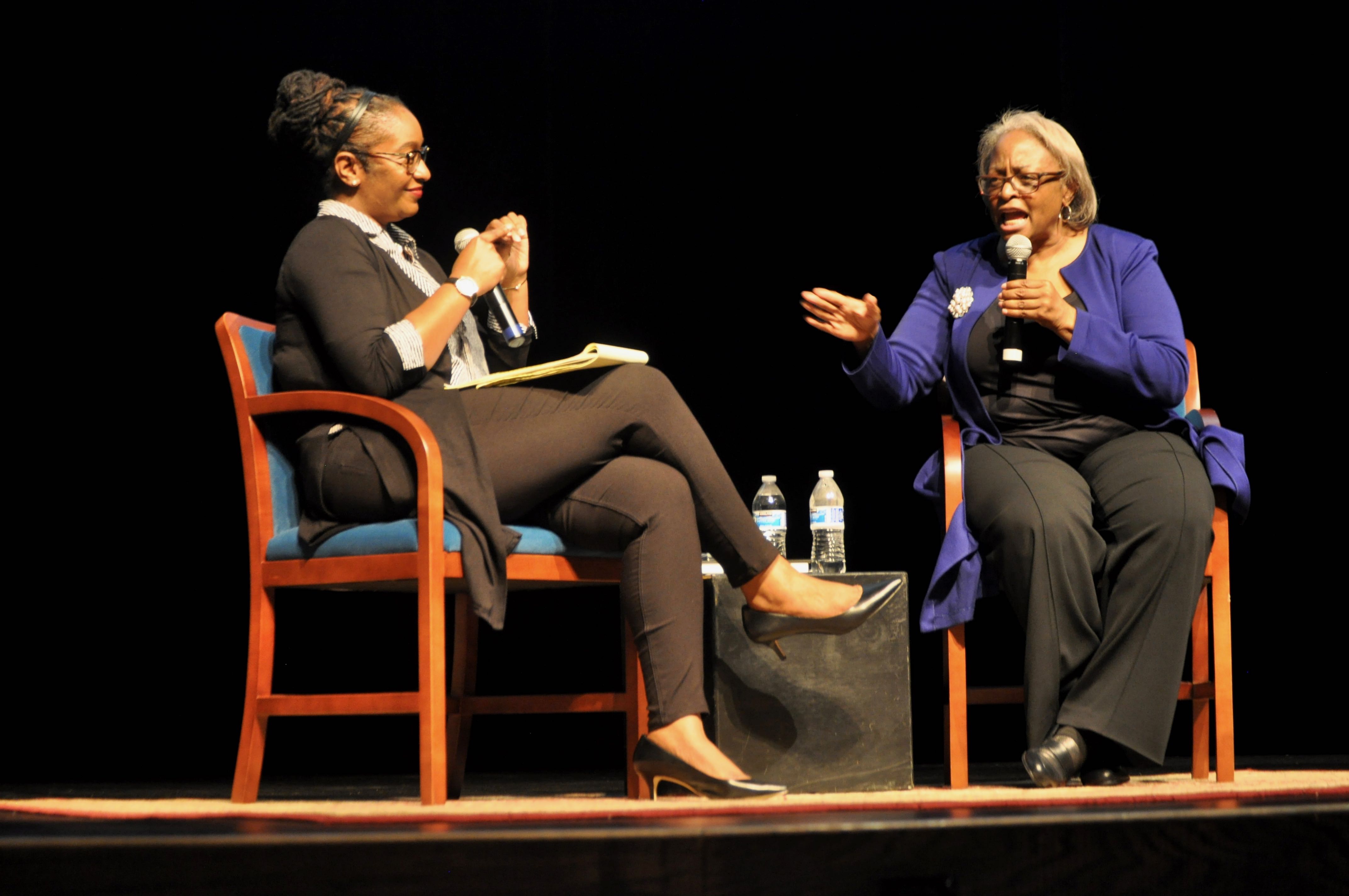 Despite a resurgence of what she has dubbed “white rage,” historian and author Carol Anderson said she remains encouraged about the future of America.

“We are having a conversation as a nation right now that is absolutely critical, and as dark as it looks, that’s where the hope is,” she said, stalking the stage inside the stained-glass building that once served as a Baptist church, and at times eliciting a call-and-response from a crowd that skewed toward millennials.

Following Trumps election, she said, “Folks didn’t roll over. Folks are fighting back with the tools at their command, fighting for the soul of this nation.” In her bestselling book “White Rage,” Anderson uses that phrase to describe a historical pattern of white resistance to black progress – from Reconstruction all the way to the election of Obama. That resistance, she said, has often been cloaked within laws that impact education, voting rights and the criminal justice system.

To make her case, she used the example of Obama’s history-making election.

“What Barack Obama did, he began to mobilize those who had been outside of the system,” she said. “That 2008 election brought 15 million new voters to the polls — 15 million — overwhelmingly black, Hispanic, Asian and poor.”

The result, she said, was a flurry of voter-suppression laws, from North Carolina to Texas, designed to “see to it that nobody like Barack Obama ever gets close to Pennsylvania Avenue again.”

All of this was done, she said, under the guise of protecting the ballot box, when in fact, research shows, voter fraud is largely nonexistent.

“One of the beauties of white rage,” she said, “is that it’s able to swaddle itself in the language of Democracy.” Although African Americans neither sell nor consume illegal drugs at a rate any higher than their white counterparts, she said, the nation’s drug laws have been used to lock up blacks at a rate far disproportionate to their numbers. And as a result, she said, those with criminal records are often cut off from jobs and even voting.

“Think about what $1 trillion…could have done for creating a vibrant, educated, healthy, working America across races and classes,” she said.

Anderson encouraged young people in the audience to understand that racial inequities are built into every key America institution, and that those institutions have been used down through history to stymie black progress whenever blacks have sought political, economic, educational or social gains. Anderson leveled some of her harshest words at Trump, who, she said, has brought “brazen white supremacy” to the White House.

“When he said there was some mighty fine people marching with the Nazis and Klan in Charlottesville, we get it — we know who you are. We knew a long time ago,” she said.

Despite the current political and social climate, Anderson said she believes America will be better tomorrow than it is today.