I also talked with Ronald Carter about the school's search for a new president. 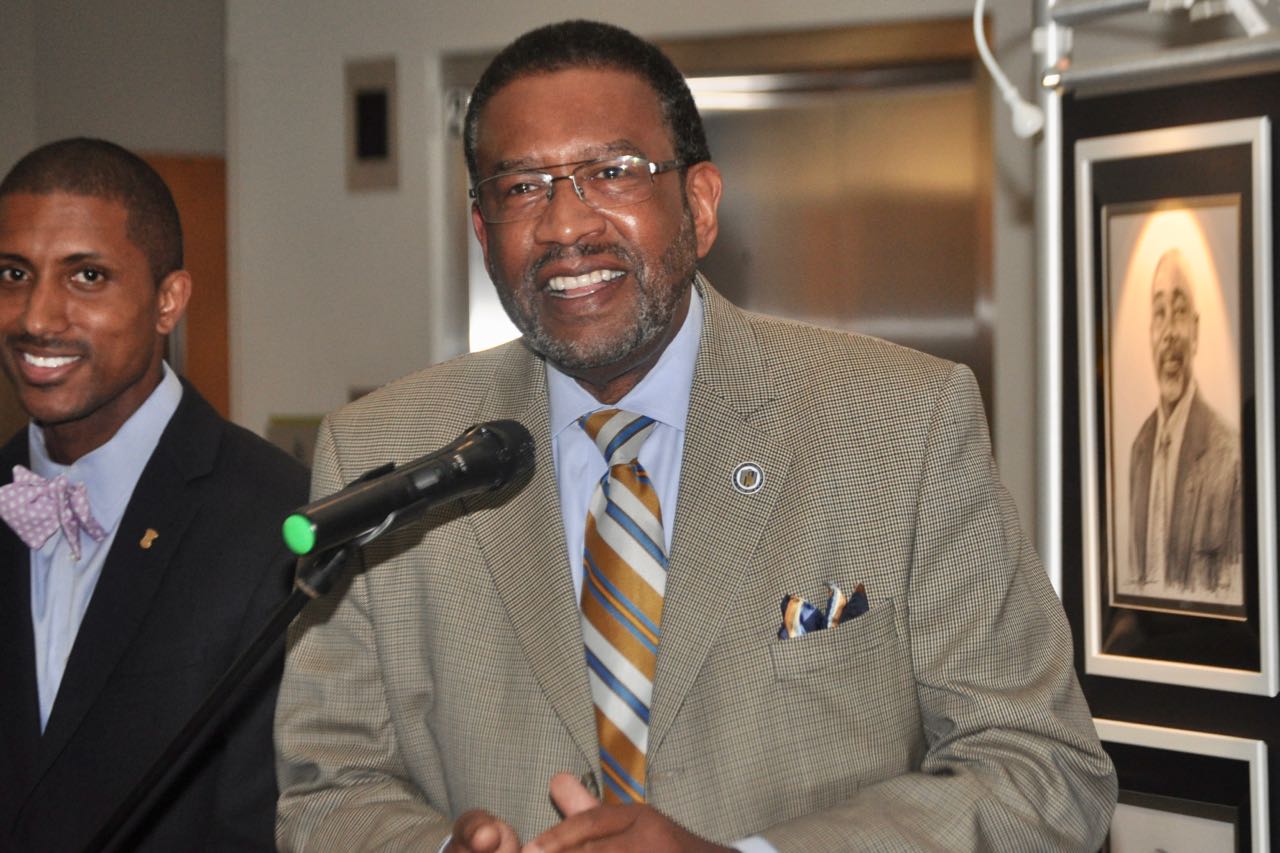 I dropped by JCSU on Tuesday to attend the launch event for the school’s new book “Ten Men,” which, as its subtitle says, examines “the passion and progress of black men on Charlotte’s West Side.”

While there, I couldn’t resist the urge to ask President Ronald Carter about the school’s search for his successor. Under the original timetable, that person was supposed to be in position many months ago.

Knowing Carter as I do, I wasn’t surprised when he said…as little as he possibly could on the topics.

“It is going quite well,” he grinned.

I pushed harder, asking about a potential new timetable for an announcement.

“It is going quite well,” he repeated, this time breaking into full chortle.

So I asked him about his own plans once he steps down.

“My plans are to sit on my front porch and chew apple tobacco and learn how to spit,” he said. When he finally got serious, Carter shared that he has been invited by the American Council on Education to mentor a cohort of seven “very dynamic men and women” who aspire to become university presidents. The program will have 47 mentees in total. Carter had told me previously that the bench for aspiring HBCU presidents is quite shallow.

He said he still isn’t ready to talk about his career plans post-JCSU, though he did say he definitely would be leaving Charlotte.

“…There are some other opportunities that I will pursue,” he said.

As for his next home: “I’ll announce that later, too,” he said. “I’ve done what I’m supposed to do (in Charlotte). I think it’s important for me to get out of the way of my successor.”

As for the book…

I bought a copy (14.95) and will look for ways to share some excerpts over the coming weeks — perhaps in our Morning Brew newsletter.

Carter said he hopes JCSU can use the book to “tie the university even closer to the Northwest Corridor.” “Always remember, our commitment is to help build sustainable assets in the community, and I consider our people to be the most valuable assets,” he said.

He added: “We have a tendency to approach people in the Northwest Corridor from a deficit prospective — always describing the negative things that are happening. We have to change the narrative and own a narrative that is positive.”

Carter said the school will host a “blue-ribbon colloquium” to talk about how to start building that positive narrative. He said he has talked with CMS Superintendant Clayton Wilcox about using the book in Charlotte-Mecklenburg schools. And others are chiming in, too.

“We’re already getting folks saying, “We have ideas for how this (book) can be used to really show strong ideas and strong images of black men in the Northwest Corridor,” he said.

“Ten Men” is available on Amazon.