20 years in, No Grease turns to franchising to accelerate growth

Owners Damian and Jermaine Johnson said the move is a natural progression for a business that has spent two decades fine-tuning its operating model. 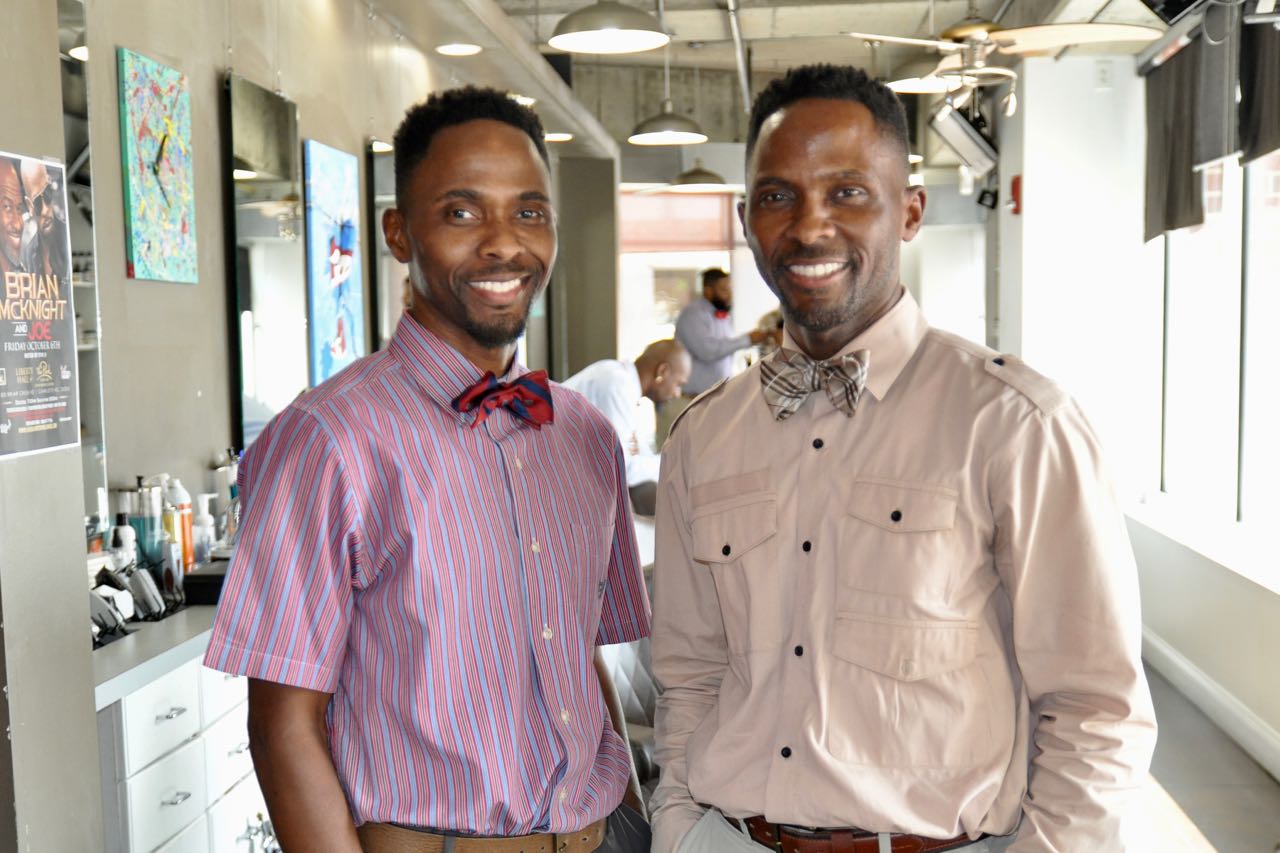 It doesn’t stand out at first glance, but it’s there…on the No Grease website…a new link that announces “franchise opportunity.”

Yes, 20 years after the brothers Damian and Jermaine Johnson opened their first barbershop in Charlotte, the twins are now walking in the tracks of other successful businesses owners who turned to franchising to accelerate growth.

The move, the brothers said, is a natural progression for a business that has spent the better part of two decades fine-tuning its operating model – everything from policies and procedures to branding and products.

“The totality of any business starts long before you open your doors up,” Damian told QCity Metro. “Ours started in a basement in Buffalo, New York, cutting hair with my mom, showing us the basics of cutting hair and serving people.”

Added Jermaine: “I don’t want people to think that we are some fly-by-night business, because we’re not. We got exposed to hair in the late 70s. My mother was doing Jheri curls…and we’re cutting hair in eighth grade through high school.”

The brothers said they began exploring the franchising option more than a year ago and recently completed the official process, which included hiring a California consultant and completing reams of legal documents.

Their first No Grease franchise is already in the books – they sold their Mosaic Village location on W. Trade Street to one of the barbers who worked there. And that’s just the beginning, they say.

Here are some excerpts from our interview, edited for brevity and clarity:

Q. Are there many franchises out there for barbers?

Damian: Actually, there are quite a few.

Q. Are you looking to franchise nationally?

Damian: Absolutely. We’re licensed in 36 states right now. So our goal is to be 50 states and two countries in our lifetime, definitely. I want the motherland. I want Africa. We can do Europe. Wherever there is hair, that’s where we want to be.

Jermaine: Definitely Ghana, Liberia. Probably the Caribbean. I don’t know, but definitely two countries outside of the United States.

Q. What are you looking for in franchisees?

Jermaine: When we start thinking about franchisees, we think about who wants to develop people. Who wants to develop people who develop their families who will then turn around and develop their communities? Those are the kind of franchisees we are looking for. We’re just using hair as a vehicle to get leadership in front of these people. And definitely economics. We want to be able to control how we use our dollars.

Damian: We would love for you have some management skills, some good community skills. But if you’ve got an open mind to understanding the structure and culture of barbering, you’ll do very well as a franchisee with No Grease.

Q. How much will a No Grease franchise cost?

Q. That’s a lot of money. Where will you find people with that much to invest?

Q. And what do the franchisees get for that money?

Jermaine: First of all, there is a franchise fee of $25,000, and then everything else is for brick and mortar. It’s equipment, products, advertising, working capital. Those numbers, minus the $25,000, are based on the history of what we know it takes to open up a business, at least a No Grease barbershop. It includes the lease and training. It’s a weeklong training you have to do with us before we even let you open up the shop. We’re part of your grand opening. We’re with you to the end.

Q. Will your franchisees be required to work in the business?

Damian: Not to work in it, but definitely be an active manager. Our franchisees don’t have to be a barber to own a shop. We have five or six (company-owned) shops that we’re not in right now, so your shop can be run without you being there. What you get with the franchise is a manual — a bible of the No Grease way of how to run your business.

Q. How long did it take to get this all set up?

Jermaine: The actual franchising process took approximately 10 months and cost approximately $90,000. But if you take all the years before that, just to get there and feel comfortable with having an infrastructure that you can write out and give to somebody else, it took all 20 years for that to happen. How do you open? How do you close? What kind of music do you play? What should they wear? It took all those different experiences to get there. It took every barber we’ve worked with, and it’s been hundreds, to say this is the recipe for success.

Q. Your first franchise sell was the shop in Mosaic Village. Are you looking to franchise any of your other company-owned shops?

Damian: We thought we were, but we want to keep them so that we can always stay familiar with everything — keep operating shops, keep testing out things. We’ll be the test dummies. If we’re going to try a new product, let’s try it at ours first. Anything that may change in structure or management or systems, well do it first before we put that on our franchisees.

Q. From a cultural perspective, can a white owner successfully own and manage a No Grease barbershop?

Jermaine: That’s a very good question right there. We think there will be people from different backgrounds — white, Asian, Spanish. They will value it. As much as the barbershop has been a staple in our communities, we don’t value it… We know that there is going to be a franchisee out there who’s white, or other, who says, “I like the No Grease brand. I want to develop people. I want to develop brown people. I want to help them build their communities.” So we believe our franchisees are going to be all kinds of races.

Q. Is Charlotte saturated with No Grease, or will there be franchise opportunities here?

Damian: Charlotte is not saturated at all.

No Grease timeline — 20 years of growth

Damian: Well, Simon Property (which owns Concord Mills) owns that mall out there — Sugar Loaf Mills — so we have a relationship. It’s close enough and far enough from Atlanta. It’s three hours (from Charlotte), so it was close enough for us to get to it if we had to get there. We didn’t need to be right in Atlanta yet. We had to learn the market first. So we got a good understanding of Georgia in Lawrenceville.

Jermaine: We wanted to be in Black Hollywood, which is Atlanta, Georgia. We are a black-owned brand, so that’s our core clientele; that’s our core market. So we visited Georgia for about five years before we could just decide where we would try it. Atlanta is saturated with barbershops and salons. When you’ve got so much, it can confuse the consumer.

The brothers opened their barber school in 2003, in response, they said, to the poor quality of applicants graduating form other schools.

Q. What was wrong with the barbers you saw coming out of barber school?

Jermaine: What we discovered was that the (North Carolina Board of Barber Examiners) only requires that you learn the basics. They learn medium-tapered haircuts, they learn how to shave and they learn safety and sanitary things. Great, but what we were having problems with was the business side of it, and some of the disciplines you need to be in business. The principles we’re talking about are universal principles — come to work on time, professional image, managing your money, understanding money. Before we could even get to the haircut thing, we had to get them to understand business.

Q. What do you do different at your school?

Jermaine: We’re business first. We’re able to vet better who’s the right student for our program. Our students have to pay out of pocket, so you have to really want to be in school to be in our school. So we get a whole different type of student when you do it that way. We’re business. It’s like being a basketball player and you’re understudy to Jordan or LeBron. We fell like that’s who we are in the industry. I’ve got you right there under me, we’re walking you though the whole industry, and we’ve got a career path for you.