Camp North End: 4 reasons why you should take note 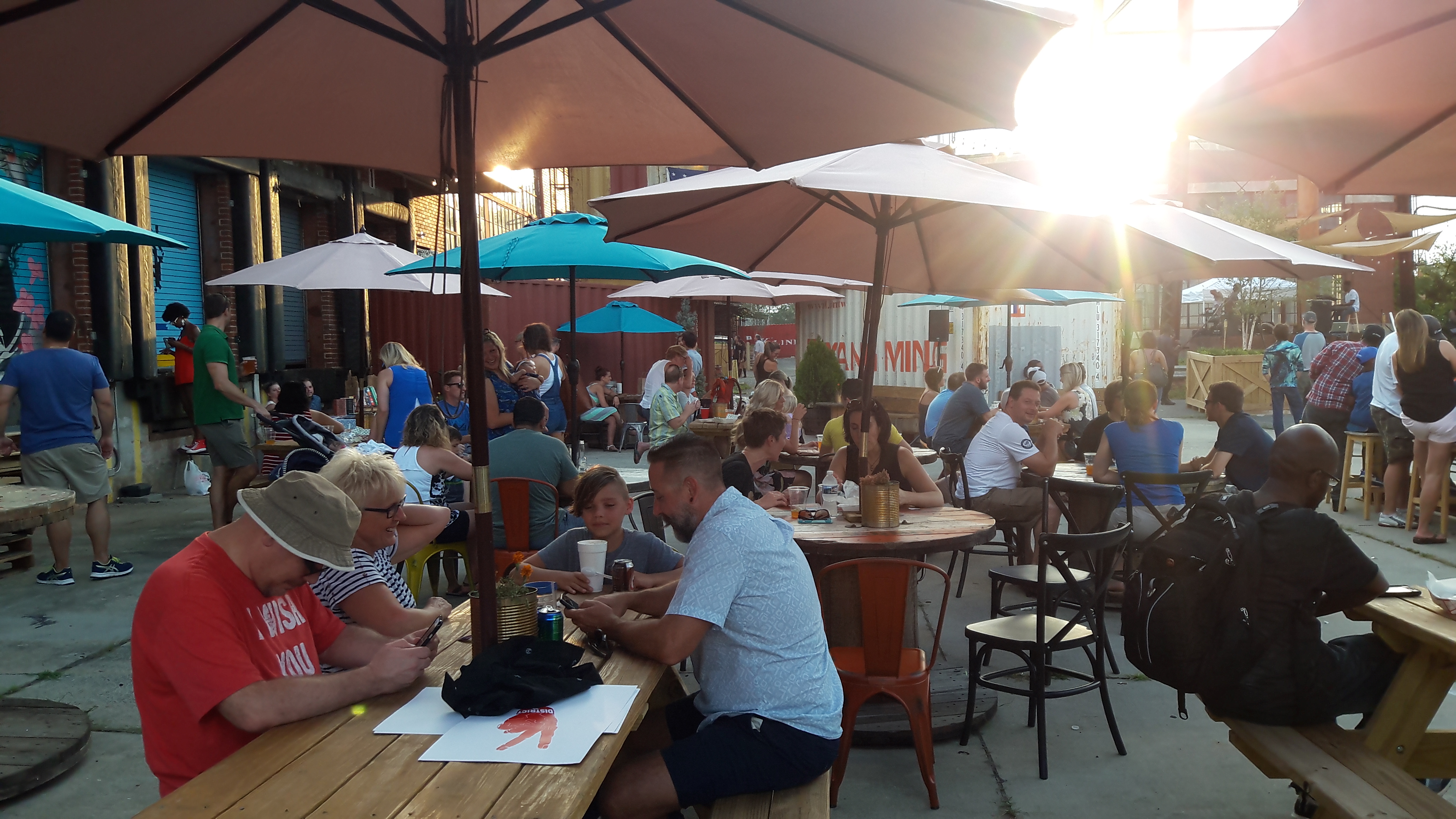 Charlotte’s newly dubbed North End district is getting a makeover. The area is blazing a new path for development in the Qcity, and Camp North End is positioning itself to be a game changer. When it’s all said and done, Camp North End will consist of a massive mix of offices, housing, event space, retail shops and more. However, it will not be an overnight process. Developers estimate it could take 15 to 20 years or more to fully realize the vision. In the meantime, here are four things you should know about Charlotte’s newest hot spot:

Camp North End consists of several historic buildings sitting on 75 acres just north of uptown – between Graham Street, Woodward Avenue and Statesville Avenue. It has served many purposes over the years.

The site dates back to 1924 when Ford built a factory there to make Model Ts and Model As. In 1941, the U.S. Army took over the facility and used it to store a wide array of military supplies during World War II. In the 1950s, the facility was repurposed to build and store missiles. It was renamed Charlotte Army Missile Plant (CAMP), from which its current name is derived. From 1975 until last May, Camp North End was a Rite Aid facility.

While developers are transitioning the space into something it’s never been, they have promised to preserve its rich history, which permeates everything. There are no plans to tear down the historic buildings, and many of the fixtures will be preserved or repurposed.

2. The Boileryard is a fun place to spend a Friday night.

The Boileryard, an outdoor/indoor community space, is officially open for summer. It draws its name from the boiler room and iconic water tower that powered a 1920s-era Ford Model T factory.

Camp North End invites the community to enjoy live music, science activities for children, adult beverages, food and vendors every Friday from 5 p.m. until 9 p.m. through October. For directions, use 1830 Statesville Avenue in your GPS.

3. New tenants are moving in. Last Friday, Camp North End announced a second wave of new tenants, a mix of creative enterprises and artists that are moving to the Boileryard. The list includes:

Camp North End is celebrating the official opening of the Boileryard and welcoming its new tenants with an open house on Friday, July 28 from 5-9 p.m.

Long before the arrival of Camp North End, developers were eyeing the North End district for its close proximity to center city, with its many work and entertainment venues. All along Statesville Avenue, the signs of change are everywhere — none more apparent than Brightwalk, a $125 million, mixed-income urban village where some homes sell for upwards of $400,000. Brightwalk sits just across Statesville Avenue from Camp North End, on land that was once home to Double Oaks public housing. Like Charlotte’s Cherry neighborhood and other historically black communities that are near uptown, the North End district is rapidly facing gentrification. And while no poor families will be displaced as a direct result of Camp North End, which currently has no homes or apartments, the massive development will likely to hasten that transition in its surrounding community.

Camp North End’s developers say they are sensitive to those concerns, and they say they have reached out to neighbors in surrounding communities, such as historically black Druid Hills, to get their input on the future of the site. ATCO says it also has committed to including mixed-income housing as part of its overall plans.

While no one can be certain that all promises will be kept over the next 20-plus years, developers appear to be taking promising steps to encourage inclusivity and diversity. That said, it is inevitable that change cannot come without consequence. There will be some repercussions that could negatively impact low-income families in the area, such as rising home prices and newcomers who may clash with longtime residents as the district continues to transition.

We want to hear from you

They say the only constant in life is change. What do you think of all the change that is happening in some of Charlotte’s historically black communities? Is it the inevitable price of progress? Share your opinion in the comments section below.