The golfing legend was taken into custody at about 3 a.m. near his Jupiter Island home and released hours later on his own recognizance 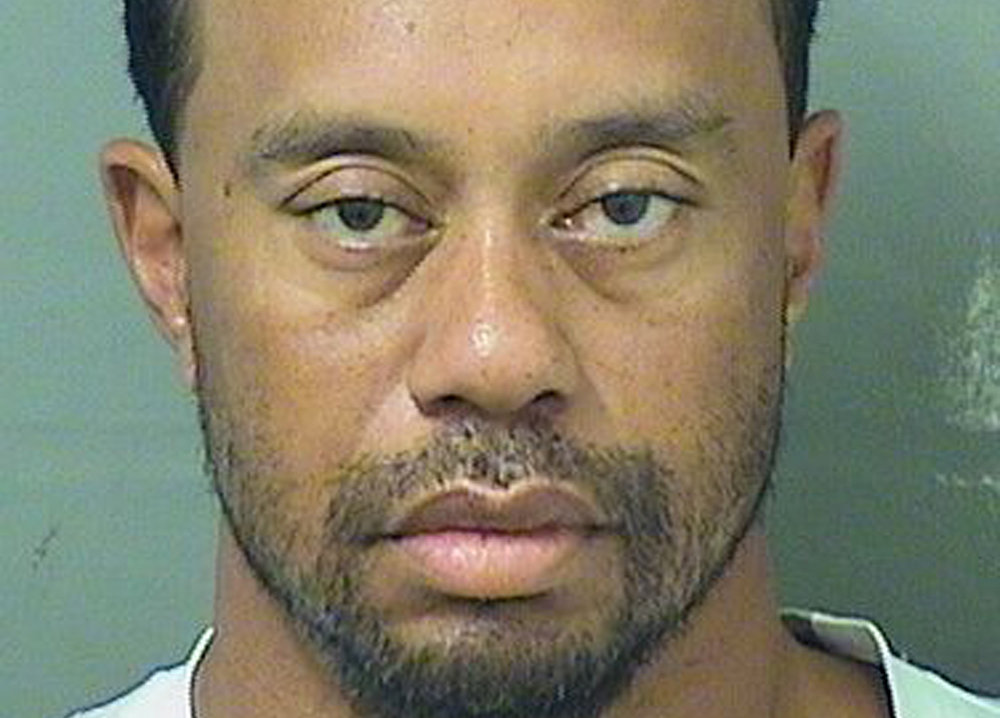 Tiger Eldrick Woods appears in a booking photo released by Palm Beach County Sheriff's Office in Palm Beach, Florida, U.S., May 29, 2017. Palm Beach County Sheriff's Office/Handout via REUTERSTHIS IMAGE HAS BEEN SUPPLIED BY A THIRD PARTY. FOR EDITORIAL USE ONLY. NOT FOR SALE FOR MARKETING OR ADVERTISING CAMPAIGNS. TPX IMAGES OF THE DAY. THIS PICTURE WAS PROCESSED BY REUTERS TO ENHANCE QUALITY. AN UNPROCESSED VERSION HAS BEEN PROVIDED SEPARATELY

(Reuters) – Former world number one golfer Tiger Woods was arrested in South Florida on Monday morning on a charge of driving under the influence of alcohol or drugs, according to media reports.

Woods, who is second on the all-time list with 14 major titles, was taken into custody at about 3 a.m.  near his Jupiter Island home and released hours later on his own recognizance, NBC affiliate WPTV reported.

Woods’s representatives did not respond immediately to Reuters when asked to confirm the reports.

Woods, who is currently sidelined from competition after having his fourth back surgery in April, said last week that he felt better than he had in years and had no plans to retire from competitive golf.

“Presently, I’m not looking ahead,” Woods, 41, wrote on his website.

“I can’t twist for another two and a half to three months. Right now, my sole focus is rehab and doing what the doctors tell me. I am concentrating on short-term goals.”

This is not the first time Woods has made headlines away from the golf course. His private life unravelled in late 2009 over allegations about affairs with several women and ultimately led to the end of his marriage.

Those allegations followed a bizarre early morning car accident outside his Florida home that rapidly ballooned into a fully-fledged sex scandal which turned his previously unblemished life and career upside down.