Dissatisfied with media coverage, CMPD launches blog to tell its own story

Melissa Treadaway, who once covered CMPD for the Charlotte Observer and now writes and edits "Beyond the Badge," said the blog will put a human face on the officers in blue. 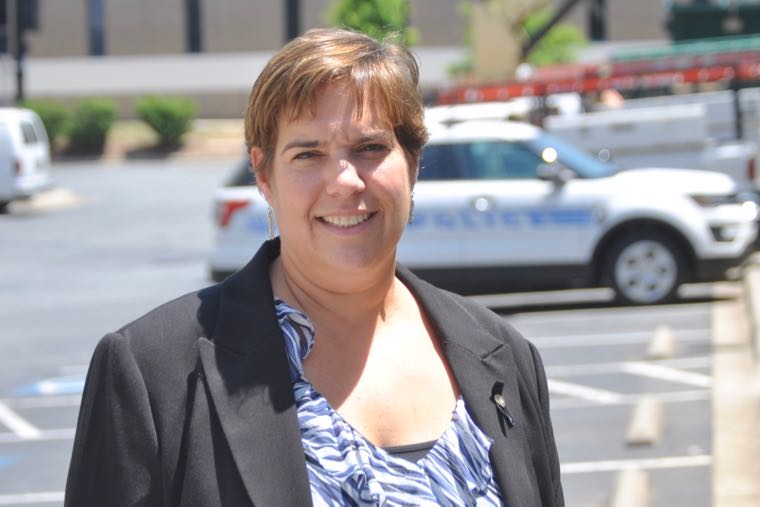 Melissa Treadaway, who currently writes and edits the Charlotte-Mecklenburg Police Department blog "Beyond the Badge," once covered CMPD as a reporter for the Charlotte Observer. (Qcitymetro)

Like many institutions in America, the Charlotte-Mecklenburg Police Department isn’t always thrilled with the press coverage it gets. So in an effort to better tell its own story, the department has launch a blog to reach the public directly.

Beyond the Badge is not so much a response to what media writes about CMPD, said its creator, Melissa Treadaway. Rather, she says, it is more in response to what the media sometimes fail to report.

“Traditional media have such time and space constraints that sometimes they either don’t do the stories that we think are important, or they just don’t go deep enough to get across the message that we think they should be getting,” said Treadaway, who once covered CMPD for the Charlotte Observer. “So this is an opportunity for CMPD to tell its own stories, really.”

The blog was launched on May 17 – in the midst of Police Week – and so far has attracted a few dozen followers. Treadaway says she hopes to increase its reach by posting its content on social media.

The friction that sometimes exists between CMPD and local media is far from unique. Police departments nationwide have come under intense scrutiny following a series of videos that showed officers killing unarmed black men.

Indeed, CMPD has its own brushes with public protests, especially in wake of the September 2016 killing of Keith Lamont Scott, an event that triggered two nights of sometimes-violent street demonstrations.

Treadaway said that, in addition to telling stories about the everyday lives of local officers, the department will use to blog to “make sure the whole story is getting out there.”

“We have no control over what any other publication does,” she said, “so we feel like we have some control with this.”

Mainly, she said, the blog will attempt to show the humanity of the men and women in uniform. In fact, one of the blog’s featured series is called “Humans of CMPD,” a take on the popular Humans of New York blog that reflects on the lives of ordinary New Yorkers in just a few sentences.

So far, Humans of CMPD has profiled an officer whose family includes a son with severe developmental disorders and another whose child died of a rare genetic condition.

Treadaway says getting the officers to open up about their personal lives has been one of the most challenging parts of her job.

“For us,” she said, “that’s a difficult story we’ve never told before.”

The goal, she said, is to show that CMPD officers struggle with all of the challenges common to the citizens they serve.

“Chief (Kerr) Putney has talked a lot lately about — and these are his words – ‘It’s hard to hate up close.’”

Treadaway, a graduate of UNC Charlotte, wrote for several small papers in the Carolinas before joining the Observer staff in 1998. She left in 2008 to work in CMPD’s department of research and planning. Since then, she has held a number of jobs with the police department, including work on a planning committee when Charlotte was preparing to host the 2012 Democratic National Convention.

Last September, weeks before the Scott shooting and the protests that followed, Putney asked Treadaway to join CMPD’s public affairs department. In addition to being the primary editor/writer for Beyond the Badge, she said her job also involves helping to build the department’s social media presence.

“When the chief brought me on board in public affairs, we talked about telling the department’s story, and that’s what he wanted my job to be – to get our story to the public, and directly to the public, without having to depend on anybody else to tell it for us,” she said.

Treadaway said the blog will not shy away from difficult topics, and she said it will not be used as a propaganda tool of CMPD. As proof, she points to a blog post that features a Charlotte pastor who works with CMPD to improve the department’s relationship with the city’s black community, yet the pastor questions the department’s attitudes toward African Americans. He said in the post that the killing of Scott, who was holding a gun, was avoidable and that Scott probably would not have been killed had he not been black.

“We are committed to getting everyone’s views in it,” she said, adding that some of the things the pastor said “would not make our police officers happy.”

“I have a journalism background,” she said, “and I am completely committed to doing this the right way and making sure we give people the whole story and not a one-sided story at all, and I certainly have Chief Putney’s backing on that.”