The media mogul was there to celebrate the graduation of Andronica Klaas, who enrolled at JCSU after attending the Oprah Winfrey Leadership Academy for Girls in South Africa. 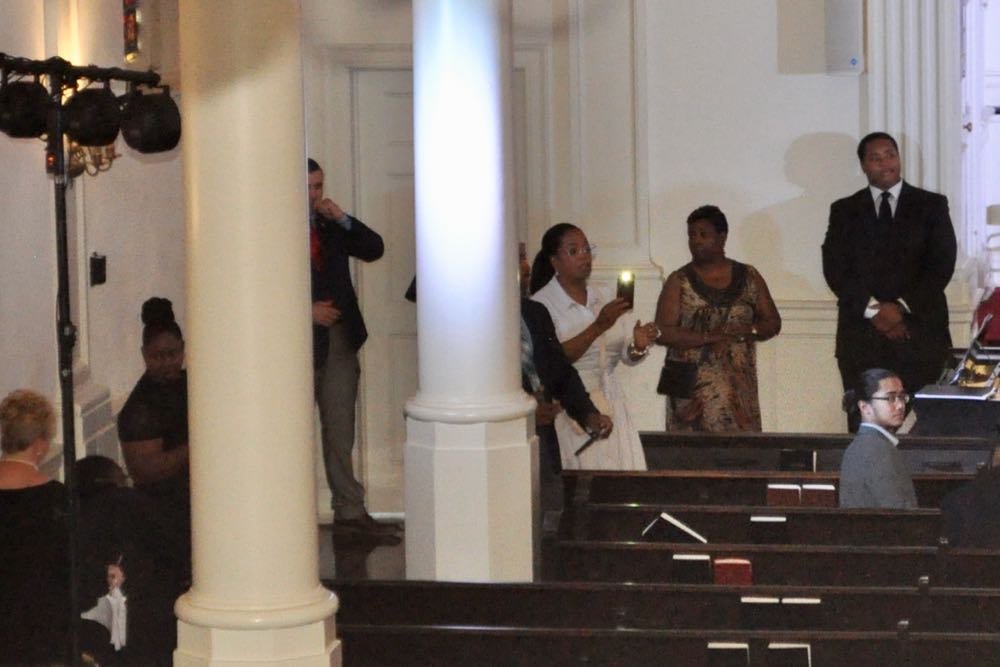 Oprah Winfrey made a brief stop in the Qcity this week when she dropped in at Johnson C. Smith University to attend the school’s 2017 Baccalaureate Service.

The media mogul was there to celebrate the graduation of Andronica Klaas, who enrolled at JCSU after attending the Oprah Winfrey Leadership Academy for Girls in South Africa. (Winfrey was last year’s commencement speaker when two other graduates of her academy left JCSU.)

The 63-year-old actress and former talk show host did not speak at the baccalaureate service; she sat alone in a pew near the front of the school’s Jane M. Smith Memorial Church. She left the campus immediately after the Friday service and is not expected to attend Sunday’s graduation ceremony, when the school will confer degrees upon 277 students, including Klaas.

JCSU is wrapping up a yearlong celebration commemorating the school’s 150th anniversary since its founding in 1867. The school also is marking its last graduating class under President Ronald Carter, who announced last year that he is stepping down after nearly nine years at the helm of the private institution, which was founded to educate former enslaved men to be teachers and preachers.

Evangelist Cindy Kent of Minneapolis, who delivered the sermon at Friday’s baccalaureate service, reminded the students that they stand on the shoulders of countless others who made sacrifices to move JCSU forward.

Kent, president and general manager of 3M Co.’s infection-prevention division, told the students that they must now fulfill their own destinies, adding that each is a “purpose wrapped in flesh.”

“Some of you had to overcome family drama. Some of you had to overcome financial hurdles. But you made it,” she said. “Every experience, every struggle, even college, if you allow it, if you allow the bad times as well as the good times, and be open to the possibilities of the lessons they are trying to show you, they will move us, they will shape us into the people we were always destined to be,” she said.