Qcitymetro readers offer some opinions about the former Baltimore Ravens running back who famously assaulted the women he would later marry. 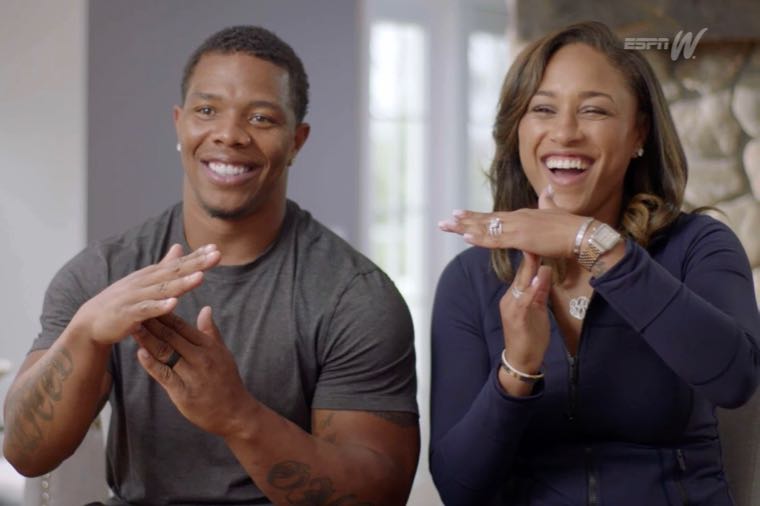 On Monday, Morning Brew readers watched a video in which former Baltimore Ravens running back Ray Rice and his wife Janay talked about how they’ve worked to repair their relationship following that infamous assault we all saw inside a hotel elevator in 2014. They also talked about their desire to see Ray Rice get a shot with an NFL team.

We asked readers to watch the video and offer some Talk Back about whether Rice should be allowed to play again. Here is a sampling of their responses:

“Having watched the video, it appears to me that Ray Rice has learned from his mistakes and even more so has made the necessary adjustments to be a better husband, father and man.  Everyone deserves a second chance, so as long as there is proof positive that they have been rehabilitated.” V.E.

“Sure, but I don’t own an NFL franchise. Domestic violence on tape is bad for business. However, in the world of professional sports, anything is possible. It’s all about if Ray can still perform like the striker that he once was when he made all-pro and was one of the leading rushers in the league. I wish the Rice family all the best in their future endeavors.” AS

“Life for most of us is about second chances, and third chances, and many more chances. I think he deserves another chance to play ball and show the world what redemption looks like.” RB

“Well, as stated in the video, their incident was the only one on video. I say if they have fixed it between themselves and he’s done what he needs to do in the eyes of the law, yes, he deserves a second chance. Worse things have happened to other athletes.” NR

Get our Morning Brew delivered to your in-box? Join the Community.