For award-winning photographer Zun Lee, the concept of black fatherhood has long been nuanced

This German-born photographer who now lives in Canada is using his camera to expose a truth rarely portrayed or appreciated in mainstream media. 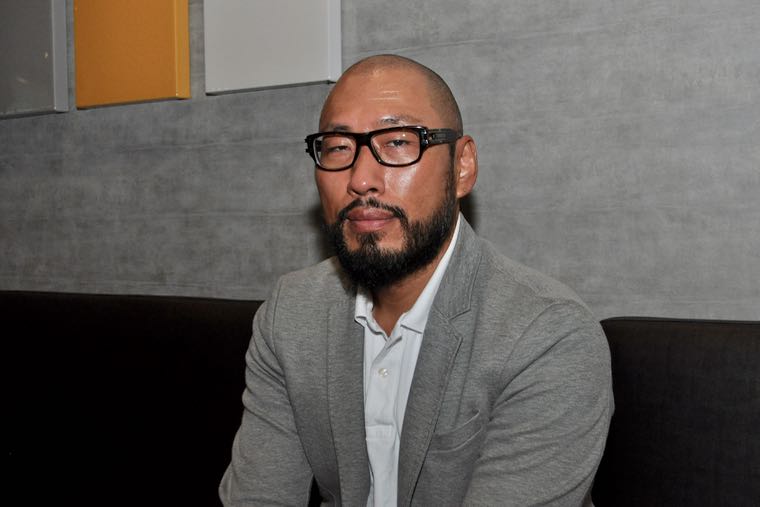 Zun Lee, an award-winning photographer who has turned his camera to capture everyday life in black communities, talked with Qcitymetro, April 28, 2017. (Qcitymetro.com)

“I have a history that’s kind of complex, but at the same time it’s pretty simple.” ~ Zun Lee
***

Life can be complicated, nuanced and rarely exactly what it appears to be. The award-winning photographer Zun Lee knows this better than most.

Born to a Korean mother in Frankfort, Germany, he learned at age 35 that his biological father was black, and that the Korean man he grew up believing was his father was not his birth father at all.

You see, the concept of fatherhood has long been nebulous to Lee, a former physician who currently lives in Toronto, Canada.

As a boy growing up near a U.S. military base in Germany, it was always the black men – Army soldiers – who took him under their care when he went to visit the homes of his African American friends.

So decades later, when Lee put aside his medical degree and picked up a camera, he found himself naturally drawn to scenes that depict the everyday life that unfolds within African American communities, especially the role of men – black fathers.

Since Jan. 28, a collection of Lee’s portraits – Zun Lee: Father Figure — has been on display at the Harvey B. Gantt Center. On Saturday at 1 p.m., Lee will hold a discussion and book signing at the Gantt.

He met with Qcitymetro to talk about his life and his work, and how his life influences his work. Parts of that conversation are printed here, edited for brevity and clarity.

Q. How did your “Father Figure” project come about?

I had no plans on doing this. It started in 2011. I was doing a photo workshop in New York, and the instructor at that time, he looked at my portfolio and he said, You know what? I see something else in there. You’re taking pictures of people on the street, but there’s a story there that you’re trying to tell. It’s not their story; it’s something about your life. He said, Why don’t you tell me what it is, and maybe you can start doing that while you’re here.

Q. So what was it about your work that tipped him off?

It was two things. One was dealing with the trauma of finding out my biological father wasn’t who I thought it was. The other aspect is that growing up, I was surrounded by many African American men who were not my father who took it upon themselves to take care of me. Until the time that I started this project, I had never looked at these men as father figures. They were just there. But then when I picked apart that notion of what it meant for them to take care of me — they took me to school, they made sure my homework was done, they would serve me dinner if my parents weren’t around — they were actually fulfilling a parental role.

Q. You described the truth about your biological father as a “family secret.” What prompted your mother to finally tell you?

Yeah, we had a fight. We always fought about various different things, and so my mom, she never even meant to tell me. It sort of slipped out. But at the same time, it wasn’t a complete surprise. Even growing up, people always remarked about my looks, like, What’s going on with you? We can’t really place it. So there’s always been moments in my life where I had to sort of wonder, is there more to it?”

Q. Have you met your biological father?

No. I have no information about him.

Q. Some people might think that your circumstances (not knowing your biological father) would push your work in the opposite direction.

Exactly. The assumption people make is, if that’s how you found out, doesn’t that cause a lot of resentment, or wouldn’t that make you feel that the stereotype was somehow valid, that you are somehow part of the story of the stereotypical absent, black father? For me, it was actually quite different. It kind of completed a missing part of my childhood, because my experience with black men had always been positive. As a child, I didn’t know I had a father who was black, so I can’t be resentful of a man I didn’t know. My own father, who I thought was my biological father, was actually not much of a good father at all. So for me, these black men represented another side of fatherhood that actually showed me what a good father could be.

Q. How do you find your subjects?

Usually it’s word of mouth. I talk to my friends a lot and see if either they’re interested, if they’re fathers, or if they know any fathers that would be great to work with. I use social media a lot. I send messages out on Facebook. Sometimes friends message me with Facebook profiles. I put an ad out initially looking for people, and that wasn’t very productive at all.

Q. How many men have you photographed?

I reached out to about 400 families and fathers, and out of those 400, I ended up working with four or five families on a long-term basis. Not a lot of success, if you want to call it that. For me, it wasn’t about just going somewhere and taking pictures and then leaving. I really wanted to find families that I can create a relationship with and keep coming back over and over again. That takes a lot of investment on both sides. I’m actually really embedded in their lives. I would sometimes go and stay with them for extended periods of time — a weekend or a week or two weeks — literally just live with them and really immerse myself in their lives in a sort of ethnographic kind of way. I wanted to really get a sense of what their lives are like, to the point where they don’t even necessarily notice what they are doing in front of me.

Q. What do you think you learned from this?

There are two things. On a personal level, it did give me a sense of redemption — redemption from my own history. It gave me a sense of closure, so no, I don’t necessarily have to go out and find my dad. I know that whatever he had to do, there was probably a reason. On a broader level, there is a lot about black men and black fathers that often gets misunderstood. When black men are labeled as pathologic and when black fathers are labeled as absent or irresponsible, usually there are specific reasons for why this is happening. The nuanced stories are never shown. There is a certain dynamic for a black man not to be seen as affectionate, loving, capable of parenting. That has nothing to do with the men themselves but the way that society wants to see these men.

Q.  Are you still practicing medicine?

No, I don’t practice anymore. I stopped in ’97. I’m an artist fulltime now. Have been for two years.

I liked going to school, but the actual practice…I was never…I always wanted to be an artist. Going to (medical) school was sort of fulfilling parental wishes and making sense rather than following my dreams. So quitting…it didn’t come with a lot of regret.

Q. So where do you go from here?

The fatherhood work continues. The families that I used to work with and still work with, their kids are now growing up, so that creates another story as these kids grow up and develop their own voice. So I’ll continue working with these families and see what their story becomes. But I’ll always tell stories around everyday black life. Black masculinity and the nuances around that…that’s another project I’m working on. And I’m actually here beginning a project with the Gantt Center. They’ve commissioned me to do a project around gentrification, but more from a community perspective, not just looking at the macro effects of what’s happening but like how does it actually affect individual families?