Is it just me, or is the constant drum beat of social media starting to make us loopy? 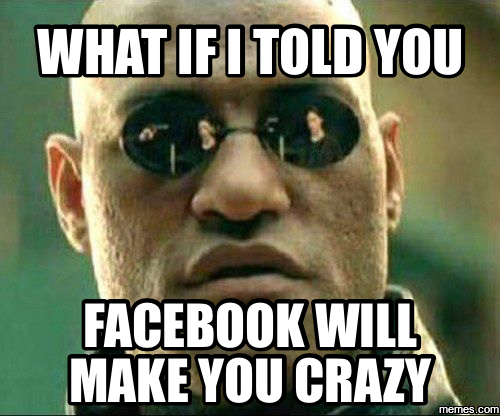 Like a lot of journalists, I surf my social media accounts for news headlines a lot. Lately, I find myself “smh” at headlines that trumpet news that you and I both knew all along, right?

In A Surprise To No One, Victoria’s Secret Thinks Thin, White Women Are Sexy

In The Huffington Post’s defense, the latter headline did state that no one was surprised by the Victoria’s Secret preference. So then, why write about it?

“Many on social media slammed the lingerie brand for its lack of diversity and inclusivity,” the story says. Unfortunately, this is what too often passes for a “news source” these days.

I get it; sometimes things we already know just need saying. But all this eye-rolling is getting a little hard on my eyes — and my nerves. But I found a solution when I stumbled across this headline:

If you’re feeling overly stressed lately, according to this Bloomberg story, you may be checking social media accounts too often.

Well, it’s not like I didn’t know this, but the American Psychological Association has confirmed it.

“Nowadays, 43 percent of Americans say they are checking their e-mails, texts, or social media accounts constantly. And their stress levels are paying for it: On a 10-point scale, constant checkers reported an average stress level of 5.3. For the rest of Americans, the average level is a 4.4,” the story says.

This story is a couple months old, but thanks to my Twitter feed, today I found an answer to stress abatement — log off.

Almost half of Americans are constantly checking social media, and it's driving them insane https://t.co/4yUaZiVZjh pic.twitter.com/jxspEd9kte