CMPD said the girl's uncle, 36-year-old Curtis Atkinson Jr., will be charged with two counts of murder in the death of his parents, who were also the child's grandparents. 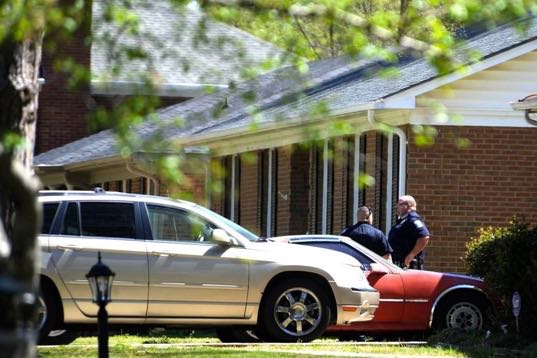 An 11-year-old girl missing from a Charlotte home where a double homicide occurred Sunday was found hours later in Washington, D.C.

A Charlotte-Mecklenburg police spokesman said Arieyana Simone Forney was in good health when D.C police found her inside a 2005 Chevrolet Impala that was being driven by her uncle, Curtis Atkinson Jr., 36.

The victims killed in Charlotte were identified as Atkinson’s parents, Curtis Atkinson Sr., 63, and Ruby Atkinson, 62. The couple were also the grandparents of the 11-year-old girl.

According to the CMPD spokesman, Andrew Harris, D.C. police located the car after they received a 911 call around 8 p.m. from a female inside the vehicle. During the call, the female was able to provide the car’s approximate location.

Police tried to conduct a traffic stop, but the car sped away before it was involved in a minor crash, which ended the pursuit. No one was injured in that crash, police said.

Curtis Atkinson Jr. was being held in D.C. on local charges and will be charged in Charlotte with two counts of murder in the death of his parents, Harris said.

Police have offered no motive for the killings.

The Charlotte Fire Department found the couple dead inside their home in the 7500 block of Glenncannon Drive in east Charlotte early Sunday after going there because of a house fire. When police could not locate the 11-year-old girl, who also lived in the home, they issued an Amber Alert requesting the public’s help. They said the child was likely traveling with an adult in a white Impala.

A second female, Nikkia Cooper, 25, was also found inside the car when it crashed in D.C. She was arrested on drug charges. Meanwhile, CMPD detectives are trying to determine whether Cooper was involved in the Charlotte killings.