ESPN commentator and Winston-Salem State alum Stephen A. Smith and six others will be inducted Friday into the 2016-17 John B. McLendon Jr. Hall of Fame. 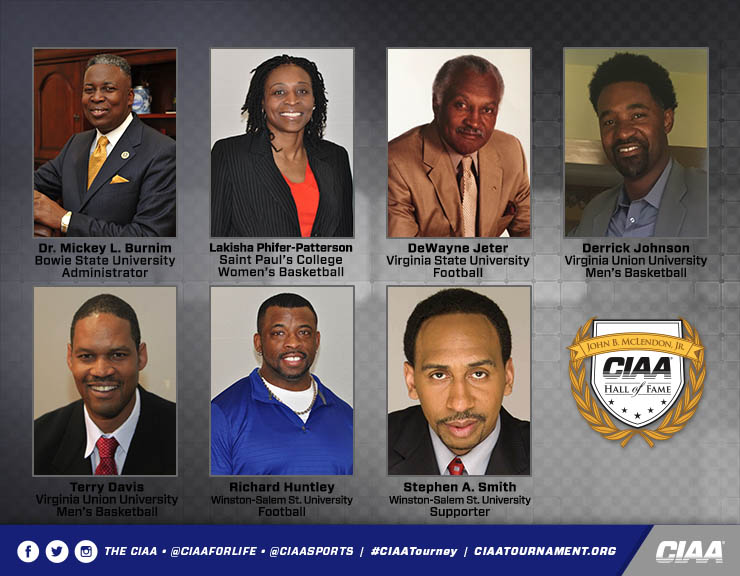 ESPN commentator and Winston-Salem State alum Stephen A. Smith and six others will be inducted Friday into the 2016-17 John B. McLendon Jr. Hall of Fame.

Smith accepted a scholarship to play basketball under legendary Head Coach Clarence “Big House” Gaines in the late 1980’s. In 1991, he graduated from Winston-Salem State and began his journalism career as a clerk/writer at the Winston-Salem Journal.

Smith is co-host of “First Take” on ESPN and also hosts the “Stephen A. Smith Show” on ESPN radio.

He has also worked as a commentator and analyst at some past CIAA Tournaments for ESPN networks.

Smith advanced his career through positions at the Greensboro News & Record, New York Daily News, and the Philadelphia Inquirer. He has earned a reputation as one of the nation’s most successful journalist/commentators of the modern era.

The CIAA annually recognizes inductees for their excellence in the CIAA, significant contributions in the community, leadership in CIAA sports, and commitment to the conference mission. Each honoree is recommended by the CIAA Hall of Fame Committee, endorsed by the Management Council and approved by the Board of Directors.at

“We are pleased to honor this distinguished group of individuals whose talents and contributions to the CIAA and its member institutions have been locally and nationally recognizable and impactful,” said CIAA Commissioner Jacqie McWilliams.

A formal induction ceremony will be held 9 a.m. Friday at the Hall of Fame Breakfast at the Charlotte Convention Center. Individual seats and tables of 10 can be purchased online at ciaatournament.org.