Stevenson, 91, was a leader in the 1970s in the push to desegregate Charlotte schools, and in 1980 she became the first black woman elected to the school board. 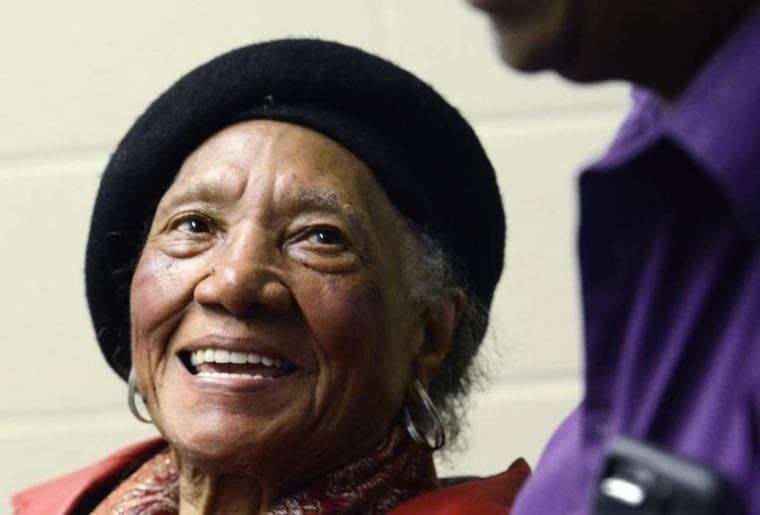 Sarah Stevenson, a local pioneer in school desegregation and founder of the Tuesday Morning Breakfast Forum, will be awarded the Harvey B. Gantt Center’s annual Spirit of the Center Award, along with PNC Bank and Duke University professor Richard J. Powell.

The awards will be presented Saturday during the Gantt Center’s annual Jazzy Holiday Gala, held this year at the Charlotte Convention Center.

“The Jazzy Holiday Gala is our signature fundraising event that allows us to honor those who do good work in the community, and celebrate our accomplishments and the members who support us,” Gantt Center President & CEO David Taylor said in a statement. “We are especially excited to recognize one of our very own, Ms. Sarah Stevenson, who has been with the Gantt Center since its inception as the Afro-American Cultural Center in 1974.”

Stevenson, 91, was a leader in the 1970s in the push to desegregate Charlotte schools, and in 1980 she became the first black woman elected to the school board. The breakfast forum she helped create more than 35 years ago is now one of the city’s leading outlets for civic discussions.

The Gantt Center will recognize Stevenson for her work in the category of Philanthropy & Community.

Powell, an art historian and dean of humanities, will receive the Arts & Culture award. Powell’s research and teaching at Duke focuses on American art, African American art and theories of race and representation in the African diaspora.

The annual black tie will feature cocktails, dinner, awards, entertainment and dancing. This year’s theme is “Art and Soul.” Tickets are sold out.