Already a landmark on the National Mall, this museum is worth every bit of planning, saving and vacation time you can spare. 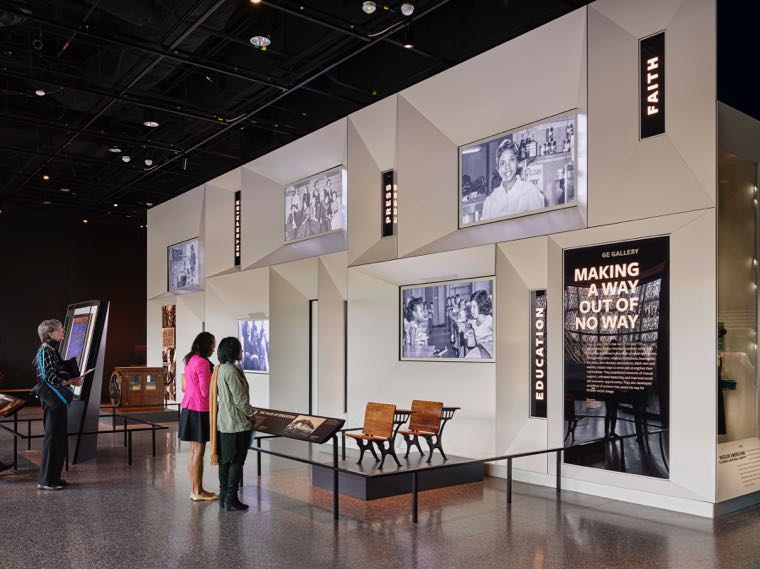 Most travelers to Washington, D.C. make it their business to visit a few of the city’s iconic monuments. Now with the opening of the National Museum of African American History & Culture, they have another bucket-list destination on the National Mall.

Visiting the museum, which is part of the Smithsonian Institution, is worth every bit of planning, saving and vacation time you can spare, for as museum director Lonnie Bunch said during the September opening ceremony, it’s “been a hundred years in the making.” And once you’re there, you may feel like it just might take that long to absorb it all.

When it opened three months ago, the museum unveiled 12 exhibitions and more than 4,000 of the 36,000 artifacts its curators had collected. The museum’s visionaries clearly had decided it needed to be comprehensive—hence the long name. The result is a magnificent structure dedicated to documenting African American life, art, culture and history in a way that’s both exhilarating and exhausting.

Perhaps not surprisingly, the historical displays that deal with slavery and the transatlantic middle passage are dark and foreboding. The mood is set when you enter a clanking freight elevator that slowly takes you below ground. And no matter how much you think you know about America’s slave history, it’s still unnerving to see, up close and personal, artifacts such as iron shackles for children, slave passes and a slave auction block.

But the museum’s visionaries also knew they wanted to capture African American life in all its glory, from the black cowboy to the middle-class socialite to the striving business owner. And as for pop culture, there are artifacts honoring some of the great, black music makers like Parliament Funkadelic, James Brown and Whitney Houston.

Children and adults alike will groove to the interactive, Wii-like demonstration of fraternity stepping. And whether your interests center on church hats, wartime weaponry or the roots of hop-hop, this museum has something sure to amaze you.

[Join the Arts & Science Council for a Feb. 24 bus trip to the National Museum of African American History & Culture]

Before making your trip, here are a few things to consider.

A two-day visit, or maybe even four

This is a 400,000-square-foot structure with five levels above ground and four levels below. If you only have a one-day pass, you can tour all eight levels of museum space (the top floor is reserved for offices), but you’ll emerge hours later bleary-eyed, dog-tired and wanting more. Even those who live in the D.C. area and have visited multiple times say they feel like they’re just scratching the surface.

Talk about conflicting opinions. Some advise starting at the top to avoid crowds, while others say start at the bottom for the same reason. The bottom levels delve into the middle-passage ship horrors, slavery, segregation and civil rights. The top levels represent our more cultural experiences, from music to sports to business. No matter which direction you take, be prepared for your emotions to rise and fall — or fall and rise, depending on your pick.

With so much to see, it’s easy to miss one of the museum’s best gems — the Contemplative Courtyard. You’ll get a totally different vibe watching a circular band of water streaming into a wading pool under a burst of daylight. Sit in the long, marble seats and read quotes from luminaries such as Martin Luther King Jr. and Sam Cooke. It’s simply a great spot for thinking — and resting.

Since you’re likely to be there for hours, be prepared to drop $20 to $30 per person in the Sweet Home Café. But this is not the time to go safe by sticking to the fried chicken version of soul food. (It’ll never stand up to your grandma’s masterpieces anyway.) Instead, try black regional favorites, like NYC oyster pan roast; duck, andouille and crawfish gumbo; “son of a gun” stew braised short ribs; stuffed rainbow trout; Yankee baked beans with smoky molasses sauce; or Wild Turkey pecan pie.

Expect to instinctively look for personal connections. Carolinians can point to a slave cabin transported in full from Edisto, S.C., or the display on Dorothy Counts Scoggins of Charlotte and her quest to desegregate local schools. Then there’s the Michael Jordan Hall with its video of a North Carolina A&T University drum major in high-low form, as well as memorabilia from Jordan’s career.

And who knew about Duke University student Joan Trumpauer, who went on to become a Freedom Rider and the first white woman accepted into Delta Sigma Theta Sorority? Or how many remember Mack Ingram, who served time for “reckless eyeballing” a white woman in Caswell County, NC, a story that made international headlines but received no local coverage?