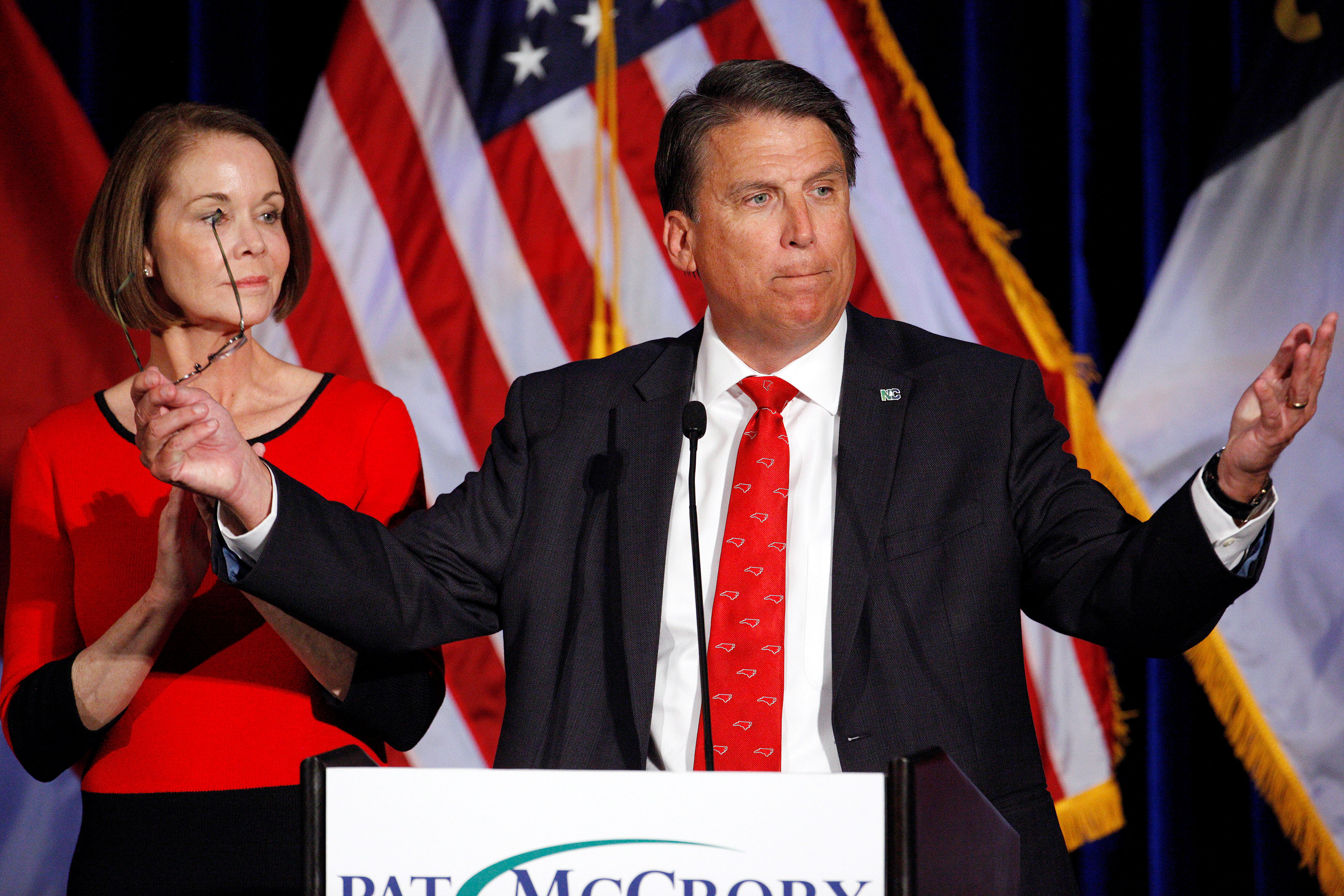 North Carolina Governor Pat McCrory tells supporters that the results of his contest against Democratic challenger Roy Cooper will be contested, while his wife Ann looks on, in Raleigh, North Carolina, U.S. November 9, 2016. REUTERS/Jonathan Drake

(Reuters) – North Carolina Governor Pat McCrory’s campaign criticized his Democratic challenger on Wednesday for claiming victory in the state’s neck-and-neck gubernatorial race, saying tens of thousands of votes had yet to be tallied.

If Cooper’s advantage holds, it would be the only governorship pick-up for Democrats nationally, while Republicans extended their dominance over state executive offices by flipping seats in New Hampshire, Missouri and Vermont.

McCrory’s campaign, however, said the outcome of the North Carolina race will not be known until outstanding absentee, military and provisional ballots are counted, a process expected to extend into next week.

“Claiming an outcome before the process has concluded is irresponsible and disrespectful to the voters of North Carolina whose voices have yet to be heard,” McCrory campaign strategist Chris LaCivita said in a statement.

The campaign and state Republican Party signaled that a legal fight could be ahead, calling into question why some 90,000 early votes in heavily Democratic Durham County were not uploaded until late Tuesday.

LaCivita said Republicans had “grave concerns over potential irregularities” in that county. North Carolina Republican Party Chairman Robin Hayes said dozens of lawyers would be deployed across the state to ensure the validity of every vote cast.

Democrats said they expected Cooper to maintain his lead.

The race in North Carolina was seen as effectively serving as a referendum on a state law that bans transgender people from using government-run restrooms that correspond with their gender identity and limits protections for gays and lesbians.

McCrory signed the law, known as House Bill 2, and steadfastly supported its bathroom provision despite the economic backlash against the state after it passed in March.

Cooper called the measure discriminatory and said it should be repealed.

County elections boards will certify Tuesday’s results on Nov. 18, state election officials said. If the race is decided by 10,000 or fewer votes, a candidate may request a recount.