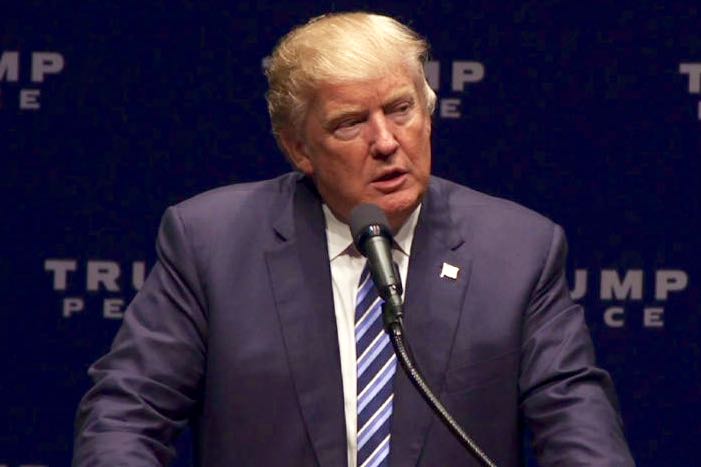 Donald Trump stopped off in North Carolina to propose a series of new incentives to help blighted neighborhoods and boost African American businesses as he tries to appeal to minority voters. October 26, 2016

Speaking at Spirit Square to an invitation-only audience that was predominantly white, Trump said his economic plan to strengthen black communities would be “grounded in three promises – safe communities, great education and high-paying jobs.”

“Here is the promise I make to you whether you vote for me or not: I will be your greatest champion,” he was quoted as saying in The Charlotte Observer.

Trump’s return to Charlotte comes as several polls show him trailing Democratic nominee Hillary Clinton in most battleground states. His national support among African Americans is about 4 percent, according to a CBS News poll released last week.

Delivering an urban policy speech two weeks before the Nov. 8 election, Trump highlighted his plan to ease access to bank credit for young blacks trying to start businesses and create jobs in their communities.

Those steps, coupled with efforts to reduce U.S. trade deficits and the outsourcing of jobs abroad, Trump said, would “raise wages at home, meaning rent and bills become instantly more affordable” for the poor.

Trump also promised to address crime in America’s black communities, which he has characterized in previous speeches as disaster areas.

“I want every poor African-American child to be able to walk down the street … and not be scared,” he said. “Safety is a civil right. The problem is not the presence of police but the absence of police. … We must work with our police, not against them.”

Trump criticized what he called “uneven justice,” and he promised that justice would be applied “fairly and equally and without prejudice” under a Trump administration.

Clinton, meanwhile, returns to North Carolina on Thursday for a rally at Wake Forest University with first lady Michelle Obama.

Trump’s efforts to win black voters has been sporadic at best. Critics have noted his inflammatory remarks on the campaign trail and the occasional violence that has been aimed at some black protesters who have attended his rallies. Trump is also known to his black opponents as the man who, for all eight years of Barack Obama’s presidency, led the so-called “birther” movement, which sought to delegitimize Obama’s two electoral victories by claiming, falsely, that Obama was born in Kenya.

The Charlotte Observer and Reuters contributed to this report.