Barring a political cataclysm between now and election day, Trump will lose because of one basic fact: The American electorate has shifted in ways that few of us fully appreciate. 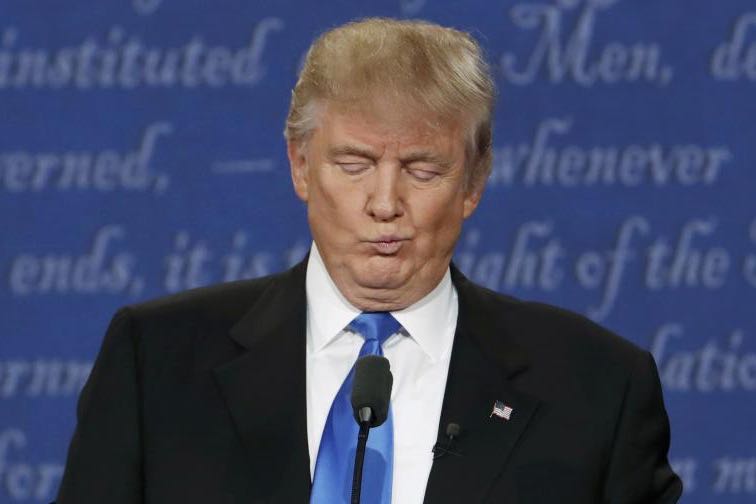 Some of my friends on the progressive left are worrying themselves gray over the prospect of a Donald Trump presidency. Despite what the polls have said, my advice to them has been consistent: The likelihood that Trump will win on Nov. 8 is next to nil.

Forget alleged email scandals. Forget tax returns and suitability to serve. Barring a political cataclysm between now and election day, Trump will lose because of a far more basic reality: The American electorate has already shifted in ways that few of us fully appreciate.

Before walking myself out onto this limb to predict a Hillary Clinton win, I went back and read some of the national news coverage immediately after the 2012 race, when President Barack Obama won his second term against Mitt Romney. The facts were startling – and distressing for Republicans.

• Democrats have won the popular vote in five of the last six presidential races.

Assuming all things stayed even since 2012 (a generous assumption at best), for Trump to win, he would need to either, a) win a higher percentage of white voters than Romney did or b) make deeper inroads among black and Latino voters.

Let’s deal with the most unlikely scenario first – Trump winning a higher percentage of black and Latino voters. I can sum up the probability of that with three words: Not. Gonna. Happen.

So that leaves white voters. I suppose white America could fall in line behind Trump in sufficient numbers to give him the victory, but what would it take for that to actually happen? Again, the numbers paint an unlikely scenario.

Keep in mind that Romney lost to Obama (a black man) with 59 percent of the white vote. In this current race between two unpopular (white) candidates, I see no likely pathway by which Trump will do significantly better with white voters than did Romney. At best, Clinton and Trump will battle themselves to an effective dead heat.

But let’s imagine that Trump’s appeal among the white electorate is stronger than polls indicate. How many more white voters would he need, based on the 2012 turnout, to move his belongings into 1600 Pennsylvania Avenue?

Two years ago, Washington Post columnist Chris Cillizza crunched some numbers, and here is what he found: For Romney to have won the popular vote over Obama, he would have needed to win 62 percent of the white vote (assuming everything else stayed the same), not the 59 percent he actually got. (Ronald Reagan won 66 percent of the white vote in 1984 – the highest percentage for a Republican in modern presidential history — when he thumped the hapless Walter Mondale.)

We all know, of course, that elections aren’t won by popular vote, so Cillizza also looked at the electoral map. And there, the numbers were even more daunting for Republicans.

In two of the biggest swing states that Trump would need – Florida and Virginia – Romney actually faired better among white voters than he did in the nation as a whole, winning 61 percent in each, but he still lost both states overall to Obama. Romney won 57 percent of the white vote in Ohio and lost the white vote by a razor-thin margin in Iowa. He lost both those swing states to Obama as well.

After parsing results from the 2012 election, GOP leaders were so distressed by what they saw that they vowed to launch a national outreach to win over more black and Latino voters. But those efforts quickly faded, replaced by the thinly veiled bigotry in Trump’s vow to “Make America Great Again.”

Here are two lines — two telling lines — from the infamous document that came to be known as the Republicans’ “autopsy” of the 2012 election: “The nation’s demographic changes add to the urgency of recognizing how precarious our position has become. America is changing demographically, and unless Republicans are able to grow our appeal…the changes tilt the playing field even more in the Democratic direction.”

Another four years have passed since our last presidential election. The demographic numbers that were merely unfavorable to Republicans in 2012 have certainly grown worse in 2016.

Trump’s One Path to Victory.

Trump has one path – and one path only – to electoral victory, and that’s low voter turnout.

If America stumbles out of bed on Nov. 9 to the drunken reality that it has elected a narcissistic bully with little grasp of foreign or domestic policy, it won’t mean my analysis was flawed; it will be because blacks and Latinos simply didn’t show up to vote. (We saw what happened in the North Carolina General Assembly in the low-turnout year of 2010, just two years after Obama narrowly carried this state.)

Which brings me to Trump’s so-called “outreach” to African Americans. Some pundits have characterized Trump’s efforts to woo black voters as ham fisted at best. Others have insisted that his true goal was to make himself more palatable to suburban whites by cleverly confirming what some secretly suspect  – that African Americans are uniformly impoverished and that our streets are overrun with drugs, crime and violence.

I think both theories slightly miss the mark. When Trump blathers on about failing black schools or crime-plagued inner cities run by Democrats, his true goal, I have come to believe, is voter suppression. In other words, having come to realize that he has lost all hope of capturing even the smallest slice of the black vote, his next best strategy is to convince black voters that all hope is lost (“What the hell do you have to lose?”), that our votes are wasted when we cast them for Democrats, and that maybe – just maybe — the rational thing to do this election cycle is sit at home. And as a bonus, if he also happens to pick up a black vote here or a suburban white vote there…well, that’s just icing on the cake. In a tight race, it only takes a few.

As the nation’s racial makeup continue to shift, various efforts at voter suppression will loom even larger in American politics. We are seeing it now in states that have implemented voter ID laws, made cuts to early voting or tried to make it harder for college students to cast ballots.

Voter turnout, of course, is always key in any election. When it comes to inspiring African American voters to wait in long lines, Hillary Clinton is no Barack Obama, but on the other hand, Donald Trump is no Ronald Reagan. So every Democrat who is uninspired by Clinton may very well be matched by a Republican who is uninspired by Trump. Maybe both sides will stay home en masse.

On Nov. 9, I may find myself back in this space eating crow, but I don’t think that will happen. The numbers just don’t seem to add up to a likely Trump victory…unless we stay at home and hand it to him on a gold-plated platter.

Glenn H. Burkins is editor and publisher of Qcitymetro.com. Email editor@qcitymetro.com, or join the conversation in the comments section below.