Website: CIAA will soon announce decision on whether to keep tournament in Charlotte

A national website owned by ESPN says that CIAA member schools would lose millions in revenue if directors vote to move the tournament. 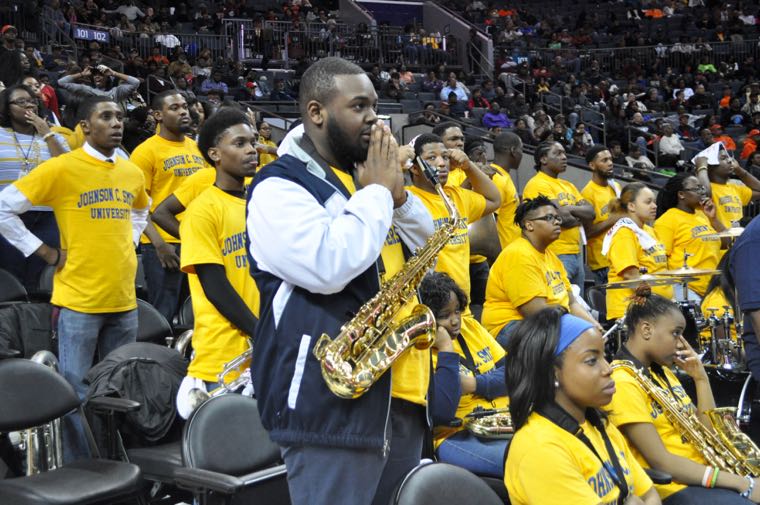 The CIAA will soon announce its decision on whether it will keep its popular basketball tournament in Charlotte or join other sports governing bodies in boycotting North Carolina in protest of House Bill 2, according to a national sports website.

UPDATE: CIAA Will Stay In Charlotte For 2017

Attributing its information to CIAA spokeswoman Bri Funte, TheUndefeated.com, which is owned by ESPN, reported Wednesday that conference officials will announce a decision “before the end of the week in Charlotte.”

But in an email response to Qcitymetro, Funte said the report of a press conference this week was “not accurate.”

“The CIAA Board of Directors and Commissioner McWilliams are in ongoing discussions. An official announcement will be provided by the conference if there are any updates,” Funte said in the email.

The website quoted Shaw University President Tashni-Ann Dubroy as saying that CIAA directors are under “immense pressure” to make the right call.

“Not only because they are highly cognizant of what the outcome of this decision will have on CIAA athletes, current students, alumni fan base and coaches,” Dubroy was quoted as saying, “but also on the external community.”

The CIAA has been largely silent as other sports organizations – the NBA, NCAA and ACC included — have announced that they would move coveted events out of North Carolina in protest of HB2, which would, among other things, limit legal protections for transgender individuals in the state.

Earlier this month, the CIAA’s board of directors and Commissioner Jacqie McWilliams released a statement saying conference officials would “continue to discuss and determine how to move forward for the collective interest of our student-athletes and stakeholders and for [the] future of our conference.”

Priority, they said, would be given to providing CIAA student-athletes with “the opportunity to compete, serve, and create impact within their communities and the CIAA footprint.”

Eight of the CIAA’s 12 member schools are in North Carolina, and the conference this year moved its headquarters to Charlotte, which has hosted the popular tournament for six years.

A vote to move the tournament could cost the CIAA and its member schools millions of dollars in lost revenue, the website reported, with estimates as high as $1 million at one school.

“In total, conference schools combined could lose $6 million and possibly more, considering possible deposits lost on venues for scholarship fundraisers for some schools,” the website said.