The Rev. William Barber, who heads the North Carolina NAACP, will lead a “Unity Rally for Justice and Transparency” today at Marshall Park. 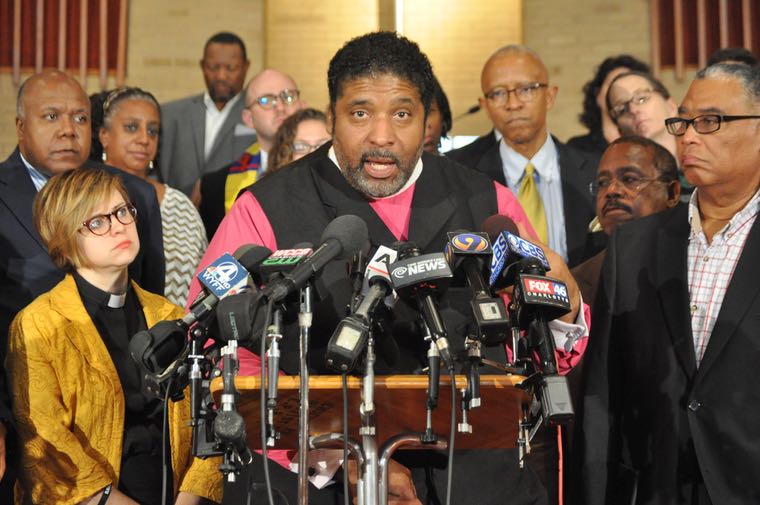 UPDATE: Because of inclement weather, this meeting has been moved to Little Rock AME Zion church at 6:30 p.m.

The Rev. William Barber, who heads the North Carolina NAACP, will lead a “Unity Rally for Justice and Transparency” today at Marshall Park in uptown Charlotte. Time: 6 p.m. Barber will be joined by members of the Charlotte Clergy Coalition for Justice.

The rally follows a week of protests over the police killing of Keith Scott, who died under disputed circumstances.

The NAACP released a statement calling for a federal investigation into the shooting.

Barber has attracted national attention as leader of the “Moral Monday” movement, which was formed in North Carolina to combat conservatives laws passed by the state legislature. The movement has since spread to other states. Barber also was noted for the speech he delivered at the 2016 Democratic National Convention calling for social justice.