After nine years leading the local Urban League, Patrick Graham will step down Oct. 31 to head Charlotte Works, the workforce development board for Charlotte and Mecklenburg County. 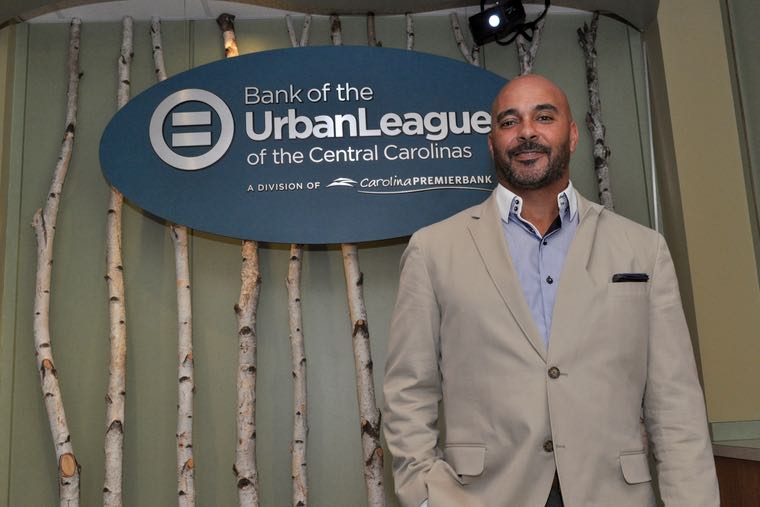 For the past nine years, Patrick Graham has been the face and architect behind the Urban League of Central Carolinas, where he serves as president and CEO. On Monday, Graham announced that he is leaving the agency to head Charlotte Works, the workforce development board for Charlotte and Mecklenburg County.

With a budget of $7.5 million and more than 40 employees, this new role, in some ways, is an expansion of his current position – working to ensure that local residents are properly trained to meet the needs of local employers. But unlike his current job, Charlotte Works has a much larger footprint in the county’s overall workforce strategy.

Funded through the city’s Economic Development Division, Charlotte Works in 2014 served nearly 825 businesses and hosted more than 91,000 job-seeker visits, according to its web site.

Graham joined the local Urban League as president and CEO in 2007 and will leave on Oct. 31. He begins his new role at Charlotte Works on Nov. 1.

In this interview with Qcitymetro, Graham talks about his decision to leave the Urban League, what he feels he has accomplished there, and what he hopes to achieve in his new position.

Q. So, for nine years, you’ve been closely linked to the local Urban League. What prompted this move?

Charlotte Works had a national search. As part of that national search, they were also asking some individuals in the community (for recommendations), and I guess some of those folks directed them to me. So the search committee called me and asked if I would be interested in at least interviewing.

Q. So what attracted you to the position?

When I look at Charlotte Works, I look at an opportunity to address workforce initiatives and economic mobility on a larger scale, particularly around how we get more people employed and more entrepreneurs to thrive in our community. I also look at it as a way to influence the workforce sector at a greater level.

Q. You’ve been with the Urban League for nine years.

It will be nine years as of Monday. Monday is our Dr. Charles L. Sifford Golf Tournament. My first day on the job nine years ago was at the golf tournament.

Q. What are you most proud of in those nine years?

I’m most proud that, over the last five years, the customers that we serve earned over $105 million in salaries. And that is more in five years than the agency produced in its (previous) 20 years. I’m also proud that we have led this community to think more about individuals being viewed more as “at-opportunity” as opposed to “at-risk.” We were really the first agency in this community to seize that notion of opportunity, and it has become somewhat contagious or infectious throughout the workforce sector, but also throughout the social sector. And I’m proud that we have led that.

Because I have always advocated for this notion of people being viewed as valuable human capital, about two weeks ago there was a young man who saw me in a store. And he said to me, “Aren’t you that opportunity guy from the Urban League?” When he said that, it really left chills for me because he didn’t remember my name, but he remembered what I stood for, and I think that was confirmation to me that I had been used in the right way.

Q. What will you be leaving undone?

One of the things that I’ve already started, and I’m working with the board and outside committees, is to get a new facility for the Urban League, because the type of training that we do today is quite different from when I first came on board. That may happen while I’m still here, and it may not, but it is something that I would like for the League to see through.

Q. Talk more about those changes in workforce training.

Last year we broke a record for salaries produced in a year, which was $32.2 million. When I first came aboard in 2007, the average salary was just over $9 an hour for people leaving our program. Today that salary, on average, is at $13.55 an hour.

I think the other thing that I’m probably most pleased by is that the amount of women we have put into technical and infrastructure fields has greatly increased. For example, we launched this year our highway construction academy with the Department of Transportation, and we had the fastest placement rate of any site in its history — 83 percent of participants were placed within two weeks of completion of the program, and 47 percent of those placements were women.

Q. Was it a difficult decision to leave the Urban League?

It was a very difficult decision. I probably have given 110 percent of my intellectual and emotional intelligence to this agency. It is something that has been so much a part of me over these last nine years that it’s often hard to separate myself from the agency itself.

Q. You’re known as someone who speaks out for social as well as economic justice. Is that a role you can continue in this new job?

That’s probably the most interesting questions and one that sort of is a topic for discussion, even as I interviewed for the role. There is no doubt that I will still advocate for economic justice, and social justice where it interferes with individual’s ability to make a living. So I think you will definitely see some of my current self in that role, but maybe with a more targeted focus on entrepreneurial and workforce development for all communities, but with some attention, and specific attention, to struggling communities. I think at this point it would be impossible to separate Patrick as an advocate from his role in Charlotte Works, and I think that may have been one of the reasons I came recommended.

Q. Is it too early to talk about your goals for Charlotte Works?

There are some goals we can talk about. One is that I really want to use Charlotte Works’ not-for-profit status to also drive more private resources to the organization so that we can be even more innovative in our approaches to workforce development for high-end customers as well as customers that are struggling with economic mobility. The other thing that I want to ensure is that Charlotte Works becomes the primary organization that sets the vision for workforce development in the county, so that we are identified as the leaders in both the public space as well as for private industry.

Q. So what happens at the Urban League after your departure?

We have such a solid leadership team. They are going to put on a search for a new CEO, but the actual services will continue to be delivered in the stellar way they always have been. I’m actually very comfortable with where the agency is right now.