NCAA pulls championship events from North Carolina because of HB2

The NCAA will move seven championship sporting events from North Carolina in protest of HB2, a state law that some deem discriminatory to transgender individuals. 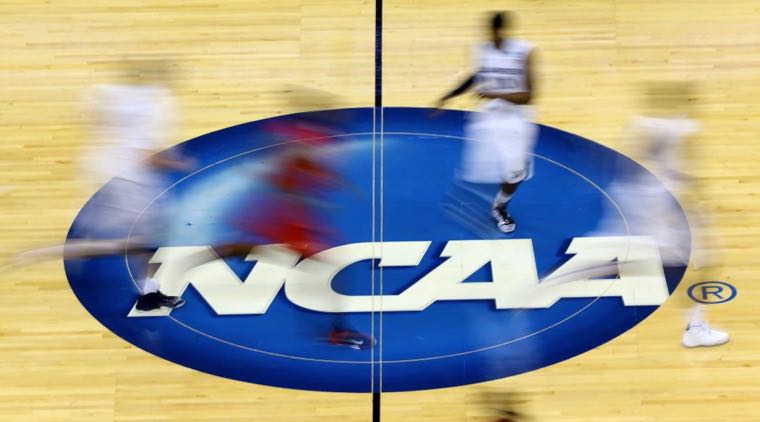 North Carolina’s roiling debate over House Bill 2 is about to get hotter.

On Monday, the National Collegiate Athletic Association (NCAA) said it will remove seven championship sporting events from the state this academic year in protest of the state law that some deem discriminatory to transgender individuals.

Among the events being taken away: the first two rounds of the “March Madness” men’s basketball playoffs, which were scheduled to be played in Greensboro.

The governing board said it was also stripping North Carolina of soccer, golf, tennis, lacrosse and baseball events, and would determine new locations for those competitions in the near future.

The decision, the board said, was in line with NCAA policy that bans championships in states that display the Confederate flag or authorize sports wagering and at schools that use “hostile or abusive” Native American imagery.

House Bill 2, more commonly known HB2, has been a center of controversy since it was passed last March with overwhelming support from Republican lawmakers in Raleigh. The law requires that individuals in public buildings use bathrooms that match the gender on their birth certificates. The law was passed and signed by Gov. Pat McCrory after Charlotte City Council approved a local ordinance that would have allowed individuals to use bathrooms that match their gender identity.

Many of the state’s major employers have opposed the new law, which has already cost the state (and Charlotte, in particular) its chance to host the 2017 NBA All-Star Game. Entertainers including Bruce Springsteen have also cancelled appearances in the state, and Pay Pal, the online payment-processing company, cancelled plans to locate a global operations center, with more than 400 jobs, in Charlotte.

Monday’s announcement by the NCAA quickly escalated the rhetoric in what was already a hotly contested governors race, in which Democratic challenger Roy Cooper has blamed McCrory for signing the law, which has cost the state millions in revenue.

Cooper’s campaign on Monday use the latest news as another occasion to pounce.

“It seems that almost every day, we learn of a new consequence of HB2,” Ford Porter, Cooper’s campaign spokesman, said in a statement. “Hosting NCAA championship events has long been a point of pride for North Carolina.”

The McCrory administration and his re-election campaign didn’t immediately issue statements or respond to emails and text messages seeking comment. The North Carolina Republican Party, however, issued a statement admonishing the NCAA, describing its decision as “so absurd it’s almost comical.”

“If you are unwilling to have women’s bathrooms and locker rooms, how do you have a women’s team?” read part of the statement. “I wish the NCAA was this concerned about the women who were raped at Baylor.”

In addition to the NCAA men’s basketball tournament, North Carolina is also losing:

▪ The 2016 Division I Women’s Soccer Championship, which had been scheduled for Dec. 2 and 4 in Cary.

▪ The 2016 Division III Men’s and Women’s Soccer Championships, which had been scheduled for Dec. 2 and 3 in Greensboro.

▪ A 2017 Division I Women’s Golf Championships regional, which had been scheduled for May 8-10 in Greenville.

▪ The 2017 Division III Men’s and Women’s Tennis Championships, which had been scheduled for May 22-27 in Cary.

▪ The 2017 Division I Women’s Lacrosse Championship, which had been scheduled for May 26 and 28 in Cary.

▪ The 2017 Division II Baseball Championship, which had been scheduled for May 27-June 3 in Cary.

In the town of Cary, which will lose four NCAA events, Mayor Harold Weinbrecht issued his statement blasting HB2 and lamenting his town’s loss.

“I am extremely disappointed with this news,” he said. “We are no longer viewed as a progressive state but a backwards one which is a disservice to the citizens of North Carolina. We will lose millions of dollars in economic benefit locally.

“We are currently viewed as a discriminatory state by the many businesses who have decided not to consider us in their future plans,” he said. “Now the NCAA has been added to that list.”

The Charlotte Observer and Reuters contributed to this report.