Since President Barack Obama came into office in 2009, he has shifted the alignment of several federal appeals courts to the left, resulting in nine of the 13 now having a majority of Democratic appointees. 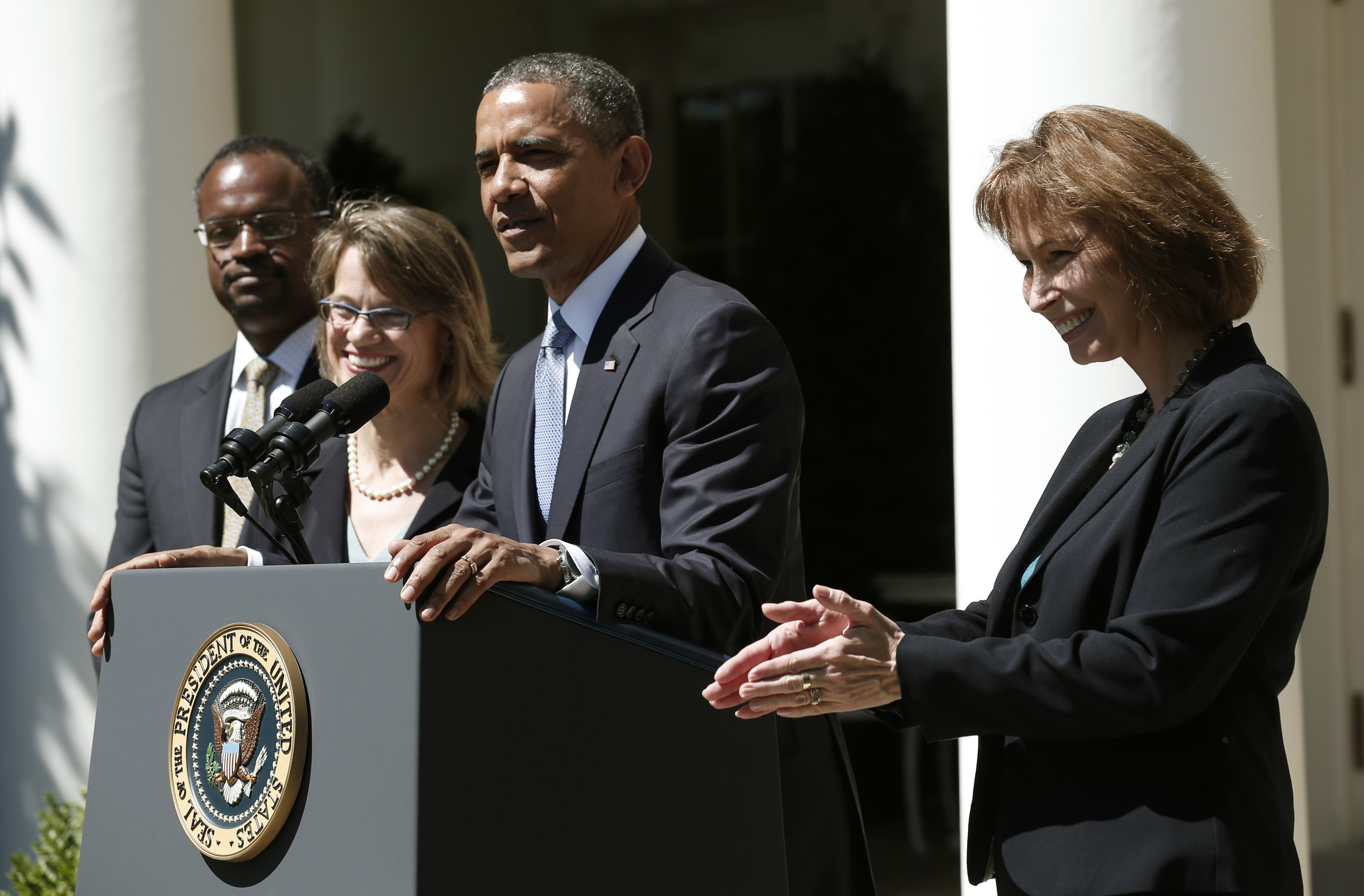 WASHINGTON (Reuters) – When President Barack Obama entered the White House in 2009, the federal appeals court based in Virginia was known as one of the most conservative benches in the country.

Two Obama terms later, Democratic appointees hold a 10-5 majority on the 4th U.S. Circuit Court of Appeals, a panel of which issued a groundbreaking ruling this April backing transgender rights.

The shift to the left on the court, which hears cases from Virginia, Maryland, West Virginia, South Carolina and North Carolina, highlights a widely overlooked aspect of Obama’s legacy.

His appointments of dozens of judges to the country’s influential federal appeals courts have tilted the judiciary in a liberal direction that will influence rulings for years to come and be further entrenched if Democrat Hillary Clinton wins this November’s presidential election. (Map showing judicial shift under Obama presidency)

A Reuters review of rulings by the courts over the last two years shows Obama’s appointees to the appeals courts have influenced major legal battles likely to ultimately reach the Supreme Court.

When seeking to appoint judges, the White House has said it is looking for highly credentialed lawyers reflecting the diversity of U.S. society. Conservative critics say he has picked judges who are willing to circumvent the law in order to reach preferred outcomes.

“There’s no question President Obama’s nominees have absolutely been part of his effort to transform the country and move it dramatically to the left,” said Carrie Severino, a conservative legal activist.

White House spokesman Eric Schultz said in a statement that Obama’s appointees “all share impeccable qualifications, unquestioned integrity, and a steadfast commitment to equal justice under the law.”

The appeals courts are the first stop for any case appealed from the lower U.S. district courts and often have the last word. The next and final destination is the Supreme Court, but it hears fewer than 100 cases a year. The appeals courts handle 35,000 a year according to the Administrative Office of the U.S. Courts.

Of the 13 appeals courts, nine now have a majority of Democratic appointees, compared with one when Obama took office, according to research carried out by Russell Wheeler, a scholar at the Brookings Institution, a Washington think tank.

The regional appeals courts are currently more powerful than ever because of the vacancy on the Supreme Court caused by the death of Justice Antonin Scalia, which has left the court divided equally between liberals and conservatives. If the ideologically divided court splits 4-4, the appeals court ruling is left intact. Such an outcome occurred four times in the Supreme Court term that recently ended.

Scalia’s seat is unlikely to be filled until next year due to political opposition from Republicans in the Senate, which has the job of confirming nominees.

One of the most dramatic transformations has been on the 4th Circuit.

It is one of several recent court rulings pushing back on Republican-led efforts to impose new voting regulations, which Democrats say is intended to deter minorities from voting.

Caroline Fredrickson, president of liberal legal group the American Constitution Society, said Republican-appointed judges are generally less likely to rule in favor of broad interpretations of civil rights. The transgender case would “very likely” have come out differently with a more conservative panel of judges, she said.

The federal appeals court in Washington, D.C. is another where the balance of power has been flipped. Often known in legal circles as the second highest court in the land because it hears important cases concerning the federal government, the U.S. Court of Appeals for the District of Columbia Circuit was dominated by conservatives 6-3 when Obama took office.

Obama was able to force through four appointments after a major showdown in the Senate. The court now has a 7-4 split in favor of Democratic appointees.

Obama’s appointees do sometimes vote in favor of conservative outcomes. Paul Watford, a judge on the San Francisco-based 9th U.S. Circuit Court of Appeals, has on several occasions reached a different conclusion to his more liberal colleagues. In one recent decision from Aug. 15, he dissented along with conservative judges when the court ruled that a death row inmate should be able to file a new appeal.

When announcing three of his nominees to the appeals court in Washington at a White House press conference in June 2013, Obama rejected any notion that they were political pawns, emphasizing their strong credentials.