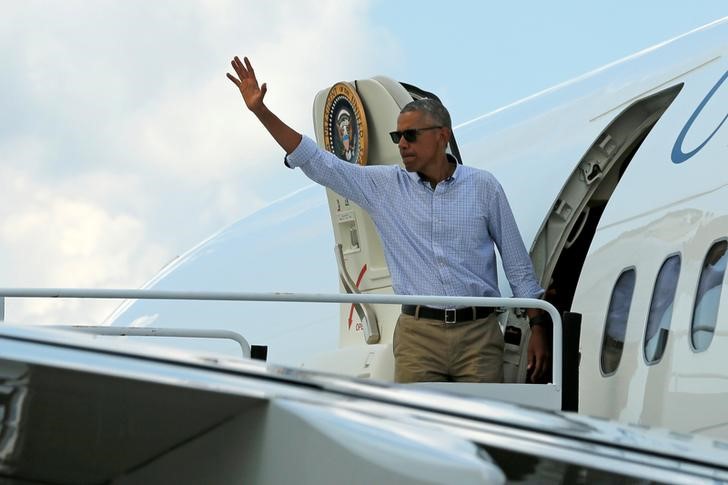 Editor’s Note: The article is the first in a series examining the impact of the nation’s first black president.

WASHINGTON (Reuters) – When Barack Obama became the first African-American to win the White House in 2008, his victory was a turning point in U.S. race relations that set high expectations for progress to come.

To some, the tone of the Republican presidential nominee’s campaign, as well as a recent series of racially charged shootings involving police, show that the United States has come no closer to overcoming its history of racial strife.

Having a black president, two attorneys general and a chief of homeland security did not result in basic fairness for victims of racially charged violence, said Cornel West, an academic and former Obama supporter who has become a high-profile critic of the Democratic president.

“How many policemen who have murdered unarmed innocent black civilians have gone to jail with that kind of black power at the top? Zero,” West said.

Obama could have acted more directly while in office to help blacks, West added, citing persistently high childhood poverty among African-Americans. “The (economic) recovery has not filtered over into black and working poor communities,” he said.

Others said Obama showed leadership on race while making real achievements on healthcare and the economy that helped Americans of all ethnicities.

Al Sharpton, a civil rights leader with close ties to the White House, described Obama as a “transformative” president held back by the need to serve varying constituencies and compromise with lawmakers who had different priorities.

“He tried to be as balanced and respectful as he could, to the chagrin of many in the black community, who felt that he was leaning over backwards,” Sharpton said.

Unemployment among African-Americans fell by half under Obama, Sharpton noted, while Obama’s remarks on race elevated the issue. In 2012 at the White House, Obama referred to Trayvon Martin, a black youth gunned down by a white Hispanic man, as a boy who would have resembled the son he did not have.

“We’ve never had a president do that,” Sharpton said.

“It was easier for (Jimmy) Carter or Lyndon Johnson, even Bill Clinton as southern whites to do things specifically for black people,” Young said.

“We really haven’t had a complete psychological adjustment to a multi-racial society,” he said. “That’s what’s rallying people behind Trump. They’re frustrated by the complexities of this day and age. And (Trump), like others, gives a simple answer and blames it on somebody else.”

Clinton, the Democratic presidential nominee, blasted Trump on Thursday as a divisive candidate who was stoking racist groups. Trump criticized Clinton, saying she had let black Americans down and was falsely labeling Republicans as bigoted.

Clinton supporters were more likely to want to address race relations than Trump supporters, a Reuters/Ipsos opinion poll of more than 2,800 people found in late March.

Obama has said race relations are not as bad as some suggest. Friends say he never expected his presidency to wipe away centuries of racism and slavery’s legacy.

“To expect to erase all of that legacy of injustice or racism and discrimination in eight years is unrealistic,” said Valerie Jarrett, a White House adviser and close Obama friend.

“Were there people who probably had a false sense of progress based just on an election? Sure,” she said.

The administration wants to advance criminal justice reform legislation before Obama leaves office, aiming for a win on an issue watched closely in the black community. But prospects of passage in Congress during an election year are uncertain.

Obama, who has made clear his disdain for Trump and his frustration with Congress, has said he hoped his own voice on race would help improve things for future generations. “We plant seeds, and somebody else maybe sits under the shade of the tree that we planted,” Obama said at a news conference in July.