Trump's stop in Charlotte Thursday evening was a shameless display of political desperation and a hopeless attempt to dupe black voters. 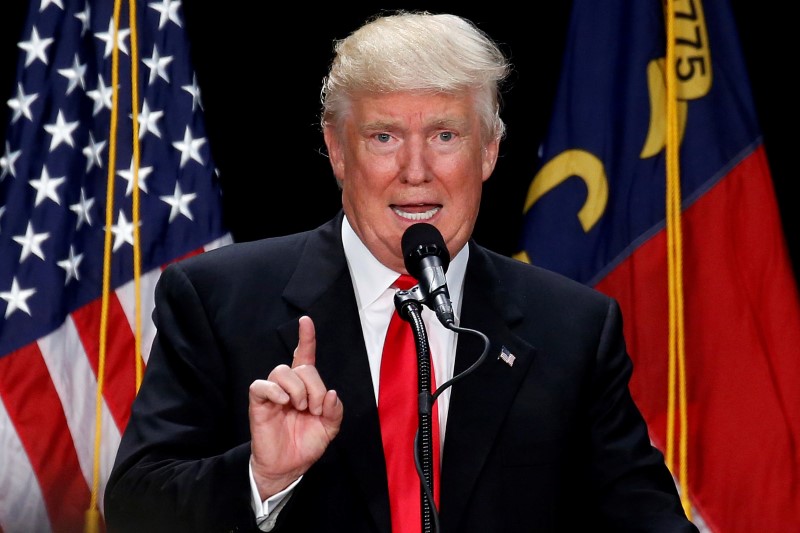 Speaking to a largely white audience in Charlotte on Thursday, Donald Trump continued his latest attempt to change the trajectory of his campaign by delivering a decidedly scripted speech that included a half-apology and numerous appeals to African Americans to abandon Hillary Clinton and give him our votes.

Trump and his surrogates, finally realizing that they’ll need at least a share of the black vote come November, all of a sudden claim to know more about being black and what black folks need than we know ourselves.

“We are going to work closely with African-American parents and students in the inner cities – and what a big difference that will make,” he said. “…If African-American voters give Donald Trump a chance by giving me their vote, the result for them will be amazing.”

What I saw Thursday was no pivot. What I witnessed was absolute and unmitigated gall – a politician with the mentality of a 5-year-old who thinks that he can repeatedly and stubbornly offend others and that all is solved when he chokes out an insincere, I regret if I offended you.

It is astounding that, after all these months of disregard and disrespect for blacks, women, Muslims, immigrants, war heroes and their families, Trump, amid a white sea of snarling constituents, believes that he can now simply pivot and speak to and about African American issues. And he is juvenile enough to think that we won’t peep his game!

I believe it was one-time Republican darling Sarah Palin who talked about “putting lipstick on a pig.”

For Trump, I prefer a more apt descriptor.

Trump thinks he can be a skunk all this time — look like a skunk, act like a skunk, talk like a skunk and smell like a skunk — then one day decide to simply pivot, put on a lamb skin and bleat out a generic, laughingly delivered semi-apology, add a slack-jawed promise to address issues of black unemployment and poverty and think African American voters won’t see that he’s still a skunk!

Well, good luck with that.

We see you, Mr. Trump. And come November, it will be our pleasure to show you with our votes that we know who and what you are. Believe me.

D. Barbara McWhite is a Qcitymetro contributor. A South Carolina native, she lives in Florida with her husband and cat Rover.