Commentary: I am calling on African American athletes, and all athletes of goodwill, to stand against the killing of innocent Americans by law enforcement. 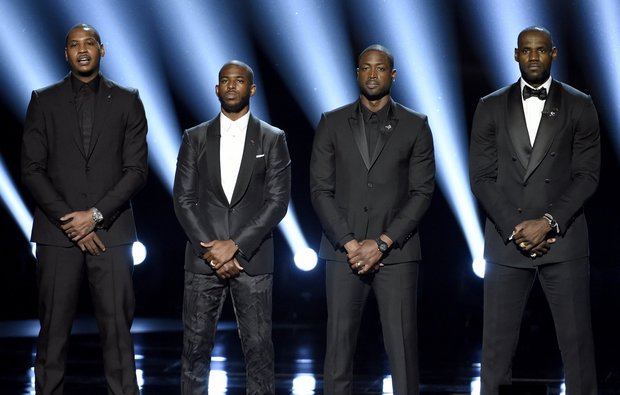 At first I was going to saturate this letter with a bunch of statistics about police brutality towards African Americans, but there is no need for that. We all see it. We see what is going on. We see the injustice in this country, and we see cops getting away with it.

We will continue to see this unless we demand change.

All of the marching, protesting, and press conferences have gotten us no results. We need to show this country and this government that we DEMAND change and will not accept anything less.

I am calling on all African American athletes, and athletes of any ethnicity who do not believe in this injustice, to stand up against it. I don’t mean standing against it by posting a picture on your social network or by wearing a t-shirt, but to really stand against it. Make a pledge to stop what you’re doing and not participate in any athletic events until something is done.

If we do this from the college level to the professional ranks, we can make a change and make a change quickly. The biggest sporting event in the world is quickly approaching, where the greatest athletes from all over the globe will get together to compete. Imagine the impact if athletes began to step down and not participate for the United States in the 2016 Olympics…until justice is served and changes are made to protect all citizens of America from unlawful deaths at the hands of law enforcement.

All it takes is one person to have the courage and the willingness to use his or her platform to make a change. This needn’t stop or begin with the Olympics; Major League Baseball players can step up and stop playing right now. Then it can trickle down to the NFL and NBA, along with college athletes. We have a lot of power and influence on millions of people, and we have to show this country the power that we possess as citizens.

This letter is not only about athletes; celebrities should also join the stoppage — cancel tours, do not attend major award shows, etc, until something is done. Laws need to change, and the process by which police candidates are selected and trained also must change. Many of the officers out on the streets today, trusted to protect and serve, are not cut out to be police officers. The police academies are proving themselves inadequate when it comes to psychologically preparing recruits to make the right decisions once they are in uniform, and that is costing the lives of innocent people.

Also, police officers are not being held accountable for their actions. Law enforcement is killing innocent people and getting away with it, which is disgusting and should be a source of embarrassment to this nation. There should be a high standard that comes with a badge and a gun. And while many officers live up to that standard, many others do not.

I don’t know if this letter will be read by any athlete who has the courage to stand up, but I hope so. And I hope that person will also get others with big platforms to step up to make a change. Together we can make this country a better place.