First appearance of Obama with Clinton on campaign trail. Prepare for traffic tie-ups and closed roads. 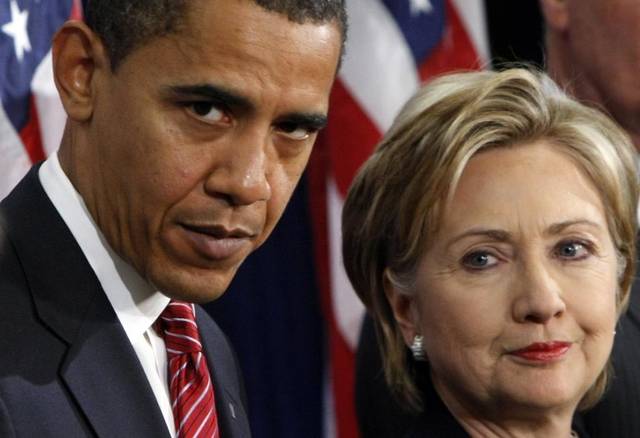 They’ll hold a rally at the Charlotte Convention Center – three short blocks from where, four years ago, Obama accepted his own renomination before a packed house at Time Warner Cable Arena.
The visit is Clinton’s second in two weeks to what’s expected once again to be a battleground state. It’s her first visit to Charlotte since a March 14 rally at Grady Cole Center, a day before she won the state’s primary. Donald Trump, the presumptive Republican nominee, will be in Raleigh.

Obama and Clinton will arrive in Charlotte together at 2:25 p.m. on Air Force One and travel to the Convention Center for the 3 p.m. event. Doors open at 1.

Here are some things to keep in mind about Tuesday’s visit.

1. Expect heavy traffic. If you’re going to the rally or just going to work, be prepared for afternoon traffic tie-ups.

Police say to expect intermittent road closures between Charlotte Douglas International Airport and uptown. Though the exact route hasn’t been disclosed for security reasons, previous presidential visits have caused congestion, even on Interstate 77.

“We don’t anticipate huge gridlock based on the time frame, but we do expect some delays,” said Deputy Chief Jeff Estes of the Charlotte-Mecklenburg Police Department.

Trains will run north to the Carson Street Station, where passengers can board a bus to the transit center. For questions, call CATS customer service at 704-336-RIDE (7433).

2. Critical time for Clinton. Clinton will arrive in Charlotte amid renewed and potentially damaging focus on the federal investigation of her use of a private email server as secretary of state.

On Saturday, the FBI interviewed her in Washington for more than three hours. And even Democrats are still shaking their heads at the news that former President Bill Clinton met with Attorney General Loretta Lynch on an airport tarmac in Arizona last week. Lynch has insisted Bill Clinton was making a social call and that they talked only about family. But she also acknowledged that the meeting had the appearance, to many, of a conflict of interest.

The Obama-Clinton visit comes eight years after an intense presidential primary fight between the two. Aides to Obama and Clinton told The Associated Press that the foe-to-friend narrative will be a key part of Tuesday’s events, with Obama acting as a character witness for his former secretary of state.

3. Fewer no-shows. Two high-profile Democratic candidates have said this time they’ll appear with the president and his former secretary of state.

U.S. Senate candidate Deborah Ross and gubernatorial candidate Roy Cooper both plan to be at the Convention Center. Both were no-shows last month when Clinton spoke at the State Fairgrounds in Raleigh.

One politician who won’t be there: Charlotte Mayor Jennifer Roberts. The mayor, who ushered Clinton onstage in March, is on a family vacation.

4. Why North Carolina? Because it’s an increasingly important presidential battlefield.

In 2008, Obama became the first Democrat in 32 years to carry the state, and he won by a slim 14,000 votes. Four years later, Republican Mitt Romney won the state by 2 percentage points. But it was the only Southern swing state that he won.

Polls compiled by Real Clear Politics show the 2016 race a virtual tie. Larry Sabato of the University of Virginia’s Center for Politics rates it as leaning Democrat.

5. Trump’s in North Carolina, too. A few hours after the Clinton-Obama event ends in Charlotte, Trump is scheduled to address a rally at the Duke Energy Center for the Performing Arts in Raleigh. Will he or Clinton get the bigger crowd? Reporters and others will be counting.

Even with the president by her side, Clinton will have to share the day’s North Carolina media coverage with Trump, who will get the last word at his 7 p.m. event.

North Carolina was in the GOP column in 2012, and Trump needs to keep it there in 2016 if he hopes to become president. No Republican has won the White House without carrying North Carolina since Dwight Eisenhower in 1956. Clinton, who is leading in the polls in most battleground states, doesn’t have to win North Carolina to get the necessary 270 electoral votes. She only has to get Trump to spend precious time and money here so he can’t spend it in states such as Ohio, Florida and Pennsylvania – probably must-win states for Clinton.

6. Who’s paying? The Clinton campaign is paying to rent the Convention Center.

A spokesman for the Charlotte Regional Visitors Authority said the contract is being finalized, but the Clinton campaign is “definitely paying” and being treated like any other rental client.

Her campaign will also pick up the tab for the costs of bringing the president to town.

7. Also on stage … Warming up the crowd for Clinton and Obama on Tuesday will be four Tar Heel Democrats – three of them candidates this year.

Cooper and Ross will each get some time at the microphone in the Convention Center ballroom.

N.C. Democratic Party Chairwoman Patsy Keever will also speak, as will U.S. Rep. Alma Adams – she of the extensive hat collection. The congresswoman will be returning to her new home, Charlotte, and may or may not try to get a photo op with Clinton wearing one of her hats.

Obama will depart Charlotte by 5:05 p.m., according to the White House press office.

According to The Associated Press, the last time Obama and Clinton traveled together was 2012 when they visited newly democratic Myanmar, a pet issue of Clinton’s. While Obama and Clinton are only expected to be in Charlotte for a few hours, their schedules leave room for a possible unannounced stop around town that could showcase their personal rapport.