Muhammad Ali helped black men look at America differently. He helped us to see our place here and in the world differently. 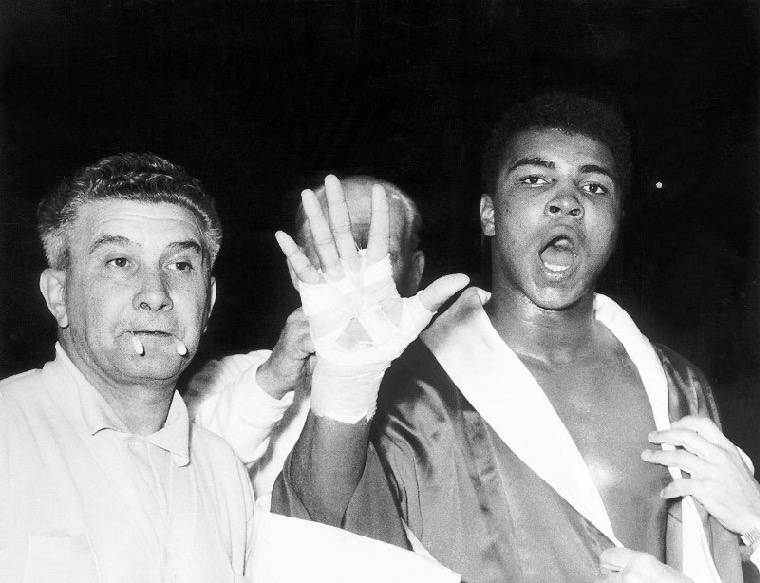 Muhammad Ali predicts that he will win in the fifth round before his fight with Henry Cooper at Wembley Stadium in London, June 1963. Action Images / MSI

“The power structure had successfully created the image of the American Negro as someone with no confidence, no militancy, and they had done this by giving him images of heroes that weren’t truly militant or confident. And now here comes Cassius, the exact contrast of everything that was representative of the Negro image. He said he was the greatest; all of the odds were against him; he upset the odds-makers; he won, he became victorious, he became the champ. They knew if people began to identify with Cassius, and the type of image he was creating, they were going to have trouble out of these Negroes, because they would have Negroes walking around the streets saying, `I’m the greatest.'” — Malcolm X, 1964.

Muhammad Ali resides in some of my earliest memories. I can recall my fascination, as a 5-year-old, with Ali’s antics leading up to his first fight with Sonny Liston, in 1964. He was Cassius Clay then, 22 years old and an Olympic gold medalist.

The “Louisville Lip,” as he was known by some in the press, was drawing a lot of attention because of his poetry, taunts, boasting and various wildly staged rants at press conferences and even at Liston’s training camp. Though undefeated, Clay was anywhere from a 7-1 to 10-1 betting underdog against the seemingly invincible Liston, who had rapidly knocked out former champion Floyd Patterson twice, to win the title and in a title defense.

While Clay was at first the object of amusement from the press and the public, sentiment seemed to turn against him. Most thought it was high time for the braggart to have his big mouth shut. The clean-cut gold-medalist was now cast as something of a villain, while the brooding Liston was in the unfamiliar position of having a lot of the boxing establishment, sports press and general public on his side.

Liston had to be amused by this change in public perception. An ex-convict and former leg-breaker for the mob, Liston had spent much of his time as a heavyweight contender trying to convince the boxing establishment that he deserved a title shot and would honor the championship after he won it.

So the voices I heard on TV and radio all seemed to say that Clay would be beaten senseless and made to eat all those taunts and insults he hurled at Liston. But I have a clear recollection of one voice that didn’t buy the conventional wisdom, one voice that didn’t accept the portrayal of Clay as a joke or a villain. That was my father’s voice.

So the morning after the fight, with the entire sports world in shock, my father reacted with the smile of a man who had some knowledge or faith that was beyond the capability of others.

Thus began a part of my relationship with my father that would be with us always. We both loved Ali. We watched so many of the fights together. When he won, we won. On those rare occasions when he lost, we were devastated. During those three-and-a-half years Ali wasn’t allowed to box, my father and I, along with so many others, felt we also were in a kind of exile.

But taking the stand he did against participating in the Vietnam War allowed so many of us around the world to understand the kind of true champion he was. Many people I knew didn’t understand why he would be willing to give up so much for his beliefs. But then for myself and many others, the idea of a black man willing to face so much public scorn and willing to sacrifice fame and fortune for his principles was truly revolutionary. Among those who shared that belief were men such as my father, who retired from the Army as a master sergeant after two tours in Vietnam.

Ali helped black men look at America differently. He helped us to see our place here and in the world differently. He was a drastic departure from the black athletic heroes of the past — men such as Jesse Owens and Joe Louis. Those men believed, certainly with much justification, that they had to appear humble in public and find ways to credit white people for their successes.

A black man publicly declaring “I am the greatest” sent a shock wave through the culture, and his impact is what we celebrate.

Mark Allan Williams is a writer living in Baltimore. His essays examine issues of culture, politics and race.