Arsenio Hall: ‘I’m a MUCH better stand-up than anybody realizes’ 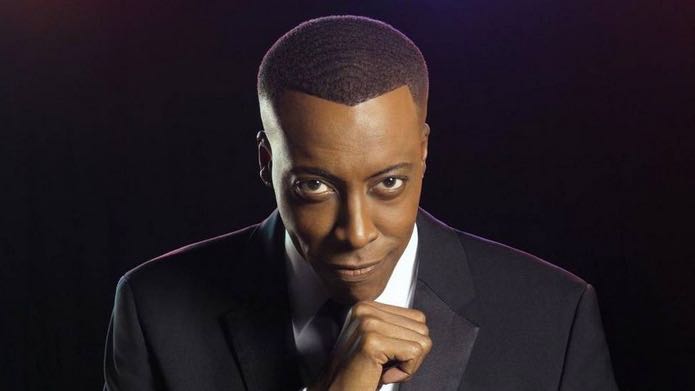 Arsenio Hall is giving a phone interview and he’s on a roll about Donald Trump.

“I think it (the presidency) would be distracting to him, and to his life. Also, I’m not sure if he wants to do that job, or he wants the power of it. It’s a different j–”

The line clicks dead, but Hall – the 2012 winner of the billionaire’s “The Celebrity Apprentice” series – stays on that roll about his old “boss.”

We know this because Hall doesn’t call back for several minutes, and when he finally does, he’s laughing: “The problem with being a stand-up is you have the ability to keep talking without hearing anyone else’s voice.”

Hall, best-known as host of “The Arsenio Hall Show” (which ran from 1989-1994 and again from 2013-2014), has recently returned to his stand-up roots. He’ll do two shows each on Friday and Saturday night at The Comedy Zone in Charlotte, a city he’s visiting for the first time.

Here are the parts of our conversation with the 60-year-old comedian that didn’t get cut off.

Q. So, is there anything in particular you’re interested in checking out while you’re here, since you’ll have some time on Saturday?

A. I want to see my goddaughter (who lives in the area). … And when I’m in a town, I always ask: “What should I eat here before I leave, y’all?” Like, if you go to Biloxi, they might say, “You gotta try the crawfish.” But so what’s good in Charlotte? Is it great ribs?

Q. Hmm. I say Price’s Chicken Coop. Actually, when your friend Jay Leno was here, he must have gotten the same recommendation, because someone sent me a photo of him eating a chicken wing on the embankment across the street from Price’s.

A. First of all, Jay loves chicken. I mean, Jay loves so much chicken, I have often teased him that that’s why he’s invited to the BET Awards. As a matter of fact, Jay orders this big plate of wings when he comes to this club in L.A. called the Comedy and Magic Club. He eats ’em before he goes on. … I can’t eat before I work; I have to eat after. … So one day, me and (African American comedian) George Wallace popped down to say hello to Jay. George is sitting in this room, Jay goes to the bathroom, and the lady walks in and puts a plate of wings in front of George Wallace. And I was like, “No, the wings aren’t for him. They’re for the other black guy: Leno.”

A. Uh, Jay ate every one of ’em, and then ate some melon. I think he was just taunting us.

Q. Speaking of late-night hosts, which current one impresses you the most?

A. Oh, wow … you know what? I think James (Corden) is doing a good job. He’s fresh and vivacious, there’s a fun about him that’s contagious, and there’s a boyish charm that really works.

Q. Alright, enough about other comedians. Give me a little bit of a preview as to what people can expect from your show.

A. Well, when I walk on stage, I never know what I’m gonna talk about. I treat clubs like Gold’s Gym, like a lab – I go in and I work on stuff all the time. I really, really love to try to feel the audience out and decide what’s the right show. For instance, I’ll do some stuff about political correctness, and you can tell whether it’s a politically correct audience and how wild you’re gonna be able to get. And often, there are things that are funnier in one place than they are in others. There’s a whole different approach I take to talking about Trump when I’m in New York. When I’m in Chicago, my Barack Obama stuff is different. You can’t do the same s— you do in Oakland when you get to Canada; you’ve got to decide what’s the right show for Toronto.

Q. You opened the door by mentioning Trump, so I’m going to run right through it.

A. Yes, I’ve been close enough to actually stare at his hair, and I’ve hugged him and felt the crunchiness of the spray. I’m the first black “Celebrity Apprentice” winner. I’m the Jackie Robinson of “Celebrity Apprentice.” It’s funny, because Trump’s one of those guys, he has a lot of closet fans, people who will say at work, “I would never vote for him” – (but) you know they would, because we’re America, and we sometimes do dumb s— on a whim.

Q. What was your relationship like with him when you were doing the show, and – putting aside whatever feelings you may have about him now – what did you think about him as a leader at the time?

A. Donald Trump was hella cool to hang with. I’ve been to Donald’s house. I’ve hung with him and his wife. He has incredible kids. I got along with him, and I think one of the reasons that I won the show was because my approach was to know everything I could know about Donald Trump and almost be a Trump clone in the boardroom, from day to day, because Donald’s the kind of person that relates to people that are as much like him as possible. And back then, we were a lot more alike because we both liked Hillary (Clinton) then.

Q. And so how do you feel about him now?

A. He’s changed a lot. It’s funny to hear Donald insult immigrants, because the Donald Trump I knew? Other than Marla Maples, he only slept with immigrants. I mean, most of the women, when he meets them, they’re not from here.

Q. Would you vote for him?

A. I like Donald Trump. I also like (comedian) Dane Cook, but I would never vote for him as president. I just don’t think Trump is prepared for that job. This whole thing about not being a politician – you know, not being establishment, like Bernie (Sanders), is cool. But not being a politician? By being a politician, you learn a lot about the process, you learn a lot about the nation. I don’t know about a guy coming and just taking off his hard hat and walking straight to Pennsylvania Avenue. Gosh, I would vote for Julie Chen if I wanted a reality host as president, because I think she’s really pretty. But the bottom line is: I dig Trump, but not to run this country.

Q. OK, last question, different topic: What else do you still want to accomplish in the entertainment realm?

A. You know what? I would love to just establish, in this era of my life, that I’m probably a much better stand-up than anybody realizes. I got away from it for awhile with TV and different stuff. That’s a personal thing for me, ’cause that’s how I got here. That’s how I first got noticed, and got in the game. So I want work on my standup for awhile, because that is something that’s special to me. It was like a pretty girl that I had missed, and I saw her, and I’m like, Oooo, oooo, I forgot how she used to turn me on. It was like running into someone that I really missed, and realizing that my life is better with that girl.