At "Edward Tulane," you'll find storytelling at its best, with a heartfelt lesson that even adults will appreciate. 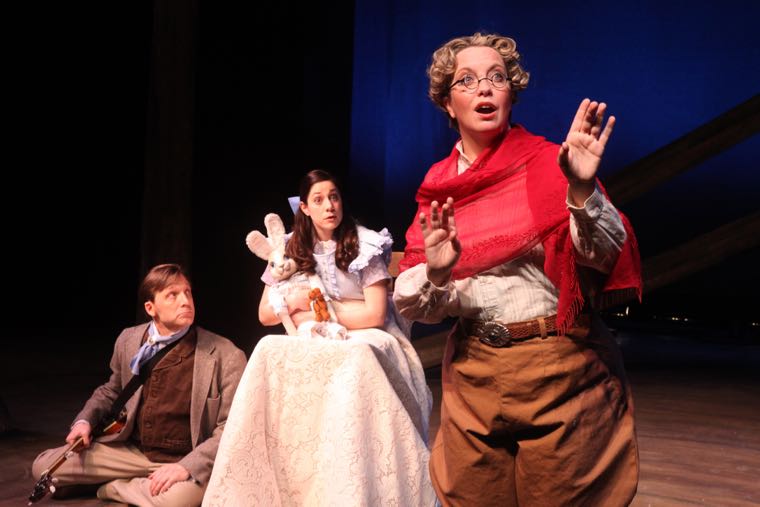 The playwright George Bernard Shaw once bemoaned, “Youth is wasted on the young.” If Shaw were alive today and in the audience at Children’s Theater of Charlotte, he might make a similar observation about CTC’s latest production, “The Miraculous Journey of Edward Tulane.”

It’s not that kids can’t appreciate this whimsical tale about a prideful, toy rabbit that learns to love; it’s simply that this story offers so much more that even grownups can recognize and appreciate.

Based on the award-winning book by Kate DiCamillo (who also wrote “Because of Winn Dixie”), “Edward Tulane” is the story of loss, broken dreams and learning to be whole again. In short, it is the quintessential story of life.

Unlike some CTC productions, “Edward Tulane” comes with minimal staging – only two large turntables, one stacked atop the other, that rotate slowly to reveal Edward’s many adventures.

The production has only four actors, and each is visible throughout the 80-minute show. One of those actors is a young African American named Devin Clark, who plays the lead role of The Man. Some of his local credits include Theatre Charlotte’s performance of “To Kill a Mockingbird” and the now-defunct Carolina Actors Studio Theatre (CAST) production of “Sizwe Banzi Is Dead.”

The star of the show, of course, is Edward, a small, china rabbit that never actually speaks. (It is, in reality, a toy.) Edward’s thoughts are conveyed through banjo-plucking Musician (Mark Sutton). Rounding out the cast are The Woman (Margaret Dalton) and Traveler (Allison Rhinehardt).

For all its whimsy, “Edward Tulane” shines an unflinching light on some of life’s most vexing challenges – death, separation, despair, self-worth, child abuse, personal loss and, eventually, restoration.

The play opens in the home of a wealth family, where Edward is given as a toy to a little girl who adores him. But Edward, more concerned with his own vanity, does not return the child’s affections. (After all, he was finely crafted from china and genuine fur and wears silk pajamas.)

His pampered life takes a sudden dive (literally) when he is tossed overboard during a transatlantic voyage and comes to rest at the bottom of a lonely sea.

Edward is eventually rescued, but his troubles (as well as his life lessons) are just beginning.

What I liked about this play was its simple message: “If you have no intention of loving or being loved, then the whole journey is pointless.” Along the way, this story touches on some weighty subjects – death and child abuse – but those scenes are brief and certainly aren’t the focal points.

With minimal staging to get in the way, expect to enjoy some unadulterated storytelling with a heartfelt lesson that’s as real as life itself.

Originally scheduled to close Feb. 7, this show has been extended through Feb. 13 by popular demand.