With a win over Seattle, Panthers are in no mood to apologize

Despite nearly blowing a 31-point halftime lead and being shut out completely in the second half, the Carolina Panthers say all that matters is the team's win over Seattle. 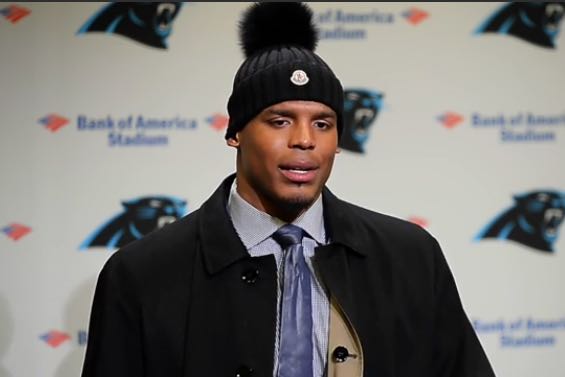 The Carolina Panthers were in no mood to apologize for their 31-24 victory over Seattle Seahawks in Sunday’s divisional-round game at Bank of America Stadium.

Never mind that the Panthers went in at halftime with a 31-point lead, the sixth-largest halftime lead in NFL history, according to The Charlotte Observer.

Never mind that they eventually won by a mere 7 points.

Never mind that the game wasn’t nailed down until linebacker Thomas Davis came down with Seattle’s desperate onside kick with 1:11 remaining.

Never mind that the Panthers, once again, caused some major heartburn among their loyal fans.

Never mind any of that, because, at the end of the day, they came away with a win – and that’s all that really matters, team members said in postgame interviews.

“We’re moving on. We won the game,” Davis was quoted as saying in the Observer. “We’re not going to sit here and pout about them scoring some points.”

In his own postgame interview, quarterback Cam Newton praised the win but said the Panthers still have some work to do. He also said that, with the clock favoring the Panthers, the team’s goal at times was simply to “play keep-away.”

The Panthers will next play the Arizona Cardinals in the NFC Championship Game. Approximately 7,000 available tickets for that game went on sale Sunday night at 7 p.m. and were gone in less than three minutes, the team said.