Kirk Franklin wants us all to lose our religion

Gospel Insight with Tonya Rivens Gospel artist Kirk Franklin is no stranger to taking on controversy. With the release of […] 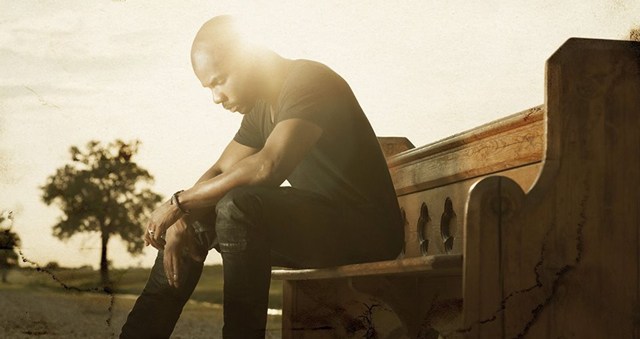 Gospel artist Kirk Franklin is no stranger to taking on controversy. With the release of his latest album, “Losing My Religion,” Franklin again finds himself speaking out on difficult topics.

Gospel artist Kirk Franklin is no stranger to taking on controversy. With the release of his latest album, “Losing My Religion,” Franklin again finds himself speaking out on difficult topics.

The album’s first single, “Wanna Be Happy?” is an up-tempo song with an urban beat that is gaining major airplay in gospel and secular arenas. While its overall message is about finding happiness in Jesus, Franklin uses the song’s video to tackle issues including drug addiction, domestic violence and armed robbery. Kirk says the new project is like a movie.

I recently interviewed Franklin and asked him about those who criticize his music and refer to it as “trap gospel,” or misguided. He said he realizes that not everyone will like his work but said he feels confident his music is God driven.

“As long as they get Jesus, it’s alright,” he said.

“Wanna Be Happy?” is currently No. 1 on the Billboard’s Hot Gospel Songs chart, and it debuted at No. 1 on digital.

In an interview with thegrio.com, Franklin apologized to the gay community for what he characterized as mistreatment of gays by the black church.

“We have not treated them like people,” he said of the LGBT community. “We’re talking about human beings, men and women that God has created.

Franklin has been in the gospel industry for 22 years, has done 11 projects and is considered a gospel superstar. Do his views accurately reflect the black church? He is correct in saying that the gay community has been treated unfairly by the black church?

If Christians don’t believe in the LGBT lifestyle, should they not have a right to stand on those beliefs? The fact that some are now holding conversations about the LGBT lifestyle is a good indication of how much the black church has evolved.

As for his new album – his first in five years — Franklin told thegrio.com that he wants to “erase the dogma and the ideology” that get in the way of the simple message of salvation: “For God so loved the world that he gave his only son, that whoever believes in him should not perish but have everlasting life.”

In his interview with me, he continued that theme:

“Religion itself has always been man’s approach to try to define who God is,” Franklin said. “…God has already defined himself to us by sending us his son.

He said religious rules without a true relationship with God will only lead to rebellion.

In addition to his studio work, Franklin has kept busy with other projects, including “Sunday Best,” “The American Bible Challenge,” and “Kirk Franklin’s Praise” on Sirius XM.

You can listen to my entire interview with Franklin below.