Panthers coach Ron Rivera says his quarterback has grown up a lot since his rookie year, when Rivera once referred to him as “Mr. Mopeyhead.” 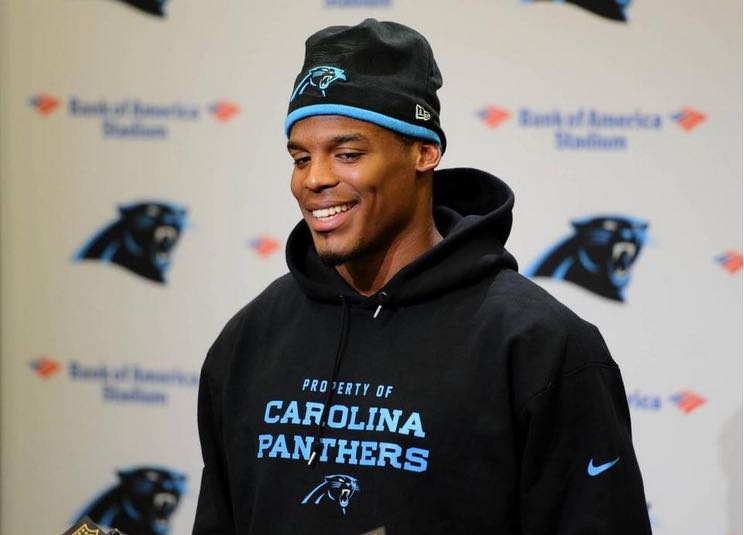 Carolina Panthers quarterback Cam Newton has his team at 7-0, with 11 consecutive regular-season victories, which means it’s been a long time since he’s had to be ‘Mr. Mopeyhead.’ (Photo: David T. Foster III, The Charlotte Observer)

Early in Cam Newton’s career, when the Carolina Panthers were losing more than they won, how Newton responded to losses became part of the narrative for the franchise quarterback.

The Gatorade towels he pulled over his head, his “suggestion box” comment after a loss to the Giants in 2012 – all of it became fodder for the critics.

Now that the Panthers are 7-0 and the last unbeaten team in the NFC, Newton’s sideline sulking from his first two seasons seems like a long time ago.

“All I want to do is keep winning. Nothing’s changed,” Newton said Wednesday. “I play this game for one reason and that’s to find ways to get another win in the win column. That’s what the fans come to the games to see.”

Newton, in his fifth season, began the year with a 30-31-1 record as a starter. But despite the loss of No. 1 wide receiver Kelvin Benjamin, Newton has the Panthers off to the best start in franchise history as part of an 11-game regular-season winning streak, and he isn’t looking back.

Newton didn’t flinch Wednesday when a reporter asked about his vision for this team.

“Super Bowl. That’s simple,” he said. “We play this game for one reason, I say it constantly.”

The Panthers should have a better idea of their Super Bowl hopes Sunday’s 1 p.m. home game against Green Bay (6-1), which lost to Denver last week but has the second-best record in the NFC.

“Any time you have a team that is a Super Bowl contender, it’s just going to be an added game that we can put under our belt that will get us prepared to make that next leap,” Newton said.

Green Bay coach Mike McCarthy, who was with Newton at the Pro Bowl after the 2011 season, called the Panthers quarterback one of the better players in the league. McCarthy says prepping for Newton is no picnic.

“I can tell you clearly we’re studying Cam Newton and preparing all the different things he does,” McCarthy said during a conference call. “From a diversity standpoint, I don’t know if there’s a quarterback that does more than he does from the quarterback position.”

Newton’s numbers this season are on par with what he’s done the past two seasons. But because the Panthers are winning, people are noticing Newton, who’s been mentioned as a MVP candidate.

Newton says he’s not fazed by the attention on him – the New York Times sent a reporter to Bank of America Stadium on Wednesday to do a piece on Newton – or the team.

“Nothing that’s happening has probably caught anybody off guard, as far as how to react or what to expect from the fans,” Newton said. “Yes, there’s been a lot of ticket requests, but you’ve got to expect that. Nobody wants to go to a team that’s 0-7.

“Everybody wants to see the Carolina Panthers play because we have a lot of wins in the win column. We just have to make it worth everybody’s while.”

Newton spread the praise around Wednesday, pointing out the roles played by backup offensive linemen Fernando Velasco, Chris Scott and Amini Silatolu in Monday’s win against Indianapolis because of injuries to starters Ryan Kalil and Andrew Norwell.

He also referenced the long hours put in by assistant coaches who stay at the stadium until the “wee hours.”

As for Newton, Panthers coach Ron Rivera says his quarterback has grown up a lot since his rookie year, when Rivera once referred to him as “Mr. Mopeyhead.”

“But he’s always been that way. Losing is hard and I get it. A lot of us channel it in different ways and he channels his in a specific way. I think he’s grown from it. I think it’s helped him, too. Hopefully we don’t find out.”