After capturing more than 52 percent of the vote, Roberts will become the second woman to ever lead Charlotte city government. 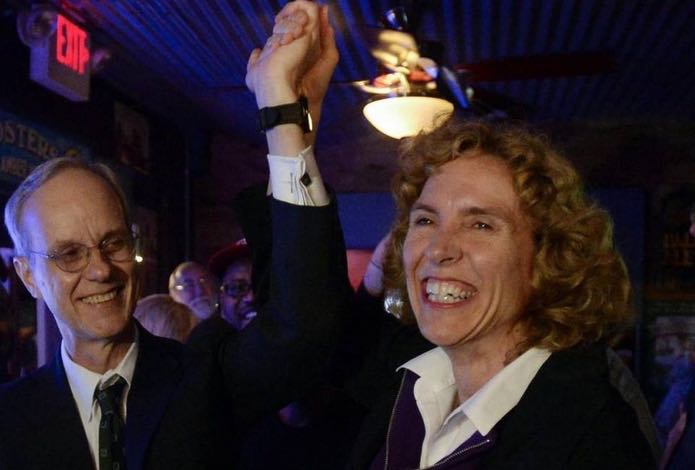 Jennifer Roberts will be the next mayor of Charlotte after capturing 52.19 percent of Tuesday’s vote to defeat Republican challenger Edwin Peacock.

In an email to supporters, Roberts said she won because she offered voters a “a positive, optimistic message and vision about what we can do for every corner of this city…”

“There can be no doubt that this will send a message heard in every corner of our city,” she said.

Speaking to his supporters after the results had become clear, Peacock said he plans to be a “citizen’s servant” and focus on his family and business, according to CharlotteObserver.com.

“We felt like our stars were rising and Jennifer’s were falling this week,” he said. “Obviously, they didn’t fall enough.”

Despite leadership turmoil and an aggressive campaign based on anxiety about busing, Charlotte-Mecklenburg school board incumbents Ericka Ellis-Stewart and Mary McCray hung onto their seats Tuesday and were joined by the like-minded Elyse Dashew.

Jeremy Stephenson, the sole Republican among the nine at-large candidates, fell almost 4,000 votes short of a seat, despite a slew of GOP endorsements and last-minute email blasts saying he was the only candidate who would oppose “forced busing.”

Mitchell finished with 14.3 percent to Powell’s 14.2 percent. The loss continued a citywide losing streak for Republicans, who have lost the mayoral races and all at-large seats in the last three elections.

Julie Eiselt, running for the first time, finished first with just under 17 percent.

Incumbent Vi Lyles was in second place. Claire Fallon, another incumbent, was third.