In a major shift, the organization now says mammogram screenings for breast cancer should start at age 45, not at age 40, as previously recommended. 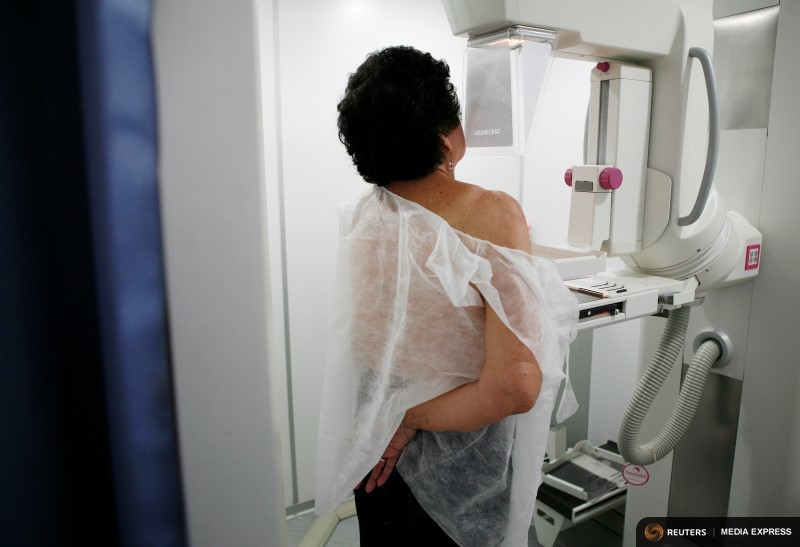 (Reuters Health) – In a major shift, the American Cancer Society is recommending that women at average risk of breast cancer get annual mammograms starting at age 45 rather than at age 40, and that women 55 and older scale back screening to every other year.

The new guidelines, published on Tuesday in JAMA, fall more closely in line with guidelines from the U.S. Preventive Services Task Force, a government-backed panel of experts that recommend biennial breast cancer screening starting at age 50 for most women.

Not everyone is happy with the new recommendations, and some say they could pose serious health risks to African American women, who face a higher death rate from breast cancer.

The Task Force’s 2009 recommendations to reduce the frequency and delay the start of mammogram screening were based on studies suggesting the benefits of detecting cancers earlier did not outweigh the risk of false positive results, which needlessly expose women to additional testing, including a possible biopsy.

When the Task Force first recommended pushing back the start of mammogram screening from 40 to age 50, many advocacy groups, including the American Cancer Society, decried the change. Some experts charged that it would result in more women dying from breast cancer.

A recent draft of updated guidelines from the Task Force in April that have not yet been finalized acknowledge some women in their 40s may benefit, and say the decision of screening women in their 40s should be based on individual discussions between a woman and her doctor.

“You see this moving from a one-size-fits-all approach to something that’s more personalized and more individualized, which is where medicine is going,” said Dr. Kevin Oeffinger, a primary care doctor at Memorial Sloan Kettering Cancer Center in New York, who chaired the panel that crafted the new American Cancer Society guidelines.

The new ACS guidelines are the result of a review of new evidence on the benefits and harms of breast cancer screening. It found that younger women through age 54 benefit more from annual screening than biennial screening. Oeffinger said biennial screening among women older than age 55 is acceptable, because women’s breasts tend to be less dense and their cancers tend to grow more slowly after menopause.

The ACS guidelines also recommend women continue screening as long as they are healthy or until their life expectancy falls below 10 years. Dr. Avice O’Connell, director of women’s imaging at the University of Rochester Medical Center in New York, said the new guidelines are more moderate and consider women under age 50 more seriously than those of the U.S. Preventive Task Force. “These new guidelines provide much better guidance to the clinicians and public of what should be done,” said O’Connell, who was not involved with the new guidelines.

The differences between the two sets of guidelines shows there is no single or correct answer for when and how often women should be screened for breast cancer, said Dr. Nancy Keating of Brigham and Women’s Hospital in Boston.

Dr. Keating, who co-wrote a commentary accompanying the new guidelines, said the differences between the two groups emphasize the need to talk to patients and understand their preferences about breast cancer screening.

The new ACS guidelines also recommend against clinical breast exams in which doctors physically check a woman’s breasts for lumps and they stress that cost should not be a barrier to breast cancer screening. For an uninsured woman, a mammogram of both breasts costs about $300, according to Healthcare Bluebook.

The U.S. Preventive Services Task Force said in a statement the group will review the evidence and guidelines from the American Cancer Society as they finalize their recommendations.