Cassandra O’Neal: Walking in her purpose

Gospel recording artist Cassandra O'Neal talks with Qcitymetro writer Tawanda Black about her music and her role in the local musical "Daughter of the King." 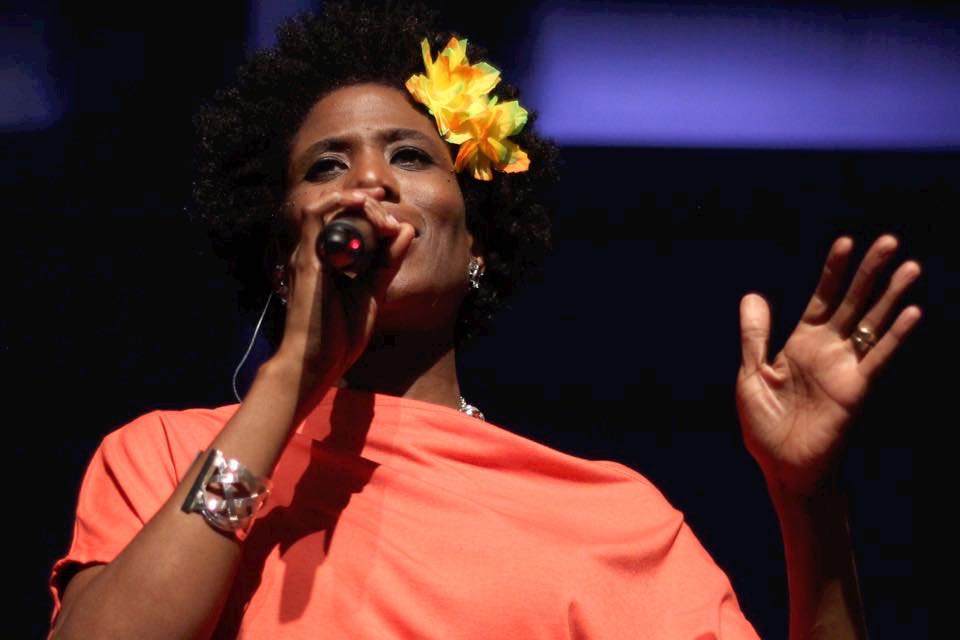 Gospel recording artist Cassandra O'Neal talks with Qcitymetro writer Tawanda Black about her music and her acting role in the local musical "Daughter of the King." (Photo: Dsignsnall Photograghy and Camino Church at The Way)

It seems that gospel-recording artist Cassandra O’Neal is always finding ways to redefine herself.

On Saturday, O’Neal will put her acting skills on display when she plays the role of Ophelia King in a locally produced musical, “Daughter of the King,” which tells the story of three sisters (preacher’s kids) and how they came to cope with a dark secret.

I’ve caught a couple of O’Neal’s singing performances, but I had never had a chance to talk with her…until now.

She said the character she plays in “Daughter of the King” is, in some ways, a lot like her – “sassy, and she doesn’t take anything off anybody.”

“You’ll get to see me dancing all over the place,” O’Neal said. “…The play itself is a wonderful ministry that changes lives. It opens opportunity and doors for those that come to see it.”

O’Neal began her career as a national recorded artist in 2010, after signing with Platinum Vybe Recordings of Charlotte. Believing that she should always walk in her purpose, she left the label two years later to become an independent artist. She’s now preparing for the November release of a bilingual album titled “Once Again.”

Q. You’ve performed alongside some well-known artists — James Fortune, Maurette Brown Clark, and VaShawn Mitchell. What was that like?

The opportunities that came or were afforded to me as a fresh new artist on the scene opened up the gate, and I couldn’t believe it. I opened up for Israel Houghton and VaShawn Mitchell, and then the very first time I met James Fortune, I was on stage with him. Someone from his camp called and said, “Hey, James is gonna be in Concord. You were referred to us. Can you help?” They wanted me to be a background vocalist to help open up for him. I was like, “Wow, someone referred me?” We performed, and he asked me to sing with him. That night, he tweeted me, “Your voice is amazing.” I was floored.

Q. Any regrets about leaving the label?

No, we did a two-year contract, and I’d have to say that even though we are no longer in business together as record label and artist, they still very much support Cassandra O’Neal, and it’s just amazing that they’re still pushing the music and me as an artist. We chat every now and then. I’m thankful that even though we’ve parted ways, it was on good terms. …I had some facets of Cassandra O’Neal that didn’t quite fit in with Platinum Vybe’s idea for her with being just a gospel artist. I’m a gospel artist, I’m a worship leader, I’m a worship consultant, and minister. As an independent artist, I can focus and not be locked into one thing.

Q. What made you switch gears and go into acting?

Here again, it was a God thing. I never thought I could act. Actually, last year with the help of two ministers, I stopped saying that. I saw where they were holding auditions for the musical play, “Change Gone Come.” At that time, I was new, and I wanted to branch out and see what else I could do.

Q. What all do you do in the community?

We (Camino Church at The Way) have a free clinic. Nobody has ever given a bill or charged anything. People that don’t have insurance or money are seen for free. The clinic has four doctors who volunteer their services for the children to come for check-ups and immunizations. Then, we have a discount clothing store, right along with Goodwill and Salvation Army. You can find just about everything in the store. We have a food pantry that gives out groceries. It’s not like going to some of these other agencies that just hand you a box of food. We actually have a store and a place where you go in with a cart. You shop, and you go through and put the things in the basket while you shop. It allows people to keep their dignity. It doesn’t feel like it’s a handout…

For the last few years, I’ve been spending Thanksgiving and Christmas with the homeless. The church will go out, pick them up from the shelter and bring them in while they’re waiting for dinner to be served. It’s dinner. It’s no canned cranberry sauce. Men and women from the church come together and fix the homeless Thanksgiving and Christmas dinner. We give them haircuts and hygiene bags. We do toy giveaways at Christmastime.

Q. Where can Qcitymetro readers find your album?

The first CD, “Life Songs,” can be found on the digital sites. I have a few physical copies. All they have to do is let me know via Facebook or Instagram and we will put that in the mail to them if they aren’t in Charlotte. The new album is “Once Again.” It’s almost done. We only have three songs left to do in Spanish — it’s amazing. We’re just finishing that and getting all that mixed and mastered. That will be on all the digital sites like ITunes, CD BABY, Rhapsody, and all those sites.

Q. Do you think you are more successful as a bilingual and independent artist?

I don’t want this to sound bad, but I think so. …All these doors are opening up, and they aren’t opening up for nothing. When He’s opening up the doors in the Hispanic world, I have to be able to go through there. I need to be able to do that and minister for White, Black, Hispanics, and they love it.

Q. Any words of wisdom for up-and-coming artist?