At Northlake Mall, the Bohannon sisters carry on the family business

For Marquis and Marquel Bohannon, entrepreneurship is in the blood. They grew up in Atlanta watching their parents, Anita and […] 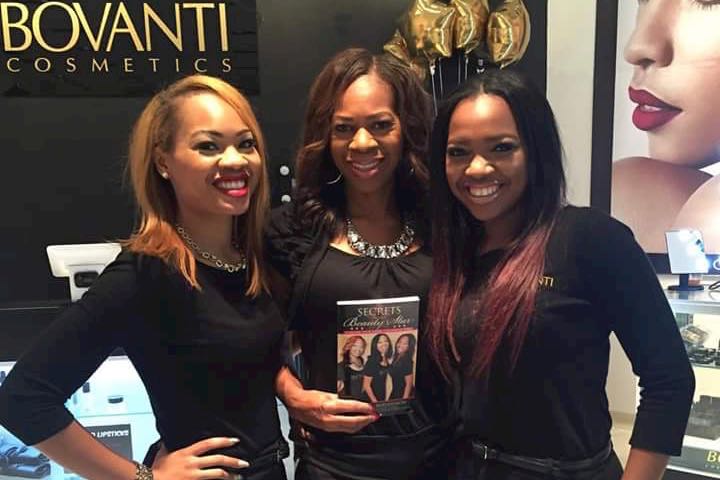 For Marquis and Marquel Bohannon, entrepreneurship is in the blood. They grew up in Atlanta watching their parents, Anita and Michael Bohannon, build Bovanti Cosmetics & Spa, a line of beauty products that dates back more than 32 years.

So when time came for the sister to venture out, they knew exactly what they wanted to do. Five years ago, they opened their first Bovanti location, independent of their parents, in the Four Seasons Mall in Greensboro, and on Oct. 1, they opened their second store – at the Northlake Mall in Charlotte.

The sisters have master’s degree in business, and each is a licensed makeup professionals. Marquis, 29, handles much of the business side, while Marquel, 27, is more hands-on with the cosmetology part of the business.

I met with these second-generation entrepreneurs at the food court in Northlake Mall a week prior to their grand opening, just to get an idea of who they are. I knew opening day would be chaos in the flesh. It was just easier to speak to the sisters without all the excitement surrounding them.

In the Q&A below, all questions were answered by Marquis.

Q. Are you taking over the Bovanti brand as your own?

No. We just have our own two stores. They are the owners. They’ve owned the store for 33-years. They still own it. They’re at the main store in Atlanta. They’re still involved with a lot of what we’re doing now.

Q. Do you think that you’ve found the right team to run this store?

You have to work on it. You have to be able to communicate with the team and let them know what your goals are while you’re there. We’ve actually developed a strong team. We have a high retention rate with our girls that have been with us from five years, four years, and three years. We keep our girls. We just continue to develop them and train them because it’s not just a makeup store. We’re here to develop them and grow these young ladies because we know they aren’t going to be with Bovanti forever. We want to have a good starting place for them and to develop them into being great women.

Q. How long did it take you to get into this spot, considering that you still have the Greensboro store open?

It took us a few months. It really took a lot to get into this space. Originally, they offered us a Seally Mattress store that had carpet on the floor. It didn’t feel right. The neighboring location that was beside our store was nothing that a Lady would like. We didn’t have the right area, so we waited. Months later, space became available. So, I called the mall in early March and spoke to someone. She told me that we had something. Therefore, we went back and forth. So, now we’re here opening October 1st, next to Michael Kors.

Q. How big is it to stay educated, in addition to being current with the craze?

It’s very big because trends can change so quickly. We have to stay one-step ahead of the curve instead of behind it. That’s not just in the makeup industry. It’s in business. There’s new technology and ways of doing things — different systems, especially to enhance your business. We go to the different conferences, sales conferences, and makeup conferences. That’s something I’ve always wanted to do. My dad always calls me fearless cause I do what I want. I go across country. I save my money cause I’m going to do this and I’m going to learn. The whole point is to take our business to unseen heights. In order for us to do that, we have to learn, and we have to do more than our parents did.

Q. Can you give us a seasonal tip?

Cleanse the skin. That’s number one. You have to take care of your skin. You gotta use moisturizers and SPF. We as African Americans don’t feel that we have to do all that for our skin. However, when we get a scar, our skin heals with a darkened layer. If you use the SPF, that will take care of that. You cleanse, tone, and moisturize your skin.