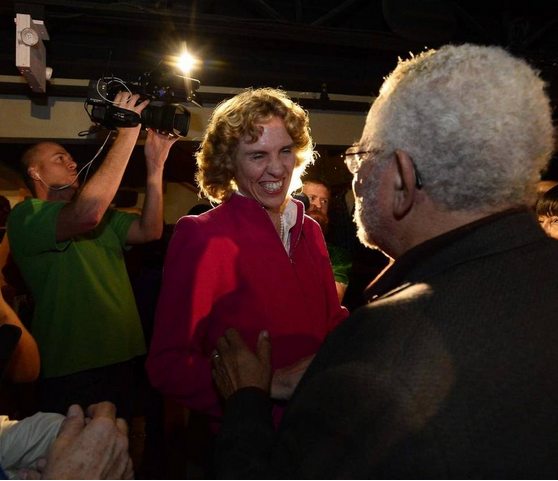 Jennifer Roberts thanks her supporters after she won the Democratic primary for Charlotte mayor during a party held at Peculiar Rabbit Tuesday, October 6, 2015. (Photo: Robert Lahser, The Charlotte Observer)

A total of 6.09 percent of eligible voters went to the polls to select the person who could become Charlotte’s next mayor. It was Mecklenburg County’s highest turnout for a runoff in two decades.

Roberts enters the general election on Nov. 3 with an edge. Almost half the city’s registered voters are Democrats; less than a quarter are Republicans.

She would be the city’s third female mayor, and the first elected since Republican Sue Myrick in 1989. She would be the second Democratic woman, after Patsy Kinsey, who served in 2013.